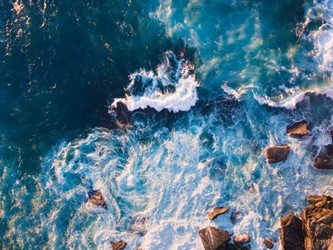 It never fails that, upon my return to the office after a busy conference, I end up staring at a blank word document (which should be an intensely insightful follow-up article) for what feels like hours. When this writer’s block happens as I’m trying to write poems, it’s generally a sign there’s absolutely nothing worthy in my head to put down into words. But when it comes to biosimilar conference follow-ups, the exact opposite is true: my head is full of all kinds of worthwhile trinkets of knowledge, scenarios, and pithy quotes. Heading to the 2018 World Biosimilars Congress in San Diego last week for my third year in a row, I was curious to see how the themes discussed last year have evolved over the past year.

This year, the focus on the patient was even stronger than last year, thanks to the presence of several patient advocacy groups. (Their specific takeaways are worthy of their own article — or several. Stay tuned.) One of my biggest takeaways last year was questioning whether the U.S. would allow caution to keep our market 10 years behind the EU, despite all the positive progress that has been made overseas. Admittedly, this conference revealed the U.S is still trailing for a number of key commercial and legal reasons I’ve covered in past editorial. But this conference and its many speakers did a great job illuminating the positive work being done in the biosimilar industry as a whole — both in and outside of the U.S.

I’ve heard it said that innovation in the biosimilar world extends beyond the actual scientific and technical development of the product; innovation also applies to the act of changing and shaping regulations and perspectives. This year’s conference really emphasized the specific tasks being carried out by members of biosimilar companies, patient advocacy groups, payers, and research organizations to change and advance perspectives. What I found most encouraging was each speaker’s sense of duty toward growing the biosimilar industry. They each were equipped with a keen awareness of their organizations’ unique roles, what they each have to contribute, and even more importantly how they can contribute that knowledge to further this industry.

My interest in what I’ll term “biosimilar social responsibility” originated during a presentation by Florian Turk, head of global payer marketing, sales, and relations for Sandoz. I’ve heard it said more times than one that in order to establish more learned healthcare systems, it’s integral to observe the methods and practices being used in other countries. Throughout Europe, a lot of interesting and unique policies are being put in place to encourage biosimilar use. And, as Turk described, putting together a successful biosimilar market requires “joint ambition,” or a multi-stakeholder approach.

“We’re asking everyone involved to give something up to others to create an opportunity,” he described. But especially in the beginning, he emphasized that leadership is the key to building a successful system to improve biosimilar access.

Now, the stakeholders at the event that are these leaders are working their magic in different nations. This is great but also bittersweet; if they were all U.S.-based, I dare say we’d be on the path to making great strides in our own biosimilar market. In the U.S., one of these stakeholders is the IDN Kaiser Permanente. I’m not alone in expressing my interest in this organization, especially given their openness to biosimilars right off the bat (and not just Zarxio). As Ambrose Carrejo, who manages contracting and purchasing for Kaiser, shared, Zarxio has achieved 98 percent of the market share within the Kaiser ecosystem. And Inflectra, despite its commercial insurer struggles, currently accounts for 70 percent of infliximab use and 90 percent of new starts within Kaiser.

But it’s not just these sexy levels of biosimilar usage that caught my attention. I’ve often wondered if and when Kaiser might begin to share some data from its experiences, given its position as one of the most experienced U.S. ecosystems with biosimilars to date. I was thrilled to hear that day is coming soon. As Carrejo and his colleague, Jennifer Day, coordinator of Kaiser’s emerging therapeutics strategy program, announced, we will soon be privy to data from a switching of Inflectra in gastroenterology (specifically in inflammatory bowel disease). Though this study is still in progress, preliminary data reveals no significant changes in disease activity endpoints. Kaiser also looked into Zarxio’s impact on febrile neutropenia rates in comparison to Neupogen to determine non-inferiority and hopes to publish this (positive) data in the future as well.

Though I wish we were at the Norwegian level of confidence in switching (as in, switching studies are no longer needed), physicians and patients in the U.S. have been asking to see U.S.-centric data (just in case the EU doesn’t make humans quite like we do). Humor aside, this is a great example of “biosimilar social responsibility.” As Day said, “We want to do our part to contribute to the body of literature that’s out there. Even though there is switching data in Europe, we found our colleagues outside of Kaiser in the U.S. still want us to share our experience.”

Across the pond, I found the same drive within the National Institute of Health Research (NIHR), which is the clinical research network of the U.K.’s National Health Service (NHS). I met Matt Cooper, the NIHR’s business development and marketing director, last year at this very conference where he presented on the U.K.’s clinical trial network for biosimilars and its ongoing educational campaign. (The resources on the organization’s site are great — I urge you to take a peek.)

Now, the organization is working with IQVIA (formerly IMS and Quintiles) to build a real-world evidence (RWE) study that will provide a deeper dive into how biologics and biosimilars are being taken up and used within the NHS. As Cooper described, this effort is being undertaken to ensure patients’ experience of biosimilar usage is being researched and recorded. This RWE study is not to be confused with a safety and efficacy study; instead, the focus will be on how effectively the best-value biologic was used. This will involve examining the discussions that occurred between a patient and physician when a biosimilar was introduced into a patient’s treatment regimen. The study also aims to uncover patient-reported outcomes on quality of life and compare patients’ level of access and impact to the biologic — for instance, cost savings as well as what other values patients may receive from their treatments. These added values include home healthcare visits and other forms of assistance provided via brand and biosimilar patient programs, as well as educational materials and websites.

“We’re dedicated to this collaboration amongst ourselves, IQVIA, and patient advocacy groups,” Cooper said. “But we’re also trying to build a consortium of companies that are willing to look at the use of biologics and biosimilars in the NHS.”

To get a sense of the patient experience, we didn’t have to look much farther than Arthritis Consumer Experts (ACE), a patient advocacy group based in Canada. I was first introduced to this group a few months ago after reading their pro-biosimilar “To the editor” letter in The Vancouver Sun. At the conference, Cheryl Koehn, the organization’s president (and a rheumatoid arthritis patient) shared that ACE’s unwavering support of biosimilars has its basis in the scores of data released revealing the safety and efficacy of anti-TNF biosimilars.

Battling misinformation about biosimilars and educating has been a regular challenge, not only for the industry as a whole but also for ACE. And this is where ACE’s leadership in the patient space is clear. Koehn urged biosimilar makers not only to see themselves as innovators (which is how Canadian patients view biosimilars, she said), but also to continue being brave, to stand behind what companies are doing, and to keep getting the science right. What particularly resonated with me was the group’s dedication to the scientific data and the confidence it instilled in biosimilars. (And this acceptance of the science did come at a cost. As Koehn said, when it became crystal clear that safety, efficacy, and transitioning to a biosimilar from a biologic were not issues and ACE embraced this information, it did lose unrestricted grants from several originator companies.)

In addition to the group’s dedication to the scientific data, I was particularly interested in ACE’s efforts to educate other patient groups, payers, and policy-makers about using the appropriate language as it relates to biosimilars. “We at ACE decide for ourselves what the right language to use is, and we instruct others — including our payers, policy makers, and regulators — to adopt it,” Koehn said. “It’s critical that this industry begin using terminology that accurately describes what is going to happen to patients.”

Two terms Koehn pointed out as being particularly problematic are common in the biosimilar space: switching and non-medical switching. “We don’t use the word ‘switching,’ because it has all kinds of negative connotations,” she pointed out. “Why would you use a negative term to discuss a complicated, feared topic?” Instead, the group uses medical, while a “non-medical switch” has been renamed a “policy transition.” “You are being required to move from therapy A to therapy B because of a policy,” she said. “It’s that simple.”

It’s particularly difficult to boil down all the takeaways I received from Koehn and all the other presentations at the conference (at least for this article). Of course, though a number of leaders doing a great work moving this space forward, the industry still faces the challenge of answering the all-important stakeholder question that came up multiple times throughout the conference: “What’s in it for me?” But if there is one big thing we should be heartened by, it’s the level of leadership and stakeholder responsibility we’ve begun to see around the world that is setting us all up to find answers to that central question.