How Can Hospitals Lead The Biosimilar Charge? 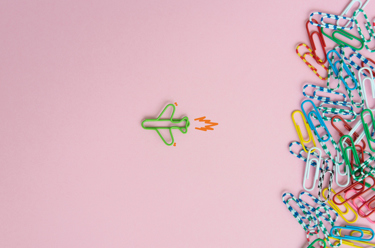 As we kicked off 2020, one of the most anticipated events for the industry was the introduction of several more Herceptin, Avastin, and Rituxan competitors in the curative oncology mAb space. After the first three launches which will be completed in March, the U.S. will have finally welcomed a little more than half of the 26 biosimilars currently approved.

This isn’t the first time the U.S. has seen multi-product competition in the biosimilar space. So far, we’ve had two versions of both filgrastim and infliximab on the market, and in 2019, we saw three competitors enter the pegfilgrastim ring. The supportive care biosimilars have been a slow but sure success story, and infliximab less-so, with some smaller, regional (albeit wonderful) efforts taking root. But if you talk to physicians and nurses in oncology, supportive care treatments are a much different animal than the curative therapies. There’s always been chatter that physicians may be resistant to transitioning patients relying on Avastin, Rituxan, and Herceptin to biosimilar versions. Education, more positive treatment experiences, and real-world evidence (RWE) have regularly been identified as the means through which oncologists will become more comfortable.

As we see greater uptake of biosimilars in the cancer space, I’ve been curious about the overall impact they can have on the different settings of care. Not only do they require some element of a cultural change within each organization, there are also educational efforts and operational considerations that need to be made.

That’s why, when I had the chance to chat with Dr. Chadi Nabhan, the EVP and CMO of Aptitude Health and an adjunct professor at the University of South Carolina, I jumped at the opportunity. Not only does he host the Outspoken Oncology podcast by the Journal of Clinical Pathways, but given his experiences as a physician and in healthcare management in multiple settings of care, he was the perfect person to discuss the impact of biosimilars on a wide spectrum of cancer care. He shared his thoughts on the operational challenges biosimilars may pose hospitals and what biosimilar manufacturers need to consider as they continue to invest in and launch oncology biosimilars.

Though there has been progress made in the immunology and gastroenterology spheres with infliximab biosimilars, it would seem as though most of the anticipation surrounding the arrival of biosimilars has been centered in the cancer care arena. There have been a multitude of innovative oncology therapies and combination treatments brought to market in the past decade that, though remarkable, have increased the financial toxicity for patients battling the disease. In turn, the prospect of competition has seemingly been received more willingly in the oncology space than others.

As Nabhan clarified, the oncology community may not be celebrating the arrival of biosimilars the same way it would a breakthrough curative treatment, but it does see biosimilars as an additional treatment option for patients that need financial relief. He anticipates that it will still be some time before we get a better sense of oncologists’ usage patterns in the curative space, seeing as we only have a few months’ worth of data for Amgen’s first-to-market biosimilars (and even less for Pfizer’s and Mylan’s). On the supportive care side, Zarxio has attained upwards of 50 percent of the market as it embarks upon its fifth year on the market, and Udenyca has conquered a little over 20 percent market share in all of 13 months. (Latest figures I’ve seen have Mylan’s Fulphila at around 6 percent, a smaller figure due to some now-resolved supply issues.)

That said, however, it’s hard to talk about the different sites of care equally. As Nabhan explained, oncology care takes place in hospitals, outpatient centers, community cancer clinics, and integrated delivery systems. “Most patients are likely going to receive their cancer care in both hospital in-patient and outpatient arenas,” he said. However, he predicts there will be differences in uptake among different sites of care — particularly hospitals and clinics — starting out, because of how each site approaches formulary decisions.

Within the hospital setting, the pharmacy department is typically equipped with great purchasing power and determines which products the hospital will have on its formulary. The independent clinic on the other hand faces its own unique challenges, especially due to the buy-and-bill method of reimbursement. In these physician-owned clinics, the doctors make the decision which treatment they should purchase. This is a critical decision seeing as it affects their bottom line and ability to operate profitably.

“I’d envision that there would be faster biosimilar uptake for curative therapies in hospitals because hospitals are able to purchase more volume, and stocking and inventory are well-oiled processes,” Nabhan explained. “Hospitals just have a bit more operational flexibility. That doesn’t mean I think clinics will lag too far behind or won’t influence uptake; I just think hospitals will be leading the charge.”

In order for his prediction to come true, one of the biggest challenges Nabhan expects hospitals will need to overcome is educating their physicians about this much needed transition to biosimilars. We’re no strangers to the myths and misperceptions circulating about biosimilars, and one of those biggest misperceptions is that biosimilars for curative biosimilars will not be as good as the brand. Physicians may be hesitant to prescribe a biosimilar in certain cancers because they are concerned it won’t cure like the brand would, Nabhan explained.

This is where hospitals need to be on top of their educational outreach. “They should of course ask physicians to share their concerns about transitioning or using biosimilars in tougher clinical cases,” he said. “But at the same time, hospitals should also be showcasing real-world evidence and other data that demonstrates these products are the same clinically.”

In addition to bringing in key opinion leaders in the different therapeutic areas, the hospital pharmacist and nurses are also critical touchpoints. In fact, one of the biggest mistakes Nabhan believes manufacturers make is not targeting the nurse as much as the physician in their biosimilar educational efforts.

“The reality is, the patient often feels more comfortable discussing their concerns with the nurse,” he added. “This is a patient’s treatment journey today.” (On a side note, check out these great educational tips and insights on the nurse’s perspective on biosimilars from the chief clinical officer of the Oncology Nursing Society.)

Manufacturers should also not overlook the impact that investing in RWE could have on reassuring these necessary stakeholders. Ensuring that this information reaches physicians in channels that are best suited to their schedules — for instance, WebExes or webinars — will provide busy oncologists with quick updates and interactive information on biosimilars.

What Challenges Will Biosimilars Pose To Hospital Operations?

In the early days, when there were only two or three biosimilars with little to no payer coverage, it simply was easier for sites of care to stick with the originator, partially because payers were slow to move. However, as competition grows and more products enter the market, we’ve continued to see some flip-flopping from payers in their formulary coverage of biosimilars — the biggest upheaval thus far being UnitedHealthcare’s preference of branded Neulasta and Amgen’s biosimilar curative therapy portfolio, instead of biosimilars Fulphila or Udenyca.

Nabhan expects hospitals will still be faced with these difficult decisions — though this time, the challenges will stem from the fact that there are more biosimilars entering the playing field. “Put yourself in the shoes of the hospitals,” he said. “You’ve updated your formulary, altered your electronic medical record, and you’ve stocked the originator and a biosimilar. After you have all of this ready, there’s a new biosimilar that launches. Are you going to flip everybody onto the new biosimilar product? We’re going to be faced with upwards of five Herceptin biosimilars. As a hospital, are you going to keep switching products as they come out?”

I particularly liked Nabhan’s advice to manufacturers in light of these operational considerations. We’ve learned — sometimes the hard way — that no two biosimilars have the same commercialization journey. Every therapeutic areas’ patients and physicians have different levels of knowledge, confidence, and needs. As it turns out, the same is true for healthcare systems.

A privately owned hospital system spread across a handful of states that comprises several hundred physicians will have its own protocol for how many and which products to stock. Though finances may play a role in these decisions, Nabhan explained that physicians’ prescribing decisions go beyond that. Doctors will not prescribe a medicine they don’t feel is right for the patient (which takes us back to the importance of biosimilar education). This means biosimilar manufacturers need to do their homework to understand how each hospital or healthcare systems make their supply and prescribing decisions. For example, many practices have their own internal clinical pathways that have been established within the practice or in partnership with a payer, and biosimilar manufacturers will need to make sure that their products are integrated into these treatment pathways for maximum uptake. (A great example is this pathway that was put together by the largest rheumatology practice in the U.S.)

In an upcoming article, Nabhan and I continue our discussion on the prominence of value-based care and how biosimilars and biobetters can work within these frameworks. Stay tuned!