Why This Biosimilar Initiative In Rheumatology Is One To Watch 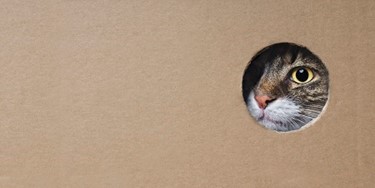 Generally speaking, when it comes to fixing or advancing the U.S. healthcare system, it’s easier said than done. Look no further than the endless slew of proposed legislation that has, more often than not, been struck down in recent months. While in the EU, it’s relatively easy to point to solid examples of how countries or healthcare systems have taken action to navigate any systemic barriers and get biosimilars into patients’ hands, in the U.S., true progress has been spotty. If pressed, I assume most of us would point to Kaiser Permanente as the most meaningful example of wide-scale transitions to biosimilar treatment. That’s why, whenever I hear of an organization or health system taking action to implement biosimilars, I become unceasingly curious about how they did it. (#Magic.)

This was the case just a few short weeks ago when I came across a press release directing me to a story published by Dr. Colin Edgerton of the Articularis Health Group (AHG) and the newly launched Articularis Rheumatology Network (ARN) Group Purchasing Organization (GPO). I was pleasantly surprised by several facts I read in this story, starting with the title “Rheumatologists Lead Biosimilar Uptake With Value-Based Pathways.” The number of players in the U.S. healthcare system, the use of rebates, and a lack of education have all been tied to the difficulties in getting biosimilars to the market — especially in the rheumatology field. Given the lack of transparency and the issues biosimilar manufacturers have faced receiving support from payers for their infliximab biosimilars, it may have seemed as though the rheumatology community would find access and use of biosimilars in today’s healthcare system limited. That’s why I immediately perked up upon hearing that the largest rheumatology clinic in the U.S. (AHG) had taken matters into its own hands.

Currently, there are 40 physicians participating in this pathway. These physicians are part of AHG, which is a single rheumatology practice that is split up into several different sites based throughout South Carolina and Georgia (known as a supergroup). Thanks to the development of a value-based pathway, these 40 providers have successfully transitioned a majority of their patients to an infliximab biosimilar over the past year, and the organization’s long-term goal is to see this pathway expand beyond this supergroup.

We’ve heard the words “value-based” a lot these days, especially given the new, high-priced oncology treatments and cell and gene therapies. But I was curious about what this meant in the context of biologic and biosimilar treatment in rheumatoid arthritis. I also wanted to get a better sense of the clinic’s best practices in terms of educating its providers and how it plans to roll out this pathway on a larger scale. What I learned not only reinforced certain best practices I’ve heard before amongst physicians engaging with biosimilars, but it also presented an interesting alternative for physicians and manufacturers to consider in settings outside of the hospital outpatient center — an area which grows increasingly smaller and more difficult to navigate by the day. In the first of what will be two articles, I’ll share how AHG established its value-based pathway and the best practices the physicians learned along the way that improved overall reliance on biosimilars.

Defining A Value-Based Pathway In Rheumatology

In any therapeutic area, whether it be rheumatology, oncology, or gastroenterology, treatment guidelines exist to ensure there is consistency and understanding amongst physicians as to how patients are to be treated and how clinical progress should be measured. These evidence-based guidelines are put together considering only the clinical impact of a treatment, and not the financial. As Dr. Edgerton explained, cost requires an additional type of analysis—not to mention, a lingering argument throughout the physician and patient organization sphere has been that cost should not dictate treatment choice. (Particularly in cases when the payer dictates a treatment change.)

But the reality of skyrocketing costs for agents in chronic therapeutic areas has encouraged some organizations, like AHG, to find ways to include cost in the treatment decision-making process. “The value-based treatment pathway takes the evidence-based guidelines and essentially applies a second set of rules that enable there to be some cost savings built into the treatment,” Dr. Edgerton explained. “These cost-related rules don’t transgress the evidence-based guidelines, but they create the framework to ensure a patient receives the highest quality care for their condition while reducing some of the cost.”

In the grand scheme of things, the treatment guidelines via ACR are quite broad. As Edgerton summarized, they dictate that, generally, physicians first prescribe a non-biologic agent. Should this treatment not work appropriately for the patient according to ACR’s clinical guidelines, the physician may prescribe a targeted immune modulator, which can be either a biologic or a small molecule. For example, a naïve rheumatoid arthritis (RA) patient may start on methotrexate, which is the current standard of care for those starting down the RA treatment pathway. However, if the drug fails to perform in accordance to ACR’s clinical measures, the physician has a variety of biologic agents from which to choose. Among equivalent agents, the guidelines do not specify or list preferences about which biologic agents should be used.

The breadth of the guidelines created the opportunity for AHG to build its value-based pathway. “Rheumatologists have a number of clinically equivalent agents in different classes,” said Dr. Edgerton. “We want to maintain access to all the different classes of medications, but our physicians don’t really need to be choosing from five different TNF inhibitors. That’s where the idea for the pathway came in; we could reduce the number of choices in collaboration with the payer and start making real value-based decisions.”

One of the best ways Edgerton and his team found this pathway could be implemented effectively was by integrating the necessary information into the electronic health record (EHR). When the patient enters the rheumatology clinic for treatment, the physician or nurse is able to access not only the patient’s personal health information, but it also shows where the patient is on the treatment pathway — for instance, which treatment(s) the patient is taking, how long they’ve been on the treatment(s) as well as their clinical progress accordance to the American College of Rheumatology’s (ACR’s) guidelines for clinical disease measurement activity. For RA, there are five recommended clinical disease measurements and a scoring system is built into the EHR so the physician can visually track how each patient is doing on their current medication(s) regardless of the measure that is used. This information is then used to guide physicians’ decisions about whether to change or keep patients on a specific treatment.

When I asked how cost was factored into this decision-making process, Dr. Edgerton clarified that cost is not included in each patients’ EHR information. Instead, the clinical guidelines can be used to determine whether a more expensive therapy is needed or whether a patient has been on a treatment long enough (and has seen the necessary benefits) to justify a transition to a more cost-effective biosimilar.

“The pathway ensures cost savings by preventing escalation of a therapy when it’s not needed, or, by contrast, escalating or changing therapy when it is needed,” he shared. “It’s important the physician be able to see how long the patient has been on the treatment and what their disease activity has looked like over time. A physician doesn’t want to change treatment too quickly before determining the drug’s performance, nor do they want to continue treatment on a drug when the disease activity doesn’t support it.”

What Education Was Most Helpful During The Pathway’s Implementation?

In the biosimilar space, we’ve built education programs targeting the physician because they’re one of the most critical stakeholders. Without their buy-in, the patient is unlikely to hear about and/or trust that biosimilars are a safe treatment option. Maintaining patient and physician choice has been one of the foremost desires of the community, many of whom argue against payer-mandated transitions. So, one of my biggest questions was how physicians within the clinic responded to the implementation of a pathway with a more structured set of treatment choices, including biosimilars. As Dr. Edgerton explained, the initiative overall was well received, especially because the goal was to provide greater transparency into the overall cost of medicines. In fact, this pathway was embraced especially because it eliminated the issues posed by prior authorization. (Not to mention, this was already a physician-driven initiative as opposed to a strictly payer-driven decision.)

“Rheumatologists are looking for a way to reduce the cost of care so that patients have better access and they’re not spending their time on the prior authorization process,” he shared. “We’re now able to say that we’ve sat down with the payer, we’ve investigated the true cost of these medications, and we’re making choices based on reducing the overall cost to the system.” While he said it’s important not to “tie physicians’ hands” when it comes to treatment choice, one key to the pathway is offering adequate treatment choice within therapeutic classes along with other mechanisms to maintain physician autonomy.

A few months ago, I wrote an article that shared the viewpoints of European physicians on what needs to be done at the hospital and physician level to encourage biosimilar adoption. One of the points they touched upon was the need for greater cross-collaboration amongst the different therapeutic departments. This way, physicians can learn from each other about biosimilar learnings and successes, which go a long way toward encouraging greater use.

As you might expect, the key to rolling out the pathway among the AHG supergroup smoothly involved several different types of communication. Among the 40 providers, there were physicians whose patients had great success with biosimilars. There were also others that weren’t seeing successful biosimilar transitions or hadn’t begun the process of implementing biosimilars. “We sat down together, physician to physician, and had those discussions, asking questions like, ‘How are you managing this transition? What am I not doing?’” he shared.

Dr. Edgerton reaffirmed what I also heard from the European physicians: increased biosimilar comfort comes from peer-to-peer conversations. Regular meetings were held, during which each physicians’ prescribing habits were reviewed, along with the evidence-based guidelines. Knowledge gaps were identified, and together, the doctors evaluated overall receptivity to change. “There were some physicians who would be concerned about an anecdotal infusion reaction and when they’d hear their colleague has several hundred patients being successfully treated with that particular medication, confidence levels were obviously improved,” Dr. Edgerton said.

Prior to the start of this pathway and the regular meetings, some of the physicians were unaware of just how many of their peers were already successfully using biosimilars. It’s game-changing for a physician who has no patients on biosimilars to see one of their peers has a 70 percent transition rate to a biosimilar. This realization also provides best practices for physicians who may be less in-the-know or more cautious about transitioning their patients to biosimilars.

“I think that’s the most powerful thing, that peer-to-peer acknowledgement that something has changed and it’s going well,” he added.

In part two of this article, I’ll share how the network established this pathway with the help of a payer, along with AHG’s future goals for encouraging greater biosimilar use. Stay tuned!