Why The FTC, FDA Collaboration Should Interest Biosimilar Makers 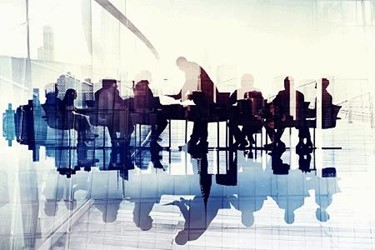 Those of you who have been reading the news headlines recently likely have noted that FDA commissioner Scott Gottlieb’s catchy little phrase, “End the shenanigans,” won the Internet. In his keynote address at the Federal Trade Commission (FTC) workshop on November 8, 2017, “Understanding Competition in Prescription Drug Markets: Entry and Supply Chain Dynamics,” Gottlieb came down hard on the abuses responsible for slowing the market entrance of generic and biosimilar competition.

Gottlieb put it best when he said, “Our economic model, which rewards innovative drugs with monopolies for a limited period of time through patents and exclusivity, and [allows innovators] to freely price their products to a measure of the value that a transformative drug offers, also depends on the generic approval process working as intended. It depends on the ability to have rigorous competition once those patents and exclusivities have lapsed.”

Gottlieb went on to warn that, in the future, innovators may find more advocacy in favor of moving away from the current incentivized model — especially if innovators continue to bar the necessary generic and biosimilar competition.

Though Gottlieb’s stern stance on these abuses certainly held editorial pizzazz, I felt his comments and this workshop in general reflected a particularly interesting and exciting evolution within the regulatory space. And that has to do with what I consider to be growth in the FDA’s purview as a regulator.

As the FTC’s acting chairman, Maureen Ohlhausen, discussed in her opening remarks, this workshop was held to address several important questions about market dynamics and supply chain concerns which have been raised with increasing frequency — especially as the biosimilar market takes shape. And though the FDA and FTC do, and always will, have different purviews, Gottlieb pointed out there are still some areas where there can be more “common ground” between the two agencies. As such, I think this collaboration moving forward is going to be particularly important for members of the generics and biosimilar spaces to keep their eyes on.

The FDA: Moving Beyond The Science?

The FDA has always emphasized its role as a scientific regulator — and it has certainly maintained that stance through the development of the biosimilar regulatory pathway. The agency’s efforts in putting forth comprehensive guidances for the biosimilar space and emphasizing the importance of regular communication with developers have been grounded in the goal of “getting the science right.”

But I’ve noticed within the past year that the FDA has almost been called upon in areas that are removed from the science. I wrote an article a few months ago called “How Biosimilars Are Challenging The FDA Beyond The Science,” in which I argued that the emergence of the biosimilar industry has introduced some tension within the FDA’s science-driven mission. A key example of this was during the Amgen v. Sandoz Supreme Court case in which the justices hinted they could throw part of the case back to the FDA for their interpretation. Luckily, this did not end up being the case.

However, something the FTC’s acting chairman Maureen Ohlhausen said fairly early on in these panels stuck with me. She acknowledged that, ultimately, the FTC may decide there is a need for greater anti-trust enforcement in pharmaceutical markets. But, she explained, “For now we have to learn more about how these markets are working today, with an eye toward not just what anti-trust enforcers can do to help, but what changes to the regulatory system as a whole may be appropriate in response to some of the concerns we’ve identified in some of these markets.”

Based on his list of accomplishments and his future goals, Gottlieb has been doing just what Ohlhausen specified needs to be done; he is examining what changes can be made within the regulatory pathway to address and resolve market-related concerns. For instance, in his time thus far with the FDA, the agency has promised to expedite reviews of abbreviated new drug applications (ANDAs) for drugs that have fewer than three generics, and it has released a list of off-patent drugs that currently have no generics available. The agency also held a public meeting for stakeholders to discuss the unfair practices stymieing development and market competition of generics and biosimilars — for instance, Risk Evaluation and Mitigation Strategies (REMS).

In fact, Gottlieb has set his sights on giving the FDA more leverage to overcome the issues posed by REMS abuse. For instance, last week, the FDA released a new draft guidance entitled “Use of a Drug Master File for Shared System REMS Submissions.” The hope is this will enable brand and generic drug makers to develop one common master file for the implementation of a REMS program. In turn, this could lead to a single shared REMS system, and, ultimately make the REMS process more streamlined. Therefore, as abuses of this system occur, it will put the agency in a stronger position to say, “Enough is enough.” Gottlieb has already announced his intentions to contact pharmaceutical supply chain intermediaries to inform them of the FDA’s desire to ease comparator sourcing for biosimilar and generics makers. “When intermediaries sign on to these restrictive games, I want them to know they’re challenging a broader public health goal,” Gottlieb said.

What strikes me in particular is just how much weight is also being placed lately on the FDA to promote competition. There has always been pressure on the regulatory agency to “get the science right” and to ensure the applications coming their way meet these high scientific standards in a reasonable period of time. In fact, review backlogs have plagued the small molecule generics space, in particular, in recent years. Obviously, slow review times translate to late market arrivals, and, in turn, less competition. But for an agency whose main motto has been “science,” it certainly seems as though in the past year or so “competition” has increasingly taken its place at the top of the priority list, as well.

Ultimately, the collaboration with the FTC is something that, I expect, will have bigger implications for both the biosimilar industry and the FDA. The industry has been buzzing about CMS’ recent decision to change its existing reimbursement policy for biosimilars. Many stakeholders argue this change will not only promote a more competitive environment, but it better aligns reimbursement methods more closely to the FDA’s regulatory pathway. As we see convergence between regulatory and reimbursement systems, it makes sense there should also be greater efforts to promote market-impacting regulatory adjustments.