Is It Time To Throw In The Towel On Biosimilars In The U.S.? 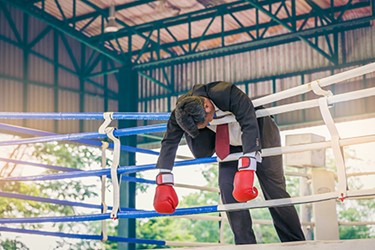 On p. A17 of the Wall Street Journal’s Thurs., Aug., 22 , 2019, issue appears an op-ed by Peter Bach, M.D., physician and director of the Drug Pricing Lab at Memorial Sloan Kettering Cancer Center, and Mark Trusheim, visiting scientist at MIT’s Sloan School of Management. The authors question if, “It is time to throw in the towel on biosimilars.” Why? Because biologics cannot be perfectly copied. And because they cannot be perfectly copied, cancer drugs like Herceptin, first approved in the U.S. in 1998, could command higher prices — forever. The authors go on to note that it wouldn’t be the end of the world if a “few” biologics stayed overpriced and didn’t face competition from biosimilars (in the U.S.). Afterall, because the generic exclusivity period isn’t working properly on the biologic side of the business, Americans are only spending an estimated $50 billion more per year. Bach and Trusheim note the onerousness of the extensive testing required for a biosimilar to be approved and argue that the large clinical studies of biosimilars are actually slowing the pace of innovation. How? Because such biosimilar studies are diverting the precious resource of clinical trial patients from other studies of promising new treatments. What a load of horse sh*t!

We in the biopharmaceutical industry understand the need for and value of an exclusivity period, which, once expired, enables generic competitors to produce cheaper copies. According to Bach and Trusheim, the process of making a copy of a chemical drug (i.e., pharmaceuticals) is relatively easy, and as a result, they seem to suggest that this is why generic competition only works on the small-molecule side of the business. But because biologics can never be perfectly copied, and the testing is onerous and expensive and uses a precious and limited resource (i.e., clinical trial patients), perhaps our time and resources would be best spent elsewhere instead of trying to bring biosimilars to market.

Look, we all know that generics are not identical to the original branded medication. Because in order to get an FDA stamp of approval, a generic need only be “bioequivalent” to its brand-name counterpart. This means that generics are allowed to have a 20 percent variation in the active ingredient from the original formula. But if you think about a 20 percent variation, doesn’t this mean it could vary 20 percent higher or 20 percent lower? For example, if I were making a recipe that called for a cup of flour, and a generic company wanted to copy what I was doing within this 20 percent variation parameter, they could use somewhere between .8 and 1.2 cups of flour. How is that an exact copy? IT ISN’T! And this is why when I was a drug rep years ago  and received a call from an office saying a patient had experienced a breakthrough bleed on the branded oral contraceptive I promoted and had been prescribed, the first thing I suggested was for the office to check with the patient to see if they had received a generic substitution. Almost always this turned out to be the case (or missed one or more pills), because that variation can make a difference in how a medication performs for a patient. So, I ask you, why do we seem to think it’s okay for a generic pharmaceutical to differ by 20 percent from the original, and legally be able to vary by as much as 40 percent (i.e., 20 percent above or below) from one batch to the next , and yet because biosimilars are near copies and can never be truly identical (and according to Bach and Trusheim they won’t really have a significant impact on lowering drug costs), our time and resources would be better spent elsewhere? I mean, if biosimilars won’t really impact drug prices, then explain why the U.S. pays more than twice the price for Humira when compared to Britain, and two-thirds more than that of Switzerland, two places where the product faces biosimilar competition? And while it is true that Humira went off patent protection in the U.S. in 2016, and that there are four U.S. approved Humira biosimilars currently ready to go, according to deals brokered between manufacturers and AbbVie, none of these will be launched before 2023.

Editor’s Note: If following the latest happenings in biosimilars is important to you, be sure to check out insights from Anna Rose Welch, chief editor, Biosimilar Development.

The other rationale offered by Bach and Trusheim for why the U.S. shouldn’t pursue biosimilars is clinical trial participation. For example, they note that nearly 3,000 women underwent clinical trials for four biosimilars that may someday modestly dent the price of Herceptin. “Meanwhile, clinical trials of cancer immunotherapies are short more than 100,000 patients,” they write. This is where they argue that it would be better for patients to participate in innovative clinical trials versus trials for biosimilars, as these patients are the industry’s most valuable and scarcest resource. So, let me ask you this: Is the resource scarce because these patients are in trials for biosimilars, or could they be scarce for other reasons (i.e., lack of trust in our industry)? Because while those of us in the industry look dumbfoundedly at biopharma’s precipitous reputation decline scratching our heads saying, “But we do so much good,” we conveniently forget our various missteps. And while nobody can blame AbbVie for legally protecting its IP on Humira that has essentially doubled the product’s period of exclusivity, we also can’t blame patients for choosing not to participate in the clinical trials of innovative companies they perceive as having “screwed them over”.

For more on Bach and Trusheim’s biosimilar perspectives, along with counter arguments, be sure to check out:

To be sure, this will not be the last we will hear on the subject. In fact, Anna Rose Welch, chief editor of Biosimilar Development, believes the biosimilar industry must — and will — remain a core part of the U.S.’ efforts to lower drug costs and improve access. Stay tuned for her upcoming article in Life Science Leader’s 2019 December Outlook issue, where she intends to do a careful analysis of Bach’s proposal, along with exploring other efforts toward improving the U.S. biosimilar landscape.