Physicians Speak Out About Biosimilar Value 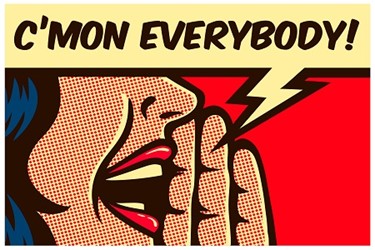 Biosimilars’ biggest selling point for many stakeholders is their lower cost compared to their originators. Of course, this is a critical part of a biosimilar’s value proposition. But for companies making biosimilars, along with healthcare providers and patients, it cannot be the only part to ensure long-term sustainability of the industry.

From a commercialization standpoint, differentiation is front and center as companies explore their creative sides to better compete and to provide a better treatment experience. Whether this be a new device, a more patient-friendly formulation, a longer shelf life, or unique patient assistance programs, we’ve begun to see companies invest in strategies to make their biosimilars more valuable to patients and other stakeholders. After all, as was discussed at the 2019 Biosimilar Medicines Conference in Amsterdam a few months ago, a core principle of sustainability is ensuring each stakeholder benefits from opening their arms to biosimilars.

As you can imagine, communicating a transition to a biosimilar in any nation requires thoughtfulness and discussions about social responsibility (the U.S. needs a lot of work here). Though the rewards of a transition may not be immediately realized for the individual patient (at least in the U.S. currently), this does help market competition take root, in turn establishing the framework for stakeholders to realize lower costs and increased access in the future. That’s why I enjoyed the conversation amongst a panel of physicians at the Biosimilar Medicines Conference, several of whom elaborated upon the value biosimilars can bring to the table — both for patients and physicians.

In a recent article, I laid out several topics that came up throughout these physicians’ discussion, including existing therapeutic area knowledge gaps, policy needs, and clinical treatment pathway advances. But I also wanted to touch upon the value they’ve seen — or could see — from increased biosimilar use.

In Addition To Greater Access, How Could Biosimilars Provide Greater Clinical Value?

We’re no strangers to the fact that biosimilars increase patient biologics’ access. There have been a seemingly endless number of situations in which countries have increased access to biological treatments, thanks to lower-cost biosimilars. The Czech Republic is one such example. As professor Milan Lukáš, a gastroenterologist, pointed out, the Czech Republic originally limited access to biologics because of cost constraints. Patients typically were not able to receive a biological treatment unless their disease could not be controlled by other treatments for several years — upwards of eight to 10 years, Lukáš shared. However, following the arrival of biosimilars, biologics access has skyrocketed, and now the country boasts upwards of 6,000 inflammatory bowel disease patients on a biological therapy. Overall, biosimilar market penetration in the Czech Republic is between 60 and 70 percent. This may not be as high as some European countries, but to go from zero to 60 (literally) is something to celebrate.

I also found it interesting to hear that biosimilar clinical trials could be an additional benefit for patient communities in nations that don’t have easy access to biologics. In the biosimilar industry today, large Phase 3 clinical trials are, admittedly, a controversial topic, given the high cost of development coupled with the expectation for lower prices. At the conference, there was a complex discussion about residual uncertainty following analytical work, which is heralded as the most sensitive method of demonstrating biosimilarity. Indeed, the industry’s hope is to see regulatory requirements evolve away from the need for large Phase 3 clinical trials — though as the discussion proved, it’s likely this is still a way off. Though this may be frustrating to industry stakeholders, this could still be beneficial for certain nations’ patient populations. The moderator of this panel, Fernando de Mora, professor of pharmacology from the Universitat Autònoma de Barcelona, asked Lukáš how waiving clinical trials could impact Czech gastroenterology patients who sometimes rely on clinical trials for access to biologics. Lukáš doesn’t see comparability trials going anywhere immediately. However, he did remain optimistic that, in the future, analytics could become the best method of determining biosimilarity for some of the novel molecules that are appearing in the gastroenterology field.

This inquiry also led into an important conversation on the clinical impact biosimilars can have on a specific disease state. We’re no strangers to the fears and negative responses that can accompany transitions to biosimilars, whether they be primarily guided by policies, payers, or, ideally, physicians. For instance, many might see a switch to a biosimilar as a cessation or an outright replacement of the brand product. However, there’s much more to it than just stopping or replacing the brand treatment. More patients are being treated by biologics, thanks to biosimilars, and in many cases, they’re now being treated sooner. In fact, in some cases, this earlier access could have a great impact on patients’ long-term disease states and the clinical pathway.

As was discussed in the previous article, certain treatment areas require ongoing physician education to continuously advance knowledge of the clinical pathway. While biologics usage may have formerly been required in only the most advanced disease cases, biosimilars can introduce earlier access and perhaps even positively alter the patient’s disease state for the long haul. However, as was discussed, some clinical guidelines may still advocate traditional practices of delaying biologics access until diseases reach a certain level of severity.

Professor Peter van de Kerkhof, the CMO of the International Psoriasis Council, shared that in the field of rheumatology and even in gastroenterology, the discussion about biologics has changed. Rather than view biologics and biosimilars as lifelong treatments or maintenance therapies, earlier intervention could switch up the disease progress and modify the disease. Now, comprehensive evidence of this — especially in van de Kerkhof’s specialty area of psoriasis — is still limited. But one of his hypotheses is that earlier biologics usage could ultimately lower the disease’s long-term damage to the body and improve quality of life. (Also, it would likely be a more cost-effective route as well, especially if a patient has fewer comorbidities and no longer needs to be reliant for the long term on a biological treatment.) So, while this remains his hypothesis, it also presents us with another benefit of biosimilars: the ability to inquire about the earlier access of biosimilars for different diseases and to improve overall clinical knowledge. (After so many switching studies telling us pretty much the same thing, this could be a great addition.)

We also can’t ignore the possibility that more cost-effective biosimilars can revolutionize the standard of care in specific therapeutic areas — and in certain cases may result in less reliance on treatments with greater toxicity. For example, many patients are placed on methotrexate and cyclosporine to treat rheumatological conditions. Cyclosporine can also be combined with chemotherapies in cancer treatment or used in autoimmune disorders. As van de Kerkhof clarified, several current prescribing guidelines stipulate that methotrexate be the first-line treatment for psoriasis. However, seeing as biosimilars are now changing the overall cost of biological treatment, van de Kerkhof argued it’s time to revisit these guidelines. Given the toxicity that methotrexate poses to the patient and the affordability of biosimilars, he hypothesizes once more that biosimilars will lead physicians away from relying on older treatments in favor of more targeted biologics.