Old Drug, New Tricks? How The BPCIA Could Increase Generic Competition For Insulins 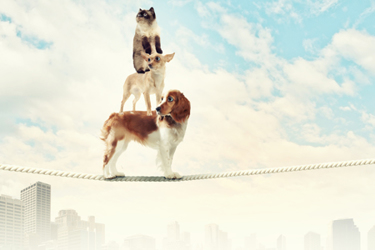 Insulin was originally discovered in 1921 and the first human insulin drug manufactured using recombinant DNA technology, Humulin, entered the market in 1982.1 But even though millions of Americans rely on insulin every day, only a handful of lower-cost “generic” insulin products are currently available to consumers. Just three companies supply insulin to American patients, and, not coincidentally, insulin prices have increased annually by more than 10 percent.2

High demand, few suppliers, and soaring prices point to the need for more generic competition. As we discuss below, recent changes to the legal and regulatory framework governing insulin approval might facilitate such entry. In March, insulin approvals became subject to a different legal and regulatory framework: the Biologics Price Competition and Innovation Act (BPCIA). But this development provides only limited cause for optimism. Developers of other follow-on biologics seeking approval under the BPCIA have faced significant regulatory and commercial obstacles to date. They have been unable to obtain approvals that allow for automatic substitution. And, perhaps relatedly, the limited number of follow-on biologics in the market have failed in almost all cases to capture significant market shares. Insulin might be uniquely positioned, however, to overcome these obstacles and spur greater utilization of generic insulin products and other follow-on biologics.

Where Is The Generic Insulin?

Prior to March 23, 2020, the Drug Price Competition and Patent Term Restoration Act, also known as the Hatch-Waxman Act, provided two abbreviated pathways for approving follow-on insulin products: abbreviated new drug applications (ANDAs) for bioequivalent “generic” insulins, and the 505(b)(2) NDA pathway for new insulins that partially rely on data not developed by the applicant.3

No company actually used the ANDA pathway to seek approval for an insulin product, and only a handful of insulin products have been approved using the 505(b)(2) pathway. As an example of the latter, Eli Lilly launched the first follow-on insulin product, Basaglar (insulin glargine),4 in December 2016 after settling patent litigation with Sanofi, the maker of Lantus.5 Once launched, Basaglar captured a 26 percent share of the total volume of Lantus’ market.6

Despite Basaglar’s example, few developers pursued applications using Hatch-Waxman’s abbreviated pathways. According to former FDA Commissioner Scott Gottlieb, the resistance to generic insulin was “largely commercial and technical, not statutory.”7 Reference product sponsors of established insulins argued that, due to the complexity of biologics and the importance of proprietary manufacturing processes that define their structure, the existing abbreviated pathways were unsuitable for biologics.8 According to these opponents, there was too much potential variation between the reference drug and the proposed follow-on product for the FDA to rely — as Hatch-Waxman allowed — on the sponsors’ safety and efficacy data.9

Congress’ solution was to create a new regulatory framework tailored to the complexities of biosimilars. It enacted the BPCIA in 2010, dividing follow-on biologics into two categories that are defined based on the abbreviated approval pathway used. The first category, biosimilars, are “highly similar to and ha[ve] no clinically meaningful differences from an existing FDA-approved reference product.”10 A second category, interchangeables, require submission of additional data to the FDA in order to demonstrate that the product will “produce the same clinical result as the reference product in any given patient” and “may be substituted for the reference product without the involvement of the prescriber.”11

For some types of biologics, the BPCIA provided the first abbreviated pathway for approval. But for insulin and some other proteins that were subject to Hatch-Waxman (such as human growth hormone, hormone glucagon, and hormones used to treat and manage infertility, menopause, and osteoporosis), Congress mandated that those biologics would only come under the BPCIA’s framework beginning on March 23, 2020.12

Will A New Regulatory Framework Be Enough To Stimulate The Insulin Market?

With March 23 now past, the BPCIA governs the approval of follow-on insulins. Follow-on versions of insulin products thus are approvable as biosimilars or interchangeables. The availability of the interchangeable designation might encourage new entry because insulins bearing that designation, subject to individual states’ laws, may be substituted for the reference drug at the pharmacist’s discretion.13 Former Commissioner Gottlieb has suggested that the new designation could improve access and lower costs.14 Despite this optimism, significant regulatory and commercial challenges remain.

Will Follow-On Insulins Be Adopted?

Prospective follow-on insulin developers are also surely aware that biosimilars have received a cool commercial reception in the United States. Compared to small-molecule pharmaceuticals approved under Hatch-Waxman and even biosimilars launched in Europe, biosimilars licensed under the BPCIA have struggled to gain significant market share in United States markets.17 “Other than Zarxio [the first approved biosimilar], no other currently available biosimilar has obtained a meaningful share of the market.”18 For example, Inflectra and Renflexis, biosimilars to the reference biologic Remicade, have been approved for more than three years, but collectively have only captured 6 percent of the infliximab market.19 Some healthcare systems, such as Kaiser Permanente, have been able to create thriving biosimilar markets within their systems,20 but biosimilars have not experienced the same levels of acceptance nationwide.21

Early negative advertising appears to have stunted the market for biosimilar products in the United States. These campaigns emphasized the differences between biosimilars and interchangeables, suggesting that the former were less effective and potentially dangerous because they required comparatively less clinical data for approval.22 Physicians were likewise advised to wait for the release of interchangeable products — which of course have yet to arrive — rather than switch patients to an available biosimilar.23 The FTC and FDA deemed the issue to be of sufficient concern that they convened a joint public workshop to “discuss FDA and FTC’s collaborative efforts to support appropriate adoption of biosimilars, discourage false or misleading statements about biosimilars, and deter anticompetitive behaviors in the biologic marketplace.”24 The FDA has also published draft guidance on promoting reference and biosimilar products “in a truthful and non-misleading way.”25

In Europe, meanwhile, many countries have saved billions through widespread adoption of biosimilars.26 European approval requirements are similar to those for biosimilars in the United States but do not have an interchangeable designation.27 Each member state in the European Union has decision-making authority to allow substitution, and there is general agreement that immunogenicity clinical studies are not required.28 Despite the broad use of biosimilars in Europe, health authorities have not seen evidence that switching between biosimilars and reference products has given rise to the immunogenicity problems that have been the focus of concerns in the United States.29 In fact, some European studies indicate that undesirable patient outcomes may be the result of the “nocebo” effect, which can occur when a patient’s negative perception of “transitioning from high-cost biologics to new lower-cost products without a medical reason” results in reduced efficacy despite no “objective signs of disease worsening or specific safety issues.”30

Can Insulins Break Through?

The high cost of entry for developers into the market in combination with physician and patient concerns about safety and efficacy have contributed to a limited biosimilar market in the United States. The well-documented insulin hormone, however, may offer biosimilar developers the opportunity to break through, especially for reference insulin products not entitled to any market exclusivities.

Compared to other biologics, insulin products are “relatively small, structurally uncomplicated and well-characterized” due to decades of clinical studies.31 Technological advances in protein manufacturing should also alleviate safety and efficacy concerns. To further facilitate the approval of biosimilar and interchangeable insulin, the FDA has released draft guidance indicating that comparative clinical immunogenicity studies may not be necessary in some cases to support approval of insulin biosimilars or interchangeables.32 The FDA’s new flexibility regarding immunogenicity studies has drawn praise from industry groups such as the American Pharmacists Association (APhA).33

Another cause for optimism is that follow-on insulin developers have greater commercial incentive than many other biologics developers to pursue an interchangeability designation. Not all biologic products stand to benefit from automatic substitution at the pharmacy because they are administered by third parties, such as infusion centers or hospitals. These third parties, rather than retail pharmacists, decide whether to administer the reference product or a follow-on biologic. Because insulin is a self-administered product that patients typically obtain from retail pharmacies, a pharmacist’s ability to automatically substitute insulins designated as interchangeables when dispensing prescriptions should result in rapid uptake of those insulins. Interchangeability thus offers the promise of greater commercial opportunities for insulin developers that would justify the additional research and regulatory costs associated with pursuing the interchangeable designation. 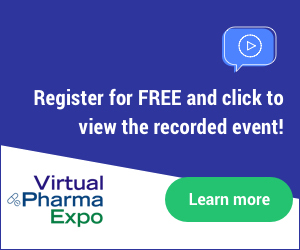 In view of these factors, an insulin product could become the first biological product to be approved as an interchangeable. The reward for any developer that obtains the interchangeability designation will be a ready-made market with plenty of demand for lower-priced insulin. By achieving interchangeable status and, accordingly, automatic substitution with the reference biologic in many states, we may finally see true competition in the insulin market.

Ted Mathias is a partner at Axinn who focuses on trying patent cases. In the last two years, he tried two cases to judgment and served as lead counsel in a case involving 33 patents that settled favorably on the eve of trial. Mathias has litigated patent cases and handled successful appeals to the Federal Circuit in the areas of medical devices, pharmaceuticals, mechanical devices, e-commerce, and software. Clients frequently turn to him for guidance on patent remedies and competition issues that arise in connection with patent disputes.

Stacie Ropka, Ph.D., is a partner at Axinn. Her practice focuses on intellectual property litigation, due diligence, and client counseling, with an emphasis on the life sciences. Ropka’s experience includes extensive counseling for product development efforts relating to biologics and reconstructive biomaterials, including products that utilize adult stem cells. In addition, she regularly litigates Hatch-Waxman Paragraph IV patent infringement suits.  Prior to attending law school, she held a faculty position at SUNY Upstate Medical University, where she  spent many years as a research scientist in the fields of neurology, virology, and immunology.