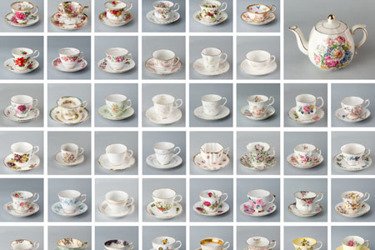 While 2020 started out quietly for the biosimilar industry, the past few weeks have made up for the stillness. Not only did the FDA release two new guidances and co-host a competition workshop with the FTC in recent weeks, but I also escaped to the West Coast to San Diego for Terrapinn’s Festival of Biologics before the Covid-19 prevention protocols hit the U.S.

While there, I had the honor of chairing the first day of the World Biosimilars Congress — specifically the policy track during the afternoon sessions. If you were to look at the program’s massive agenda, you’d note that there was something for everyone, whether you’re deep in the weeds of scientific and manufacturing development, regulatory affairs, market access, or commercialization.

One of the aspects I’ve always appreciated about this conference is that, despite being U.S.-based, it brings together experiences from nations all over the world. If there was one thing that carried through a majority of the presentations, it’s that biosimilar successes — both small and large — are finally being realized in a number of nations, and there are regularly evolving frameworks to encourage implementation. (Whether that implementation is successful is still a work in progress depending on the nation.)

Though most markets, even the most established, are far from perfect, many of the conversations suggested that we are entering into an age of — dare I say it — fine-tuning. I know some of you may scoff at this; how could we possibly be fine-tuning when there’s still so much big work to do? But, as many of the points I’ll share from the conference suggest, there have been enough big triumphs in the U.S. and other countries that the discussions surrounding biosimilar education and implementation have and will continue to grow increasingly nuanced.

Over the past few months, there have been an abundance of stories coming across my desk highlighting the emergence of biosimilars in clinical practice. In years past, we’ve studied the highs and lows of different EU nation’s reimbursement practices that either benefit biosimilar use or, on the flip side, raise serious questions about long-term market sustainability. Canada has been boldly undertaking its transition program on the province level, which has, for the most part, been well received.

Here in the U.S., I’ve talked with a handful of folks who are making strides on the integrated delivery network (IDN), cancer center, and independent practice level. (For those articles, check out this e-book collection.) It was nice to hear a continuation of these conversations at the conference, a number of which took a deeper dive into hospital formulary management.

As I mentioned, there is certainly a desire to see greater biosimilar use across the different healthcare settings. Ross Day, Biosimilar Development editorial board member and former director of pharmacy contracting for Vizient, explained that there are several deflationary and inflationary trends at work within hospitals today — the latter of which speaks to the necessity of biosimilars.

Of the $500 billion pharmaceutical market today, hospital spending (as opposed to retail pharmacy) accounts for roughly $100 billion of the entire pie. Surprisingly however, only 6 percent of a typical hospital’s spend is on drugs; the rest is on overhead (i.e., employee salaries). While generics approvals, 340B discounts, ongoing political pressure, and the arrival of biosimilars are bringing hospital costs down, Day finds himself concerned by some less expected inflationary trends. For example, though hospital pharmacists are prepared to see increases in a brand’s prices each year, many have been surprised by a rise in generics pricing — some of which were part of the FDA’s unapproved drug initiative. Many generics that graduate from this program with brand-spanking new data are coming back onto the market with 1,000 percent price increases, Day shared.

As Kevin Knopf, the division chief for hematology and oncology for Highland Hospital and a university professor added, uneven wealth distribution has also given rise to greater disparity in cancer care. As a doctor in a county hospital whose primary patient base comprises Medicare, Medicaid, or uninsured patients, Knopf has a first-hand look at the financial challenges patients and healthcare systems are facing together. Because of this, he has been teaching future providers at both UC San Francisco Medical School and University of South Carolina School of Pharmacy the necessity of making smart economic decisions in clinical practice. In oncology, this can be a tricky balancing act for physicians. Though some providers bristle at the notion that reimbursement rates can influence medication choice, Knopf acknowledged that in the oncology space in particular, the buy-and-bill system can make the use of a higher cost agent more alluring.

At Highland, the providers have begun to rely heavily on biosimilars, not only because of the importance of cost savings for the specific clientele they serve, but also because, as he aptly put it, we so often find ourselves paying more for less in healthcare. With a biosimilar, you’re paying less to get the same standard of care. While the decision of whether to provide a novel drug involves some intense deliberation over the clinical and statistical data and its potential benefit for each individual patient, Knopf said the decision to use a biosimilar has been a “no brainer” to Highland physicians.

Throughout the conference, there was much attention paid to the importance of the physician-patient relationship. In light of the news of the sweeping transition policies in Canada in particular, there were a few voices in the crowd expressing concerns over the impact these changes could have on the patient-physician relationship globally. But listening to Knopf speak served as a great reminder that the economic discussions and the patient-physician relationship do go hand-in-hand.

In fact, during a presentation from Canadian payer Green Shield Canada, Ned Pojskic emphasized that there was no beating around the bush about the fact that the payer’s own biosimilar switching program was an economic decision and not a medical one — a.k.a. a nonmedical switch. This decision was made to ensure long-term sustainability for the marketplace as a whole, especially given the high cost burden of biologics — specifically Remicade — on the Canadian system. Pojskic acknowledged that payer-mandated switching programs may seem like a heavy-handed approach, but the decisions was based on the data boasting upwards of a hundred switching studies and thousands of successful patient transitions.

“It didn’t seem right to say to biosimilar makers, ‘Thank you for the clinical trials and for bringing a more cost-effective product to the market, but we’re going to continue working with the originator,’” Pojskic said. “This was a rational decision. Every piece of evidence was there telling us to act, and our experience tells us that the mission gets lost somewhere along the way if you don’t take a more direct approach.” Of course, he did emphasize that there were years of relationship building with employers and patient advocates, as well, to garner widespread understanding and trust in these efforts before they occurred.

2006 To 2020: What Information Needs To Be Prioritized And Shared Now?

Biosimilars may not be taking the market by storm today, but they are being used more widely in North America. The leaders implementing biosimilar switching programs are being increasingly vocal about how and why they’ve been making these changes. In fact, it wouldn’t surprise me if the chatter about non-medical switching gets even quieter here in the U.S. following our neighbor-to-the-North’s large-scale transitions.

In her presentation, Sandoz’s Sheila Frame walked us through the progress we’ve see in the U.S. over the past five years since Zarxio launched. In 2015, most of the questions surrounded what biosimilars are and whether their quality, safety, and clinical efficacy profiles were the same. We were still in the height of figuring out what data regulators would want to see and whether extrapolation would apply across the board for all biosimilar products. There was little real-world evidence being published, and though payers were excited at the prospect of competition, biosimilar formulary placement was mainly nonexistent.

Now that we’re in 2020 and celebrating the 10th anniversary of the BPCIA, the landscape has shifted dramatically. Rather than focusing on the details of what biosimilar are, we’re now asking how we can integrate them in a sophisticated manner, Frame explained. In addition to wide-spread misinformation, the U.S. is still grappling with the future impact of the interchangeability designation, the lack of positive payment incentives to improve uptake, and whether payers will convert to biosimilars in a timely fashion.

In the same manner, Dorthe Bartels of Denmark’s AMGROS spoke about how much has changed over the past 14 years of biosimilar use in Denmark. While Denmark and Norway made headlines for their overnight mass-uptake of biosimilars thanks to their single tender systems, Denmark is now considering how to make its system more sustainable in the long-run, starting with reconfiguring its tenders. Instead of relying on a single manufacturer, the country has begun contracting two or even three competitors, depending on the product.

The use of biosimilars in clinical practice is now commonplace. There is wide-scale knowledge of biosimilars in the country; in fact, doctors now often refer to them as “generics,” Bartels said. Patient- and physician-directed documents have been significantly streamlined, consisting of only one page of information. The gainsharing efforts that significantly shaped the U.K.’s own biosimilar journey have also been adopted in Denmark. The savings incurred from wide-scale biosimilar use bolstered the number of nurses hired to care for patients. This came in handy upon the arrival of Humira biosimilars in Denmark, most of which came to market with slightly different administration devices. The newly hired surplus of nurses was able to help patients grow accustomed to these new devices and assuage any concerns they may have had following a transition.

Overall, the more sophisticated a country gets with its biosimilar implementation, the more nuanced and candid the discussion about biosimilars becomes. I’d argue it also becomes infinitely more important to compile and share the benefits brought about by current biosimilar utilization. Though there are any number of reports speculating the savings we could gain from biosimilar usage, there are other more concrete systemic benefits to tout as well. For example, Frame shared a slide listing the “shared savings” possibilities, including greater numbers of patients treated with biologics, more staff, and, in turn, shorter wait times and simplified administration procedures. Following Canada’s transitions, the government announced that, thanks to biosimilar usage, there could finally be public coverage of several long-sought novel products and tests.

Though we may not quite be where other countries are today, there remains a great opportunity for the U.S. to be more transparent about the already realized systemic benefits of biosimilar use. We’re at the stage where the successful actors have begun to share their stories and best practices. For these implementation efforts to make even greater waves, my hope is that there are more concerted efforts to share the concrete ways in which biosimilar usage is improving the healthcare system — each dollar, nurse, and newly treated patient at a time.