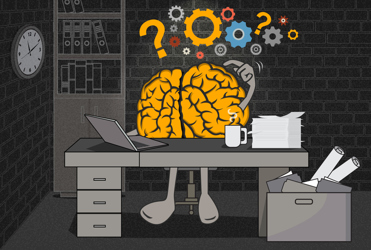 It was a moment we had all been waiting for in the biosimilar industry. In 2018, Pfizer submitted its citizen’s petition asking the FDA to address misleading biosimilar communications. Finally, last month, we celebrated a new FDA guidance entitled, “Promotional Labeling and Advertising Considerations for Prescription Biological Reference and Biosimilar Products: Questions and Answers.” In this guidance, the FDA laid out considerations for manufacturers about how to promote and accurately communicate about biologics and biosimilars. (If you were listening closely on February first when this guidance was released, you likely heard the whisper of entire biosimilar ‘educational’ websites being whisked offline for some careful editing.)

In addition to this guidance, we were also reminded of the ongoing collaboration between the FDA and FTC to advance competition in the biologic marketplace. Literally a day after the FDA published this new guidance, the two agencies shared their plans to host a joint workshop about how to “end the shenanigans” we’ve been discussing for years in the biologics market.

Though the FDA will always be a scientific agency, introducing biosimilars has required the FDA to know how current market dynamics are impacting the pathway they’ve been working so diligently to evolve. As the FDA’s Eva Temkin put it best during the first panel of the day, “The regulators are aware of the importance of engaging in biosimilar market-related discussions, especially as it relates to differing market incentives among product classes. This way we build similarly robust structures for each product.”

The workshop elaborated upon the educational, anti-trust, policy, and market-based and regulatory barriers affecting the industry today. After taking at least 20 pages of notes during this workshop, I’ve whittled my takeaways down to three overarching questions that provide necessary considerations and industry action steps moving forward.

Next Steps For The FDA: What Must Be Prioritized?

Though the agency is hardly naïve to the hopes, dreams, and concerns of biosimilar manufacturers, these meetings do offer the opportunity to improve certain initiatives or reprioritize efforts that may have fallen by the wayside. As Temkin acknowledged, there is an ever-growing list of topics to address on a whiteboard in her office that regularly undergoes reorganizations as new and repeat concerns take center stage.

Participants suggested more fine-tuning (and more information in general) about the Biosimilar Action Plan (BAP), which Temkin explained remains a top priority. How the FDA continues to define these action items will guide the ongoing relationship with the FTC and modernize the biosimilar regulatory pathway. Likewise, there was a call for product-specific guidances, especially after the successful reception of the FDA’s latest guidance on insulins. The EMA has long had product specific guidances. However, as I learned at a recent conference, the FDA has remained hesitant to this type of guidance because of the amount of upkeep such guidances require as new information about each therapy comes to light.

While it’s safe to assume a majority of physicians and patients remain unaware of biosimilar safety, efficacy, and current real-world evidence, the industry is at a point where biosimilars are more commonly used in chronic and curative spaces, not just supportive care. As such, it only makes sense that any biosimilar educational efforts be focused specifically on the patients facing a transition to a biosimilar. Cheryl Koehn of the Canadian advocacy group Arthritis Consumer Experts celebrated that the biosimilar landscape up North has become increasingly robust over the past year as provinces announce large-scale transition programs. She emphasized just how important it is to be describing biosimilars and referring to them as biosimilar biologics, because patients are actually regarding biosimilars as branded products. Using terms like “copy,” “generic,” or “cheaper” are terms that could encourage the Nocebo effect, she offered.

How Will The FDA’s New Promotional Guidance Work?

Biosimilar marketing (or promotion of a biosimilar by a biosimilar company) has not been a topic of discussion in the industry over the past few years. Ads for biosimilar treatments have been rare sightings (I’ve only seen one), though in recent weeks there was apparently a television ad about biosimilars during one of the Democratic debates. Despite the fact these treatments behave much more like brands than small molecule generics, I’m surprised promotion of biosimilars similar to that of reference products (i.e., via direct-to-consumer advertising) hasn’t been talked about more in the U.S. industry. (I do acknowledge the financial challenges this can pose, however, especially in light of sustainability and market uncertainty.)

Though the biosimilar industry may not be keen on promoting itself at this point, we’ve all been acutely aware of how originator companies are broaching biosimilars. Several have subtly and not-so-subtly framed biosimilar transitions as something that must be undertaken with a Covid-19-style abundance of caution. Some reference products facing biosimilar competition today are approved to be used in combinations. In turn, there’s been at least one instance in which an originator company has suggested that only reference product treatments should be used in such treatment combinations.

It’s impossible to predict the overall impact the FDA’s promotional guidance will have on examples such as these. So far, I’ve heard the guidance has served as an impetus for several firms to revisit how they’re presenting biosimilars, which is a positive occurrence for the industry as a whole. Seeing as the EMA has been addressing misinformation for years, it’s also worth noting that the FDA’s new guidance further aligns the missions of both the regulatory agencies as scientific gatekeepers.

Personally, I’m intrigued to see how this guidance will support the industry as the regulatory pathway evolves in the years ahead. Consider, for instance, the future we’re working towards in which large-scale clinical trials requirements may be significantly reduced for regulatory approval of certain molecules. For physicians to-date, comparative clinical data has been an important factor in encouraging biosimilars’ use — especially for the complex mAbs in immunology and oncology. For this current wave of biosimilar players which comprise mainly larger biologics and generics companies, the costs of these trials, though not ideal for long-term sustainability, can be borne. In fact, some larger companies have even shared that they provide switching trial data even when it is not requested by the agency.

As we brace for a second wave of biosimilar products, we will hopefully be seeing an increasingly open playing field for a more diverse array of companies outside of big pharma and innovative development techniques. When (not if) the biosimilar development pathway evolves to emphasize bioanalytical characterization over clinical trials, it’s highly likely the clinical trial will remain a commercial differentiator for companies that can afford it, as well as for the originator companies as they continue to plug their reference product against emerging biosimilar competitors. How the clinical information is communicated or promoted as well as how the biosimilar industry approaches education following regulatory evolutions will be a fascinating yet potentially turbulent case study.

What Does Biosimilar Market “Equilibrium” Mean?

A point that was reiterated multiple times during the workshop was that biosimilar competition so far reflects brand to brand competition as opposed to generics competition. We’re not seeing the same high discounts that generics offer, nor are the currently launched biosimilars playing in the same pharmacy-based world. Pharmacist substitution of biosimilars remains a topic worthy of its own novel. But competition is happening and works; the impacts of that competition are just not being reflected where we’d expect them to be. As one speaker aptly described the current biosimilar vs. originator dynamic, “Competition is happening in the discount space, not through the list price.”

One of the most interesting speakers during the event was Inma Hernandez from the University of Pittsburgh School of Pharmacy. She presented research on what has happened to biologics prices following the launch of competitors — in this particular case, how follow-on biologic Basaglar’s arrival impacted the list and net prices of Lantus. (Quick definitions: The list price — or the wholesale acquisition cost — does not include rebates. Net price is the list price minus all discounts, including but not limited to payer rebates.)

As the researchers discovered, the list price for Lantus remained relatively stagnant. However, net price did decrease following the introduction of biosimilars — and, just as importantly — the arrival of novel competitors. For example, after Simponi hit the market, the net price of Remicade decreased. Though list price isn’t the best indicator of successful competition, Hernandez pointed out that list price remains a relevant figure to watch because patient copay and coinsurance rates are currently based on the list price.

As we’re met with data about the successes or failures of certain biosimilar markets to date, IQVIA’s Aitken urged caution against letting pessimism win the day. What we have thus far are simply “snapshots,” he explained, and these do not give us a sense of what “equilibrium” in this market will look like yet.

There are inevitably different opinions on what this “equilibrium” could or should look like. But one of the ways to get closer to it — if not to attain it — is to keep chipping away at the uncertainties pervading the market. The American Enterprise Institute’s Alex Brill explained that not all of the barriers the industry has faced thus far have been bad. For example, the high bar for FDA approval is actually a good barrier as it protects consumers and the reputation of the industry. However, uncertainty surrounding the commercialization process remains a problematic barrier. There are several market factors that should be clear today, but which lack transparency, including patent exclusivity, reference product and competitor biosimilar pricing behavior, future market receptivity, and legal and regulatory inconclusiveness. These are the types of factors that encourage firms to hold off on the biosimilar market, which only imposes greater costs on the system in the long-run.

The recipe for a successful market to Brill is one in which biosimilar competitors are able to determine upfront how long it will take to address and overcome any problematic barriers and how much confronting them will ultimately cost.

“We need to strive for an environment where the barriers are predictable,” he concluded.