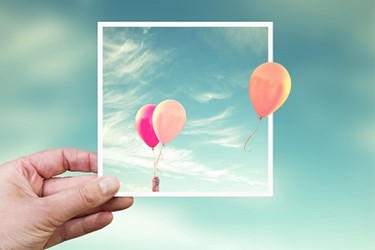 I recently put the finishing touches on a piece about transition biologic products. This article explored some of the small regulatory requirement changes poised to impact manufacturers of future novel or biosimilar transition products come March 23, 2020. It also dug into the ongoing science-based discussions around large-scale immunogenicity trials and the interchangeability designation for insulin biosimilars. Of course, no sooner did I publish that article, but the FDA gave the biosimilar industry an early, unexpected Christmas gift in the form of new guidance. Entitled “Clinical Immunogenicity Considerations for Biosimilar and Interchangeable Insulin Products,” this guidance has since been labeled a “game-changer” and a “historical event” by members of the industry.

Though I’m late to the editorial coverage party on this guidance (in true Anna Rose fashion), I still wanted to write up my thoughts and remaining questions on the FDA’s recommendations. Overall, there are three broad takeaways to both celebrate and consider about the FDA’s latest clarification of the biosimilar regulatory pathway.

1. Guidance Promotes Greater Regulatory Alignment: Since I began writing about biosimilars, “regulatory harmonization/convergence” has been a regularly discussed, debated, and widely covered topic. For companies seeking global development of their biosimilars, it’s no surprise this topic would be highly important. If there is no consistency in the FDA’s and European Medicine Agency’s (EMA’s) requirements for biosimilars, companies will find themselves tackling certain studies or assays for one agency that another regulatory agency has deemed scientifically unnecessary. (For example, there have been many questions posed — most recently in this contributed column by Safaraz Niazi and in this article on global development — about the scientific appropriateness of animal studies for biosimilar development.)

With its new guidance, the FDA has finally joined forces with the EMA in acknowledging that a solid analytical comparability assessment of an insulin biosimilar could preclude the need for comparative clinical immunogenicity studies. Scientifically, it also makes good sense, given the simplicity of the insulin molecule. One of my favorite quotes comes from Biocon expert Sundar Ramanan: “We can characterize insulin down to the last Dalton.” Because of this simplicity, in 2015, the EMA permitted the waiver of clinical trial requirements for biosimilars of insulins. Unlike the FDA, however, the EMA also permits the potential waiver of comparative trials for biosimilars of teriparatide, low molecular-weight heparin, filgrastim and pegfilgrastim.

Given the sheer amount of time we’ve spent discussing the finicky scientific differences between stringent regulatory authorities, the FDA’s latest guidance is a critical step towards greater regulatory convergence. We can only hope to see more evolution in the agency’s thinking, especially for the other molecules the EMA considers fit for potential clinical waivers (just to start). Afterall, reference product manufacturers have relied upon comparability for two decades following routine manufacturing changes, effectively rendering them “biosimilars” of themselves without the need for any clinical trials. If the FDA’s Janet Woodcock’s faith in current analytical methods suggests anything, we’ll no doubt be celebrating more of this type of thinking in the future.

2. Interchangeability: Now Inevitable For Biosimilar Insulins? Earlier in 2019, the FDA held a Part 15 hearing to garner the industry’s and stakeholders’ opinions on how to approach what I like to call “The Great Insulin Regulatory Transition.” It’s no secret the U.S. boasts a huge diabetes population and, sadly, is home to great affordability and insulin access challenges. So, it goes without saying the prospect of having biosimilar insulins is of great interest to the physician and patient community — especially considering the lack of generic competition in the insulin space as a whole and recent price increases.

But one of the statements shared at that Part 15 meeting made me a tad nervous. One physician argued that non-interchangeable biosimilar competition would not be enough to lower costs for patients. Those of you who have kept up-to-date on U.S. interchangeability requirements for biologics know why that was a potentially loaded statement. Until today, most of us have grown used to brushing the regulatory designation off as a commercial nicety — one that is unlikely to impact a majority of the hospital-prescribed biosimilars already launched in the U.S. today. But the arrival of insulin biosimilars following the regulatory transition would certainly change this, seeing as insulins have always and will continue to be distributed via the pharmacy following the transition. If we consider the requirements for interchangeability (the switching trial measuring pharmacokinetics) on top of the typical biosimilar development paradigm, it could easily take years to see interchangeable insulins — if ever.

That’s why it was a rush to read this phrase about developing an interchangeable insulin in the FDA’s guidance: “… demonstrating that the proposed interchangeable product is ‘highly similar’ to the reference product with very low residual uncertainty about immunogenicity generally would mean that an applicant would not need to conduct a comparative clinical immunogenicity study, e.g., a switching study, to support licensure under section 351(k)(4) of the PHS Act so long as the statutory criteria for licensure as an interchangeable are otherwise met.”

In fact, by acknowledging that a well-characterized biosimilar candidate wouldn’t need a switching study to be deemed interchangeable, the FDA continues to align with other regulatory agencies that have not stipulated additional requirements to deem a biosimilar “interchangeable” — at least for the purpose of physician-mandated transitions. (Pharmacy-level substitution is, for the most part, a unique feature of the U.S. market, though some nations in Europe are exploring the potential use of substitution. It is increasingly a given that biosimilars are interchangeable in clinical practice.) I particularly loved this analyst’s analysis on the FDA’s approach: “The real importance of the FDA’s action may end up being a drama-free crossing into interchangeability.” Though the drama that has plagued this regulatory designation is great fun, this is a particularly refreshing — and scientifically appropriate — move on the agency’s part.

There are a few grey areas remaining — at least in my mind — about how and when a company actually attains that interchangeability designation. Prior to this guidance, there have been arguments that any biosimilar insulin approved by the FDA should automatically be deemed interchangeable. Now that the FDA has acknowledged that comparative trials are generally not necessary for either a biosimilar or an interchangeable insulin, I’d think that default interchangeability could be the reality we’re facing. However, whether the agency approves an insulin as a biosimilar and an interchangeable biologic in a parallel fashion without a delay or additional effort from manufacturers remains yet to be seen.

3. FDA Provides Transparency Into Decision Making Process: I think this guidance is the epitome of what we as an industry would like to see more of in the future, especially because it takes into account past experiences and established knowledge. Some of you may rightfully point out that insulins are not as complicated as monoclonal antibodies to develop and analyze. Likewise, we could also say it’s about time the FDA match certain EMA recommendations; so calling this a major advance in knowledge may be a slight exaggeration. But in principle, this is still significant progress to embrace and will make the comments to the docket fascinating to read.

Not only did the agency take the industry’s comments from the Part 15 hearing and the overall simplicity of the molecule into account, the regulators also emphasized published literature, real-world clinical experience, and the EMA’s recommendations for the same product. The FDA provided these justifications in a simple straight-forward list within its guidance. As simple a list it may be, any transparency the agency can provide that proves it’s taking into account both real-world experience and regulatory lessons-learned is huge and offers hope for further regulatory convergence.

Over the past few years, the role of real-world experience in regulatory decision-making has been an increasing topic of discussion. As biosimilar makers and governments around the world invest in the collection and publication of real-world evidence and data on biosimilars, seeing it used by regulators in evolving recommendations provides reassurance manufacturers’ efforts are not in vain. But there’s also a benefit for regulators, as well; being able to see via real-world evidence that biosimilars are performing the same clinically as their reference product adds to regulators’ confidence in the regulatory science that forms the basis for approval.

So, while this may not have been as epic as a guidance offering recommendations on how to streamline the development of Humira (adalimumab) biosimilars, this is a model we can only hope to see in more complex product development down the road.