Sandoz Executives: Have Biosimilars Lived Up To Their Promise? 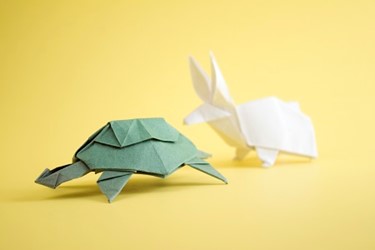 2020 is shaping up to be a big year for biosimilars, which is fitting considering that we will be celebrating the 10th anniversary of the Biologics Price Competition and Innovation Act (BPCIA) in March. That fact may be bittersweet to some of you who have been fighting since the very beginning in the hopes of seeing much greater uptake of biosimilars than we have today. But in addition to celebrating the BPCIA’s first decade of life, there are some bigger pieces falling into place. For one, the U.S. government is cooking up some intriguing policies that could bode well for biosimilars. There will be multiple competitors hitting the market, primarily in the oncology space, and we’ll finally be able to watch real competition unfold in 2020. We’ll also be experiencing the fated regulatory transition that promises more opportunities for biosimilar competition — in particular, for diabetes patients.

If you’ve been reading some of the articles published on Biosimilar Development in recent weeks, you’ll know my editorial board has had a lot to say about the past year and the months yet to come. But they’re hardly alone in expressing a general sense of optimism that the upcoming year could be a boon for the sluggish U.S. industry.

I had the fortune of talking with two U.S. Sandoz executives, Sheila Frame, VP, marketing, market access, and patient services, and William Yoon, head, external engagement and medical advocacy. In the first of this two-part article, I picked their brains about the progress they’ve observed and how challenges for the industry have evolved over the past 10 years. Stay tuned for part two in which they’ll fill me in on the initiatives within the industry they anticipate will be most important for building an even stronger foundation for upcoming waves of biosimilars.

How Have Our Expectations For Biosimilars Evolved?

“I think if I were to go back and ask the industry what it anticipated when the BPCIA was passed, we’d understand why there is a fair bit of frustration at the slowness with which we’ve seen uptake in the U.S. market,” Frame admitted right off the bat. “The complexity of the U.S. healthcare system has made it significantly more challenging than what we’ve seen in other jurisdictions.”

For one, the education and clinical reassurance necessary to assuage healthcare professionals over the use of biosimilars has been significantly more labor intensive compared to educating about generic treatments. As Yoon discussed, we’ve been met with prominent misinformation campaigns about biosimilars — in particular, over the FDA’s interchangeability designation. This regulatory designation, which remains unique to the U.S. and is only meaningful for pharmacy-distributed biosimilars, has often incorrectly been referred to as a “gold standard” over other approved non-interchangeable biosimilars.

“There’s no scientific basis for creating this designation,” Yoon said. “This must be emphasized to health care practitioners [HCPs] and patients, because the FDA is the first to say and has continued to stress that interchangeability is not a higher standard; it’s just additional data.”

The biosimilar business has also proven to be a more complicated endeavor than anticipated —especially for those experts who have come from the branded biologics’ side of a business. Since the dawn of the industry, we’ve talked about how, commercially, these products are a delightful blend of brand and generic. However, even for those that have successfully navigated the innovative biologics market, maintaining a handle on, for instance, the all-important average sales price (ASP) of a treatment is not typically top of mind for a brand treatment as it is for a biosimilar.

“When you have a new brand coming onto the marketplace, everybody wants you,” said Frame. “For those who came from the branded side, there’s a whole portion of this business that we didn’t know before, and we’ve found we really have to go into the details of how this healthcare system works to succeed.”

Though (unpopular) opinions about eliminating the biosimilar industry garnered great attention in 2019, both Frame and Yoon feel that Zarxio’s performance on the market speaks louder than words. Since Zarxio’s launch in 2015, the biosimilar has attained just shy of 50 percent of the market — which is no mean feat, considering it’s technically the third product to market when you count both the innovator Neupogen and follow-on Grastofil. That accounts for upwards of $500 million in savings for the healthcare system, Yoon shared. Frame also anticipates a revolutionary shift in the market upon the arrival of part D biosimilars.

As we wait for the Humira and Enbrel biosimilars to come to market, the dawn of competitive oncology biosimilars is the next “revolution” we have to watch. Though there have been some marked differences between patient and physician populations in terms of biosimilar comfort and uptake, Yoon and Frame remain optimistic that prescription cost pressures in the U.S. will be incentive enough to choose biosimilars in the long-run.

Overall, the U.S. hasn’t quite solved the puzzle of establishing the necessary incentives to improve biosimilar uptake. In many countries, the savings provided by biosimilars guarantee that the public healthcare system can provide biologic treatment to more patients and that there can be greater coverage of innovative treatments overall. For example, in Canada, which has been announcing large-scale transitions in several of the provinces, the transitions have opened the doors to cover innovative treatments and tests that previously were not available under the government healthcare plan. However, that argument is not necessarily as impactful in the U.S., given the greater (but still not affordable) access to innovative biologic treatments than may be seen in countries with public healthcare schemes.

Having been in many conversations with physicians, Frame remains optimistic that there is increasing sensitivity to the need for biosimilars in the U.S. healthcare system. This isn’t just the case for oncologists, either, who, generally speaking, are already incredibly sensitive to the extreme cost of cancer care today. As she pointed out, only two short years ago in 2017, the “great debate” at the American College of Rheumatology (ACR)/ARHP Annual Meeting was on biosimilars — specifically, whether “To Switch or Not To Switch.” As the physician arguing against switching said at the time, unless there was something in it for the physician and patient, it wouldn’t be worthwhile to implement the switch. Not only has that prominent physician in the community gone on to speak positively about transitioning a number of his patients to biosimilars at more recent conferences, but Frame has continued to see an evolution in physician thinking in the past two years. A great example of this is in the success the largest U.S. rheumatology practice has had thus far in implementing a value-based pathway, which greatly increased physician and patients’ usage of infliximab biosimilars.

“I do think people are accepting now that our healthcare system is unsustainable,” she said. “I think that’ll be an important platform via which biosimilars will become more appealing to patients and physicians alike.”

Stay tuned for part 2, in which Yoon and Frame discuss which educational efforts will be top-of-mind in the upcoming years, as well as just how far they expect the biosimilar industry to evolve in the next decade.