4 Takeaways From The FDA's Insulin Hearing 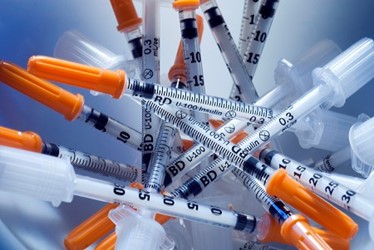 We’re only halfway through May, but it’s already been a big month for biosimilars. On May 10, the FDA released its final interchangeability guidance after spending two years carefully reviewing industry comments and revising the draft guidance. I’m still digesting the new interchangeability guidelines and hope to provide my analysis of them soon. This final guidance “reveal,” if you will, was well-timed, given the FDA’s public hearing on the future of insulin biosimilars on May 13. As the industry braces for the transition of insulin products from the current 505(b)(2) follow-on pathway to the biologic/biosimilar regulatory pathway, the different stakeholders brought their concerns and suggestions to the podium at this hearing.

If we consider the amount of discussion lavished in the biosimilar industry on competition and improving access, the insulin market certainly poses an alluring opportunity for biosimilar manufacturers. There are any number of statistics you could cite on just how large of a health issue diabetes is in the U.S., as well as how problematic access and costs have been for patients, resulting in troubling adherence, rationing, and, in some cases, death. So there is, naturally, great appreciation for the FDA’s attention to the development of competition in this critical class of medicine.

After hearing some of the comments at this hearing, I’m intrigued to see how the FDA will move forward. The discussion on biosimilar insulin has only grown more intense over the past couple of months. This translates into a lot of pressure on biosimilar insulins, not only to improve access and affordability, but also to establish a solid model for a functioning biosimilar market in the U.S. with pharmacy-level substitution (words that, until this hearing, I didn’t think I’d ever say).

Overall, four talking points arose during the presentations that I felt were worthy of singling out. I’d argue that many of these points touch on the broader discussions happening in the biosimilar sphere, including tailored development, interchangeability, immunogenicity, device innovation, and overall patient and provider education.

1. Diabetes Is A Complex Disease To Treat

As I am neither an endocrinologist (surprise!) nor a diabetes patient, I’ll admit I know little about the typical treatment pathway or usage patterns of insulin treatments. For those of you who may be like me, the most important thing to know is that there are four types of insulin: rapid-acting, short-acting, intermediate-acting, and long-acting — each of which is represented by several different brands on the market. What came up throughout the presentations was the fact that many patients are accustomed to switching amongst the different brand products on the market. That said, however, as one physician and representative from the American Diabetes Association (ADA) pointed out, brand products are not currently considered interchangeable from a regulatory perspective; formulary management practices have encouraged this switching.

Now, we could take this information and assume switching to biosimilars may be natural for patients. But given all the switching already occurring in the treatment pathway for diabetes, the introduction of biosimilar and interchangeable insulins could increase the complexity and potential patient/provider confusion. There are also over-the-counter insulins, which can get entered into the mix. As a representative from the Juvenile Diabetes Research Foundation (JDRF) shared, switching can be a source of confusion for patients and may even lead to human error (e.g., taking the wrong treatment). When asked if there is anything the FDA can do or any systems that can be put into place to decrease this confusion, the JDRF speaker proposed color-coding packaging and labels specifically to eliminate any human error that could occur in the distribution or use of short- and long-acting insulins. But she also emphasized clear, concise education that specifies which brands the biosimilars belong to or are interchangeable with.

It’s also important to note that though switches regularly occur between the different insulin brands, the ADA speaker raised several clinical concerns. As he stated, the pharmacokinetic/pharmacodynamic (PK/PD) profiles of each brand of insulin are different, which can lead to hypoglycemic control variabilities. He showed the time-action curves of two different brands of insulin to emphasize the variation in how long it took the insulin to take effect in the body. These differences increase cases of hypoglycemia, patient concern, and, in turn, result in more calls to and appointments with doctors.

2. Will Immunogenicity Concerns Fade In Development Of Insulin Biosimilars?

A point reiterated throughout the public hearing was that insulins are much simpler molecules than Herceptin, Humira, or Remicade, to name a few. As such, while immunogenicity has been a big (but still theoretical) concern amongst biosimilar stakeholders, several speakers from academia, biosimilar companies, and patient organizations asserted that immunogenicity is not a clinical concern amongst diabetes patients and endocrinologists. Though some research has shown insulin treatment can lead to the production of antibodies in patients, safety and efficacy have not been impacted. (In response to these claims, the FDA requested several of the speakers share more specific study results and scientific rationale in their public comments — so for more specific evidence on this, follow the public docket!)

In light of this knowledge, many of the presenters came to the podium with suggestions for smaller, more tailored clinical trials, given the presence of a strong PD marker for the molecule, in addition to the lack of immunogenicity-based concerns. As one speaker from a pharmaceutical company argued, the PD marker and the simplicity of the molecule compared to the larger, more complex mAb treatments means there is very little residual uncertainty following the analytical characterization of biosimilar insulin. Therefore, much of the clinical work for the molecule could be accomplished in smaller Phase 1 PK/PD studies.

But the question of whether the FDA should even be considering immunogenicity in biosimilar insulin development was another key discussion point among panelists and regulators. The potential need to investigate immunogenicity is included in the text of the Biologics Price Competition and Innovation Act (BPCIA), around which the FDA built its evaluation of biosimilars. However, as the presentations by the ADA and JDRF presenters revealed, reproducibility is a much larger concern of patients and providers.

Patients want to know that the daily clinical performance of their insulins will remain uninterrupted following a switch to a biosimilar from its reference product. This is, of course, a universal desire for all patients switching to a biosimilar, regardless of the treatment. But from a development and regulatory standpoint, there are ways of measuring reproducibility of a specific dose in patients. When asked if reproducibility should be a necessary criteria in evaluating interchangeable insulins, one speaker argued this would be worth looking into. Not only would this be valuable to patients and providers, the analysis could also be carried out in a Phase 1, four-period trial with both the biosimilar and the reference product being evaluated twice.

3. Should All Biosimilar Insulins Be Deemed Interchangeable By Default?

Those of you who have read my past columns on interchangeability know where I stand. In fact, I recently wrote an article in response to an op-ed, the author of which was arguing that the U.S. biosimilar boom would not happen without interchangeability (as in pharmacy-level substitution). I stand by my argument that, right now, interchangeability does not nor will it play a critical role for the complex mAbs coming to the market that are administered in the hospital. But I found my thinking somewhat challenged, or at least broadened, by several bold claims made during this hearing.

One of these claims (which was made by several speakers) was that the approval of non-interchangeable biosimilar insulins will not be enough to address the existing failures in the U.S. insulin market. According to these physician stakeholders, non-interchangeable insulins will not save costs nor will they result in increased overall access. Because of this, they argued drug developers in the space should go directly to pursuing interchangeability for their insulin candidates in order to create a meaningful benefit for patients and providers.

This speaker’s main concern was that transitioning insulins from the 505(b)(2) pathway to the biologics pathway would introduce barriers into patient’s abilities to manage their treatments — especially considering the current substitution practices for brand insulins. Given the access and affordability challenges being faced today, this speaker argued that maintaining the “safeguards of substitution” is a necessity. The best way to do this, they argued, is to reinterpret the current rules of the BPCIA when it comes to insulin biosimilars.

4. The Device Ecosystem: What Does This Mean For Interchangeable Insulins?

I was taken by surprise by a presentation that highlighted the importance of the “connected diabetes treatment ecosystem.” A quick Google search will turn up just how much innovation is going on in the diabetes device landscape. For example, several articles profiled the emergence of continuous glucose monitoring systems, insulin smart pens, the artificial pancreas, automated infusion kits, and pumps that provide increased connectivity and user interfaces.

The speaker at this public hearing — an endocrinologist and a member of an innovator company — said these continued technological innovations will pose a particular challenge for the FDA when evaluating biosimilar insulin interchangeability. Given patients’ increasing reliance on newer infusion methods and pumps, there will be pressure on biosimilar makers to provide their own devices that are interoperable within different systems and can match the technologies some patients have grown accustomed to. (Now, I do think it goes without saying that many of these devices are likely protected by and a continued source of innovators’ product patenting. So, this connected ecosystem could ultimately turn out to be just another barrier to biosimilar access.)

Of course, making user-friendly biosimilar devices is a no-brainer, and companies are also aware of the potential for innovation in designing devices. We’ve even begun to see companies releasing data on how patients and providers are responding to their biosimilar’s device. But the increasing technological innovation in the diabetes space raises a few key questions for biosimilar companies to ask themselves and other stakeholders, including how critical it will be to match the innovator’s technological infrastructure. Will physicians consider these innovations dispensable (for lack of a better word) in favor of cost competition like we’ve seen with subcutaneous versus intravenous Herceptin? Or will offering similar device innovations be considered just as critical a need as having equivalent (or better) patient assistance programs?

There is, of course, also the access piece of this puzzle. Though these top-notch innovations may be helpful for patients who have current access to insulin, for patients who may not have access due to cost issues, can some of the staple formulations — syringes, pens, and vials — be suitable for the sake of lower-cost access?