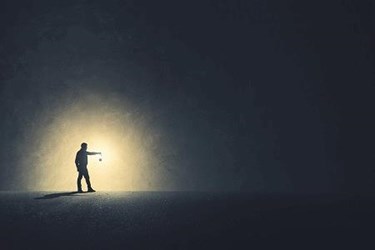 I’ve heard it said that the biosimilar industry will provide years and years of gainful employment for lawyers. Given what we’ve seen of the legal space thus far, this certainly seems to be a valid claim. But in highlighting the biosimilar industries in Brazil, Thailand, and Russia this summer (my imagined summer vacation schedule, if you will), I’d also argue biosimilars pose a wealth of opportunity for those in the regulatory and scientific affairs side of the business. The regulatory and reimbursement landscapes — in certain aspects — differ vastly from country to country, and Russia is no exception.

In a recent article, I shared some insights about the market opportunities and reimbursement system in Russia. But in addition to this snapshot of the market, my conversation with Roman Ivanov, the VP of R&D for BIOCAD, highlighted how the Russian biosimilar regulatory system was established, as well as the challenges BIOCAD has faced during the evolution of the biosimilar approval pathway.

As has been the case in many other countries, “biosimilar” products were released prior to the launch of a targeted biosimilar regulatory pathway. For Russia, the process toward a more thorough regulatory process for all pharmaceuticals and biologics did not take place until 2010 when the government released a federal “Law on Circulation of Medicines.” Prior to the establishment of this law, pharmaceuticals were not required to go through clinical studies for market approval. Biosimilars of filgrastim, epoetin, and interferon did not undergo comparative clinical trials, nor did they have a dossier of analytical data that would’ve met the FDA or European Medicines Agency’s (EMA’s) biosimilar requirements.

Though the Law on Circulation of Medicines established requirements for all drugs to go through clinical trials in order to win marketing approval, the country didn’t gain its own biosimilar pathway until 2014. (Prior to 2014, biosimilars were handled as new biologics.) Today, these guidelines are essentially identical to the EMA’s guidelines. But, as we’re seeing in many nations, it took a while to establish this pathway and to build trust in the concept of biosimilarity.

The Russian regulator, The Ministry of Healthcare of the Russian Federation (the Ministry), is responsible for evaluating all regulatory submissions for novel biologics and biosimilar analytical and clinical data. (A difference from other nations, however, is that manufacturing compliance and other GxP matters are handled separately by The Ministry of Trade.) According to Ivanov, over the past five years he’s seen a lot of growth in the agency’s comfort over the regulation of biosimilars. For instance, when BIOCAD first contacted the Ministry in 2012 to register for clinical trials of its rituximab biosimilar, the regulator wanted to see the same amount of clinical data that would be needed to approve a novel drug because it did not yet have a targeted pathway for biosimilars.

However, as a growing number of countries began adopting almost identical versions of the EMA’s biosimilar guidelines, the regulator came to understand the clinical and analytical requirements for biosimilars. “The products released within the last few years have been compliant with the WHO and EMA guidelines,” Ivanov said. “In fact, we’ve found any company developing biosimilars for the EU and U.S. markets would find it quite comparable to be working in Russia.”

Though these guidelines are nearly identical to that of the EMA, there are naturally some differences and challenges that arise in the interpretation of these guidelines and in communicating with the regulatory agency. In fact, one of the most striking differences in Russian regulatory procedure has to do with the relationship between a biosimilar maker and the regulator. If we look at the U.S. and EMA, for example, there are a number of opportunities available for face-to-face industry-regulator interaction. In fact, within the new Biosimilar User Fee Act (BsUFA) legislation, the FDA has offered the industry even more opportunities for sponsors to communicate with regulators, including pre-submission meetings, mid-cycle communications, and late-cycle meetings. The FDA even extended the review time by an additional two months to make room for these additional communications. Likewise, the EMA has also established a pilot project to provide scientific advice for biosimilar sponsors to promote step-wise development of biosimilars.

In Russia, on the other hand, there is no system in place for scientific advice meetings. In fact, it’s illegal for any face-to-face interaction to occur between the government and a biosimilar manufacturer. As such, all regulatory communications are carried out in writing. Though this system hasn’t drastically impacted regulatory turnaround, written communication can be particularly tricky when it comes to asking questions and interpreting biosimilar guidelines.

“In some cases, the Ministry will respond to your questions with a portion of the guidance that is relevant to your question,” Ivanov described. “However, in many cases, it’s difficult to find the exact answer to your particular situation. You have to interpret the guidance and provide your reasoning to the Ministry, which may send a letter back to you with a different interpretation.”

For instance, BIOCAD has found that companies and regulators often have different interpretations when determining the statistical margins for clinical trials. These margins are used to provide statistical evidence of similarity to the originator and essentially determine the size of a company’s Phase 3 trial. Establishing the proper margins for each biosimilar is a key part of scientific advice discussions with the FDA and EMA. (Though, as was made clear during the recent FDA advisory committee meetings for biosimilars Herceptin and Avastin, determining statistical margins can still be a pain point for the FDA, which did change its stance mid-development for one of the candidates.) As Ivanov said, in Russia, the lack of direct interaction with the Ministry can lead to challenges in establishing these margins.

Despite all communications being carried out in writing, the approval process in Russia is quite timely. Regulatory decisions are made within a period of 200 days (roughly seven months). During that time, a manufacturer is capable of sending and receiving responses to multiple written requests.

Companies working within the country, like BIOCAD, have found that, in addition to regular written communications with the Ministry, being present in the industry itself is a key component of having your voice heard. For instance, Ivanov argued one of the best ways to bolster efficiency in working with regulators is to attend public hearings related to the development of specific guidances. While drugmakers and members of the government regulatory agency are not able to work face-to-face, “It is possible for Russian companies to participate in these public hearings, which help shed some light on how the Ministry feels about a particular issue,” he said. “In general, for a company in Russia to have a swifter drug approval process, it’s imperative they be present in the ecosystem and seize opportunities to become more familiar with the regulator’s stance.”

BIOCAD also finds it useful to pay close attention to EU regulatory decisions since Russia’s biosimilar guidelines are almost identical to those of the EMA. “The EMA’s decisions will likely be taken into account and evaluated by Russian regulatory authorities,” Ivanov explained. “These decisions can help provide more information on how we expect the Ministry will interpret certain issues.”