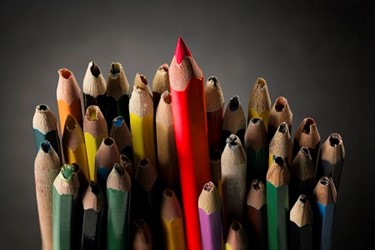 There are few speakers in the biosimilar industry I enjoy hearing more than Molly Burich, the director of public policy, biosimilars, and reimbursement for Boehringer Ingelheim (and valued member of Biosimilar Development’s editorial board). She is capable of whittling down the thousands of pages of healthcare reimbursement policies (often written in Klingon) into concise and understandable information for laypeople like myself. And for those of you who have been trying to stay abreast of all the potentially critical policy changes that have been introduced or proposed over the past few months, you’ll know why her presentation at January’s CBI Biosimilars Summit was very much appreciated.

I’m not the only one to have argued that 2018 was the year of policy. In fact, as Burich prefaced in the beginning of her presentation, the amount of healthcare policy we’ve seen released from a single administration over the last year alone is unprecedented. Among numerous policy proposals, the Department of Health and Human Services blue-print, and Medicare’s International Pricing Index, there are looming or enacted changes afoot that could pack a serious punch in both the biologics and biosimilar domain.

In her presentation, Burich homed in on the medical benefit side of things, seeing as all the biosimilars on the U.S. market today are physician-administered and reimbursed by Medicare Part B (buy-and-bill). Additionally, outside of Burich’s reimbursement-focused discussion I was surprised by how much chatter throughout the conference centered around possible evolutions in buy-and-bill. I’d argue this is a good thing, as it demonstrates the industry’s maturing focus on the tricky intricacies of prescribing and reimbursement under the medical benefit. (There has been so much news in this area recently — stay tuned for a future article that will dig more deeply into that!)

Overall, what rang loud and clear from Burich’s presentation is the importance of reimbursement stability within buy-and-bill. While many of the policies released over the past year could help reduce overall healthcare costs in the U.S., Burich also emphasized how dangerous uncertainty in the reimbursement realm can be.

“There’s so much more from a policy standpoint coming, which is creating uncertainty, and when there’s uncertainty in the reimbursement landscape, that can be challenging,” Burich pointed out. “Physicians have to consider the financials of a product in a buy-and-bill market,” she said. “And because you’re talking about expensive drugs, you really want to have that stable reimbursement.”

In the first of this two-part article, I’ll discuss two current policies that could impact biosimilars in the U.S. — in particular, coding evolutions and the pass-through status debate — and some of the yet-unanswered questions they raise about reimbursement consistency between biosimilars and their reference products.

Is Q The New J? Biosimilars And The Mystery Of The Missing J-Codes

Many of you likely remember a time not too long ago when CMS implemented a policy that grouped all biosimilars together under the same J-code, or billing code. Many of you also likely know this policy was met with loud dissension from manufacturers and physicians, and, ultimately, in a big win for biosimilars, was reversed by CMS late in 2017. That was the biosimilar industry’s introduction to the importance of the J-code.

But what we may not have anticipated was that we’d also have to familiarize ourselves with the lesser-known Q-code. J-codes and Q-codes are both assigned and managed by CMS, though fewer stakeholders are familiar with Q-codes — which are supposedly meant to be only temporary billing codes. In fact, having your novel product assigned a Q-code in the past was akin to a death knell because, in many cases, Q-codes were not programmed into a payer’s system. As such, many systems could not properly bill for that treatment.

Luckily for biosimilars, which have only been assigned Q-codes thus far, those days of payer-misalignment (as far as coding is concerned, at least) are now behind us. Most payer systems now recognize Q-codes in addition to J-codes. But seeing as some of the biosimilar products on the market have had their Q-codes for years, it begs the question of when or even whether CMS will choose to convert biosimilar Q-codes to J-codes to remain in line with their reference products. (For instance, Zarxio has had its Q-code since 2015.)

The arrival of the pegfilgrastim biosimilars Fulphila and Udenyca in the U.S. also introduced another interesting “wrinkle” in the reference product versus biosimilar coding process. In addition to being given Q-codes, as opposed to a J-code like their reference product Neulasta, both of these biosimilars have different descriptors. While thus far Zarxio, Inflectra, Renflexis, and all the other launched biosimilars have the same per-milligram dosage descriptors as their reference products, Fulphila and Udenyca are listed under different dosage increments. The descriptor for Neulasta is for 6 mg, compared to its biosimilars, which are to be billed in 0.5 mg increments. For example, in order to be reimbursed properly for the recommended dosage of the biosimilar — 6 mg — the physician would have to know to bill for 12 units of the biosimilar, as opposed to just one unit of Neulasta.

“Time will tell if this creates an issue,” said Burich. “As a biosimilar manufacturer, it will likely require an additional level of physician education to ensure the physician knows these descriptors are different and, therefore, that they cannot bill the same units they used to for the innovator products. Otherwise, their reimbursement will be shockingly low.”

The decision to provide each biosimilar with its own individual J-code in late 2017 also introduced the biosimilar industry to the world of pass-through status. This status typically lasts two to three years and temporarily bolsters a new product’s reimbursement rate to incentivize providers to use that newer product — including a biosimilar. For those in the biosimilar industry, this was great news — but it was a relatively quiet win. That is, until CMS decided to alter the 340B hospital payment structure. CMS announced that any drugs without pass-through status acquired under the 340B program were to be reimbursed at ASP-22.5 percent, as opposed to ASP+6 percent.

“Pass-through status became very important, because, if a biologic or biosimilar product had pass-through status, it would be reimbursed at ASP+6 percent, regardless of whether it was acquired under the 340B program or not,” Burich explained. “But for older products and for those that had launched more than three years ago, they were subject to a big cut in reimbursement under the 340B program.”

At the time, many innovator companies began to push back against the decision to award biosimilars pass-through status, using the argument that biosimilars were not “innovative” products. In the end, CMS held its ground and biosimilars were still able to apply for and earn pass-through status. As several experts from the Association for Accessible Medicines discussed in an article early last year, this is critical because it would provide a physician a financial incentive to prescribe the biosimilar in addition to promise consistent reimbursement regardless of any other changes to Part B reimbursement.

However, while pass-through status did potentially provide an incentive for physicians to choose biosimilars, a recent federal court ruling could potentially throw a wrench in the gears. A (very quiet) court ruling shortly after Christmas put this move to ASP-22.5 percent on hold. As Burich explained, it’s unclear whether that was just on hold for 2018 or if it will apply to 2019. (We can almost certainly expect there will be an appeal.) It’s also unknown if pass-through status will continue to be a hot topic of discussion in the biosimilar industry over the next year or so.

“Time will tell, but we could see a reversal back to the status quo, where everyone is paid at the ASP+6 percent rate, regardless of 340B or not,” said Burich.

Stay tuned for part two, in which Burich addresses the emergence of step-therapy in certain Medicare Part B plans, the head-scratcher that is the Medicare International Pricing Index, and several other talking points that could further define the Part B reimbursement landscape and its biosimilars.