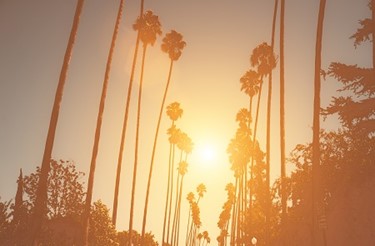 In recent weeks, I’ve been writing about how nonprofit employer groups around the country are approaching biosimilars. One thing is clear thus far: biosimilars may be on employers’ radars, but it’s simply one of many other healthcare topics employers need to be watching. As one expert at Employers Health shared, there was interest amongst employers following the launch of Zarxio; however, because of patent litigation keeping Humira and Enbrel biosimilars from hitting the market, excitement has been dampened. Once the market sees the release of these pharmacy-distributed biosimilars, there likely will be more of a push from employers for biosimilars. In the meantime, another expert from the National Alliance of Healthcare Purchaser Coalitions says more effort must be made to establish wide-spanning educational efforts that tie biosimilars into larger discussions about managing benefits.

Teaming up with nonprofit employer groups is one of the best places to start when it comes to implementing employer educational campaigns. Following my most recent conversation with Lauren Vela, senior director, member value, for the Pacific Business Group on Health (PBGH), it’s clear that biosimilar companies and employer groups have a lot in common, given their mutual opportunity to impact the total cost of care. It’s because of this that Vela believes the employer must become a much stronger voice in the push to grow the biosimilar industry.

“Right now, there are six biosimilars on the market,” she said. “But there are a number of barriers keeping them from being used as effectively as they could be. I think the greatest push for change is going to have to come from the employers, as they are responsible for covering a good portion of these rising healthcare costs.”

However, as other employer group experts and Vela admitted, there are a number of stumbling blocks holding employers back from efficiently integrating biosimilars into their healthcare plans. She provides a good look at the current relationships between employers and those assisting them with their healthcare decisions, as well as how PBGH has set out to create a biosimilar educational and market push initiative.

As Vela described, for the past 30 years, PBGH has been striving to implement a more affordable, higher quality, value-based healthcare system. There are three arms the organization uses to promote change, including a policy arm, a care-redesign arm — which works with medical groups to improve care delivery — and the membership arm, which Vela heads up. In her role, Vela regularly engages with the PBGH’s healthcare purchaser membership, comprising public, private, and state-run employers, including California Public Employee Retirement System (CalPERS), Washington Healthcare Authority, and Covered California (the California Public Exchange). She works with these and other members to understand the initiatives they’ve implemented and determine if they can be leveraged by other purchasers. She’s also responsible for finding opportunities in which employers’ purchasing power can be used to influence or improve the market.

“There are so many opportunities out there in which employers can get involved, but they don’t have the bandwidth to address every single one,” she said. “That’s where PBGH comes in. There are a lot of hard questions that need to be answered in the healthcare space. But we do know we shouldn’t be spending money unnecessarily when higher value solutions can be addressed now, in turn freeing up resources for longer-term challenges.”

Hence the PBGH’s interest in embracing biosimilars. We no longer need to rely solely on brand biologics; employers can begin asking about and pushing for biosimilar uptake. When I asked if Vela had a sense of how widespread biosimilar use was among her clients, she acknowledged there is some biosimilar adoption, but because employers don’t intervene directly in the provision of clinical care, they might not be aware of the opportunity that still exists in their drug spend. As Vela shared, some PBGH members use the integrated distribution network (IDN) Kaiser Permanente for medical treatment. Kaiser is legendary in the U.S. for its 98 percent market share of Zarxio and 70 percent of Inflectra use (and 90 percent of new starts).

But outside of the IDN space, she agreed the urgency to implement biosimilars has been quelled by misaligned incentives, as well as knowledge gaps. In her role, Vela is trying to raise greater awareness of biosimilars and encourage employers to ask their healthcare plan experts about demanding use of biosimilars. However, there are a lot of stakeholders that play critical roles in employers’ negotiations. As such, the decision to use biosimilars may not always be at the employer’s discretion.

“Employers are regularly working with their employer organizations, health plans, PBMs, and their consultants and/or brokers,” Vela said. “They have all these agents influencing them, and everyone has their own point of view about which path is best to follow.” Whether it be the allure of higher rebates by staying with the reference product or lingering concerns about efficacy and safety, many employers will ultimately rely on the expertise of their health plan representatives.

Prior to speaking with Vela, I was impressed by the number of resources the PBGH has at its fingertips. For example, there were a few programs listed on the website that caught my eye, including the California Quality Collaboration, established to improve medical group and hospital quality, as well as PBGH’s history with a multi-payer claims database, which the organization used to capture physician performance data. Currently, PBGH is also working closely with International Consortium for Health Outcomes Measurement to promote adoption of patient reported outcomes. Monitoring these outcomes will be critical in reducing overall costs of care, bolstering healthcare system transparency, and ushering in the age of value-based payment models.

As Vela said, many of the PBGH programs could be used to promote biosimilars, either by improving overall healthcare policies or by redesigning certain medical practices. After all, biosimilar success hinges upon physicians prescribing biosimilars.

In addition to these large-scale programs, Vela has also authored a proposal that she’s sharing with several biosimilar manufacturers. Though she wasn’t able to provide details yet about the shape this project will take, she shared that, “There are three different work streams I’m proposing, which all have to do with using the market leverage we have in order to impact biosimilar uptake.”

There are a number of ways this project could take root. For instance, it could involve measuring the opportunity to manage costs by converting expensive reference specialty products to biosimilars, uncovering opaque rebate arrangements that work against uptake, and promoting the prescribing of biosimilars by doctors. As Vela shared, PBGH is currently looking for partners interested in transforming this component of our currently dysfunctional pharmaceutical supply chain. She urges employers and/or biosimilar manufacturers interested in learning more to contact PBGH.

In the next article in this series on the employer, I sit down with the CEO of the Mid-America Coalition on Healthcare to discuss a project that could be the impetus for more conversation about biosimilar use in certain indications.