What To Watch In The Biosimilar Regulatory Space 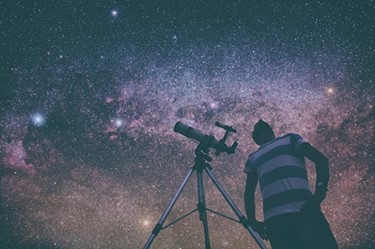 When Julie Maréchal-Jamil, the director of biosimilars policy and science for Medicines for Europe, told me she’d encountered an incredibly stimulating regulatory discussion at the Biosimilar Medicines Group annual conference, I was all ears. Maréchal-Jamil, who also moonlights as one of Biosimilar Development’s valuable editorial board members, helped plan the event which took place at the end of April in London. As such, I wanted to pick her brain on some of the biggest takeaways from the conference, as well as where she felt the biosimilar industry was headed.

As we discussed in a previous article, sustainability was the theme of the 2018 conference. Though there may still be situations in which market access systems need to be tweaked (and in a few cases established), a large part of the discussion also circles around how development can be streamlined, in turn, benefiting market access and overall value. After all, sustainability for biosimilars comes down to a simple question: can a company enter the market, recoup what it invested in the product, and thrive? While a company can certainly explore technological and manufacturing innovations and tools to improve production and cost of goods sold (COGS), regulators also play a critical role here. And as Maréchal-Jamil shared with me, the “tweaks” she and the Biosimilar Medicines Group (as well as a number of other industry experts) would like to see made are far from small. None of the issues discussed will be resolved right away, but you can guarantee these will become regular parts of the dialogue between the industry and regulators in the years ahead.

Regulatory Lessons Learned Are The Key To Advancing Development

Throughout my time reporting in this industry, I’ve come across several arguments for streamlining biosimilar regulatory requirements. And in the U.S., we just observed what I’d consider to be the first big step. We recently celebrated the withdrawal of the highly-contested FDA’s draft guidance on Statistical Approaches to Evaluate Analytical Similarity. This guidance was a thorn in the industry’s side, especially when coupled with complicated guidances in the U.S. that are here to stay — for instance, interchangeability and unique naming protocols. So, to have received word of the FDA’s efforts to eliminate these extraneous and controversial recommendations was a step in the right direction.

The EMA has also initiated an unusually long consultation process on its concept paper on the same topic, investigating whether statistical tools could bring value to the quality comparability exercise. To date, the EMA is pondering stakeholders’ input and reflecting on the course of action. It has not mandated any specific approaches, and Maréchal-Jamil and industry members abroad are arguing in favor of keeping it this way. For one, from a scientific standpoint, while appropriate use of statistics may support comparability exercises, statistics will not serve as the decisive method for a final regulatory decision. Secondly, creating a formal requirement in this area would pose a number of impracticalities, for instance from a business standpoint. Some of the FDA’s withdrawn guideline approaches have a significant potential — if and where adopted — to lead to a potential ghost chase. This, in turn, leads to extra demands on time and resources. In addition, as Maréchal-Jamil argued, there is no evidence of an issue with the current, well-established international quality and comparability processes and standards applied throughout pharma and biopharma development and production.

This takes us to the crux of the argument: if this industry is to move forward efficiently and successfully, it’s critical that regulators take stock of lessons learned when crafting new and, more importantly, revising old policies. The EU has had years of experience regulating biologics, including biosimilars. Therefore, we’ve reached a point where it’s natural to ask what the regulators have learned from the wealth of data they’ve reviewed.

For example, a topic that has been broached at a number of conferences and in a recent publication is the necessity of large confirmatory Phase 3 trials in biosimilar development. Xavier Frapaise, another member of Biosimilar Development’s editorial board, asks in his newly published BioDrugs article, “…based on the recent development of sophisticated analytical methods and evolution of regulatory guidance, one should discuss the relevance of the current clinical development model for biosimilars and raise the following question: are we close to the end of history for large, Phase 3 clinical trials, or, more realistically, could we not drastically reduce the financial and operational burden of biosimilar clinical trials in the foreseeable future?”

Twelve-plus years of experience should provide EU regulators (and global regulators, for that matter) with a long list of lessons-learned. As Maréchal-Jamil emphasized, “As a company, you only see the data you submit. But as a regulator, you see a lot of data that leads to the approval of many products. This begs the question, are there any requirements that consistently do not add value to the decision-making process?” (Indeed, the same question could be asked about how many times the regulators need to provide scientific advice for the same molecules before evolving the guidelines.)

Beyond Phase 3 clinical trials, the global reference comparator is becoming a more prominent concept in regulatory discussions. This idea was originally championed by Gillian Woollett and Christopher Webster, both of whom penned an increasingly popular article for BioDrugs in August 2017. In this publication, the authors proposed a new process for selecting a reference comparator that would eliminate bridging studies between locally-licensed reference products and those licensed in other countries to be used as comparator products for biosimilar development.

As it stands right now, “If there are 10 applicants seeking to commercialize a given biosimilar globally, all 10 of those companies will be required to demonstrate through bridging studies that the comparator reference product used during biosimilar development and the reference product approved locally are the same,” Maréchal-Jamil explained. “Generally, both comparator reference and locally-licensed reference products have been approved based on the same data, including the clinical package.” In other words, there is a lot of doubling, tripling, and quadrupling (and beyond!) of efforts to show two reference products from different jurisdictions are actually one product or better versions of the same product.

Since August 2017, this topic has been highlighted at several conferences, especially in light of the WHO’s pre-qualification program for biosimilars. The WHO previously employed this program in the small molecule generics space, which led to the formation of a list of comparators that could be used. As such, it only makes sense that a similar list of comparators would be put together as the WHO implements the pilot pre-qualification program for rituximab and trastuzumab biosimilars. In fact, the WHO’s program inspired a discussion between audience members and a panel of regulators about the feasibility of the global reference product at the 2017 DIA Biosimilars Conference. At that time, however, this concept was still in the early days of discussion, and it was unclear as to how regulators could implement it.

Now, only six months later, Maréchal-Jamil emphasized the regulators’ growing comfort with and willingness to enter into discussions over such a topic at the Biosimilar Medicines Conference. Though the regulators have not committed to any immediate changes, the fact that these topics are on the table hints at the maturity of the market — especially in the EU.

Part of this growing comfort could be attributed to ongoing joint regulatory efforts to overcome scientific challenges, as well as foster greater cooperation, dialogue, and transparency among regulators. One such effort is the Australia-Canada-Singapore-Switzerland (ACSS) Consortium. In this particular case, Maréchal-Jamil pointed out these countries all have smaller populations and their regulators likely have resource constraints, meaning a joint effort would ensure a stronger, more streamlined effort in the end. One of the initiatives the ACSS consortium tackled in the small molecule realm and is currently discussing in the biosimilar realm gives Maréchal-Jamil hope this effort could provide a spark for a larger-scale effort.

“When ACSS began, it overcame this same reference product issue for small molecule generics; after all, the reference products approved in these four nations — although registered independently in these four jurisdictions — often times are approved using the same regulatory dossier and data package,” she said. “The ACSS consortium is now considering the same approach for biosimilars, which indicates a growing need for the evolution of the entire system.”

Another effort likely to support the implementation of the global comparator reference product is the International Organization for Standardization (ISO) Global Identification of Medicinal Products (IDMP) standards being put in place. One of the main goals of ISO IDMP is to exchange product information in a consistent and reliable manner between regulatory agencies. Thanks to this initiative, it will be possible to locate and identify a medicine and determine its active ingredient, excipients, and which facility produced its various elements, all using a unique number. As such, this system can establish that a drug sold in the U.S. that’s also being sold in Argentina, for example, was actually made by the same producer using the same ingredients. The only difference between the two products would be the label, Maréchal-Jamil explained.

Though Maréchal-Jamil sees things seemingly falling nicely into place, she reiterated that we’re still several years away (at least) from some of these larger scale regulatory changes. The goal is to continue having these unfettered conversations in the years ahead. I emphasize the term unfettered here, because there is always a danger of scientific brainstorming becoming too quickly entangled with discussions on how, legally, certain changes could be made. A conversation on scientific matters can suddenly become bogged down by phrases like, “But this guideline says this” or “the law specifies this,” making it impossible to progress.