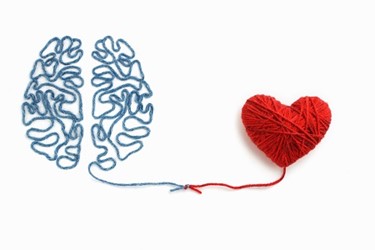 When I sit down with someone to talk about their takeaways from a recent conference, I often end up overwhelmed with topics that I cannot fit reasonably into one article. I found myself in this situation again following my interview with Erin Federman, the head of biologics, Europe, for Mylan, and the chair of the Biosimilar Medicines Group Market Access Committee for Medicines for Europe. (She’s also the newest member of the Biosimilar Development editorial board.) Federman attended and spoke at the Biosimilar Medicines Group conference this past April, which featured updates about how varying countries are approaching policies to promote sustainability and what conversations are occurring on the regulatory front.

In a recent article, Federman and I discussed the conference’s focus on sustainability. But a lot of our focus also gravitated toward the importance of humanizing biosimilars. To accomplish this task, she homed in on the need for clearer language to explain these products, as well as greater industry attention to what she has identified as the “emotional hurdle” to biosimilar uptake.

“There are over 90 published switching studies, and we know how many patients have been treated successfully with biosimilars,” Federman pointed out. “But there are still many stakeholders saying, ‘Yes, but I want to be sure.’ I don’t think there’s going to be a silver bullet, but there’s going to be a sweet spot that the industry has to find to overcome the emotional hurdle to biosimilar uptake. It’s not a factual hurdle — the facts are out there. You can present so many facts, but people will still look straight at you and say, ‘Yes, but I’m just unsure.’ So what can we do to help them feel more confident?”

As Federman shared, conversations about biosimilars amongst stakeholders are beginning to shift in the way that we’d like them to. We’re reaching the day and age when the industry no longer needs to (stringently) justify the science so much as provide information on how the product can be used. Thanks to the recent conference, Federman had a few revelations she plans to turn into more actionable strategies in her role at Mylan and with Medicines for Europe.

The Importance Of Humanizing The Message

A phrase that stuck out to me in our discussion was, “You can anchor any type of healthcare conversation if you anchor it to a person.” Federman is keenly aware of the human aspect of biosimilars, as well as the emotional response patients have towards their medicines. Despite the great need for wider biologics access and scores of safety and efficacy data, we’ve all encountered stakeholders from countries still suffering from gaps in medical treatment that could be met with biosimilars. Yet, many state they’re still unsure about welcoming biosimilars with open arms. And frankly, this is a baffling situation.

This is where Federman argued humanizing a certain disease can be one way to emphasize the value of biosimilars. A good example of this is the breast cancer campaign. More women actually die of heart disease than breast cancer. However, because of the successful awareness campaign for breast cancer, it may seem as though it’s the number-one killer of women.

“The breast cancer campaign has done such a good job of humanizing the disease and putting a face to it — this is your aunt, your sister, your partner, your mother,” said Federman. “The facts become ancillary to the person.”

For a patient, the big questions about biosimilar medicines have an emotional source. Patients will be focused on whether the biosimilar is “good enough,” even though it’s been approved by regulators. Of course, some of these questions will be answered in a matter of time — the EU market is proof of the accelerating uptake of each subsequent biosimilar. But Federman also pointed to another form of value the industry and trade organizations should be looking into that could also help address the emotional hurdle keeping patients from biosimilars.

If there is one thing we do know, patients trust their doctors. I’ve heard this fact emphasized time and time again at conferences, both from pharmaceutical company experts and patient organizations; hence the amount of time and effort being placed to educate physicians. Indeed, this is the target audience of the FDA’s own education effort. But what I found interesting to hear wasn’t that we need to continue providing physicians with more data (though, of course, this will never hurt). Rather, physicians are struggling to talk about biosimilars with their patients. And seamlessly delivering the news about biosimilars could go a long way to earning patients’ trust.

As Federman described, one of the most eye-opening presentations she heard at the Biosimilar Medicines Conference was from Justin Stebbing, a professor of cancer medicine and oncology and a consulting oncologist for the Imperial College and Imperial College Healthcare NHS Trust, U.K. During his presentation, Stebbing said he didn’t need to be convinced about the science or safety of biosimilars, or even about the savings they can provide in the long-run. Rather, he expressed concerns about what to say about biosimilars, and when and how to even introduce them to a patient. In fact, he actually wondered aloud if he even needed to share with a patient the fact that a medicine is a biosimilar.

In light of these concerns, Federman noted there are a few ways she could approach this wearing her different career hats. “If I’m wearing my Mylan hat, I’m thinking we as a manufacturer need to come up with specifically tailored and easily deployed tools that could help guide that conversation,” Federman shared. “If I’m wearing my Biosimilar Medicines Group hat, I think these questions Stebbing poses expose the industry to the more transactional elements of what happens between patients and physicians at the point of care.”

It doesn’t surprise me to hear Stebbing’s concerns, especially given the U.K.’s ongoing work with the BioValue program. As I’ve highlighted before, this program aims to uncover these nitty-gritty details of what actually happens with biosimilars, patients, and physicians at the point of care. (And hopefully, this will become an important baseline of real-world evidence in the upcoming years.)

For instance, as Stebbing demonstrated, physicians may question if it’s even necessary to tell the patient they’re going on the biosimilar. After all, if we refer to prescribing practices in the small molecule generics space, the doctor rarely announces that they’re prescribing a generic. They simply provide the prescription and the patient more often than not receives a generic. Now, obviously, it’s still early(ish) days for biosimilars, and physicians are likely going to lean more towards introducing and teaching patients about the biosimilar prior to prescribing them. There’s still trust and understanding that needs to be gained on both the physician and patient side. That said, however, companies and trade organizations have their work cut out for them to determine just how to guide the stakeholders touching these products on a daily basis.

“Conversations are less focused on sharing equivalence data than they are acknowledging biosimilars are equivalent and asking what that can mean from a practical standpoint,” Federman added. “What would it imply if a physician switched patients? What does it mean when they’re explaining it to patients? From a patient group perspective, do they feel comfortable that the right choice is being made for them at the right time?”