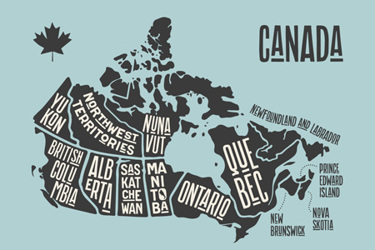 Over the past year or so, it’s been really exciting to hear the biosimilar-related news coming out of Canada. Here, in the U.S. where we are still struggling to get payer buy-in on biosimilars, it’s a breath of fresh air to hear that some Canadian payers and the provinces have noted the value of biosimilars and are striving to more widely introduce them into the overall healthcare system.

One of the first discussions about Canadian biosimilar uptake efforts we heard about — both here on Biosimilar Development and in the biosimilar conference world — was the work of non-profit payer Green Shield Canada (GSC). This large Canadian payer was the first to establish a biosimilar transition program with several of its employers at the beginning of 2018. Fast forward to May of 2019, British Columbia became the first province to implement a sweeping transition program for all citizens covered by the provincial health plans. A similar transition program model was implemented a few months later by Alberta and even more recently Ontario. When all is said and done, these three provinces account for 64 percent of Canada’s total population.

Given all of the progress being made in the nation, I was thrilled to note the wide array of speakers representing the Canadian biosimilar market during the World Biosimilar Congress. Biosimilar Development’s own editorial board member Ned Pojskic of GSC provided updates on the uptake they’ve seen in GSC’s switching program. In addition, several experts from The pan-Canadian Pharmaceutical Alliance (pCPA) and Cancer Care Ontario also shared presentations about the work being done to implement biosimilars on a wider scale across the country.

In the first of this two-part article, I’ll share the key takeaways from these presentations that paint the complex makeup of the Canadian healthcare system and current stakeholder needs as it relates to biosimilar switching, with a specific focus on the results of the GSC transition pilot.

A Snapshot Of The Canadian Healthcare System & Biologics Market

“Everybody is under the impression that the Canadian government pays for everything in healthcare,” Pojskic explained. “But there is a significant portion of our healthcare system that is private, especially when it comes to drug reimbursement. That’s a major part of how we finance drugs in Canada.”

Unlike in the U.S. where private healthcare plans cover the full scope of care — in- and outpatient hospital care, independent physician office visits, and pharmaceutical usage — Canadian payers have a slightly different purview. “We primarily focus on drug coverage, disability coverage, and life insurance,” Pojskic listed. “This is what employers provide as part of an employment benefits package.”

The provincial plans, on the other hand, cover doctor visits and medically necessary hospital visits and procedures. Oncology care, for example, is a provincial expense. Regardless of whether a patient has private insurance, the province covers the cost of the cancer treatment. Much like the U.S.’ Medicare program, many of the individuals relying entirely on the provincial plans are seniors and low-income residents. However, the provincial coverage typically ends once the physician pulls out the prescription pad. In most cases, an individual’s medications are covered by the private drug plans or the costs come out of the patient’s pocket.

As Graham Statt, the assistant deputy minister of Alberta Health and vice chair of the pCPA further explained, while we often describe the Canadian healthcare system as “universal,” there is not currently a universal “pharmacare” system — a publicly-funded program that covers the nation’s pharmaceutical spend. In some provinces, a portion of patients’ prescription costs is covered, depending on the product and the government’s spending threshold for each particular drug. This often only applies to certain populations like the elderly, indigenous, or those receiving social assistance. (For example, British Columbia, offers a PharmaCare program for those enrolled in their Fair PharmaCare income-based plan.) In Alberta, Statt shared that government-sponsored plans pay roughly half of the province’s entire biologic drug spend.

As a whole, Canada’s annual drug spend rings in at around $40 billion, coming in just behind the U.S. and Switzerland. Of that $40 billion, the public sector, funded by the provincial governments, covers about $14 billion. The private sector funds around $12 billion per year, but patients typically also have out-of-pocket responsibilities for both prescription copays and over-the-counter drugs. According to this article in The Lancet, roughly half of Canada’s population (35 million) has private insurance. But because there are parts of the population that remain uninsured or underinsured, establishing a national PharmaCare program remains a passionate debate in Canada.

The country’s high drug spend can be explained by its heavy reliance on biologic medicines. While the U.S. obviously ranks first in biologic drug utilization, Canada is following closely behind in second place. GSC, which is the fourth largest private payer in the country and covers 3 million lives, found that biologics account for 22 percent (and rising) of the payer’s annual drug spend. Remicade, in particular, is a big-ticket item in Canada, accounting for $1 billion of the country’s drug spend alone — a whopping 25 percent of the global Remicade spend ($4.3 billion in 2019). This also explains why infliximab biosimilar competition has faced unique challenges in the country. Even after five years of biosimilar infliximab’s launch on the Canadian market, the country boasts sluggish uptake levels, with the infliximab biosimilars securing only 5 percent of the market to-date. (The extent of the “shenanigans” the country encountered following the introduction of biosimilars was covered nicely in this 2018 exposé in The Globe And Mail.)

The GSC Transition Pilot: Digging Into The Results

Since writing about the launch of the payer’s biosimilar transition initiative for Remicade and Enbrel in rheumatoid arthritis (RA) in 2018 (here and here), GSC has since added gastroenterology patients taking infliximab, along with offering the option to transition to Basaglar for patients taking Lantus.

For the pilot, “We said if the patients want to stay on the originator, that’s fine,” Pojskic said. “We did specify however, that we would cut down the price of the claim to the cost of the biosimilar and the patient would be responsible for the difference. That’s a challenging amount for a patient to pay; but preserving patient choice was something that was really important, so we made sure to structure the program in that way.”

Patients were given 90 days to work with their doctors and determine if they wanted to make the transition to the biosimilar. Fifty-six percent of patients chose to switch to the biosimilar. There were 19 percent of patients that stayed on the originator and paid the difference, which Pojskic admitted was a much higher percentage than expected. However, after reaching out to these patients to learn more about their experience with the program, it became clear that a majority of them had actually received the additional funding from one of the originator companies to remain on that specific reference product.

Fourteen percent of patients went off-the-radar after the start of the pilot, meaning they did not submit additional claims. Since that percentage is much too high to assume these patients were all cured (unfortunately!), Pojskic surmised that a portion of these patients likely received free samples of the reference product, which is not an unusual practice in Canada. “The originator is sometimes advanced free of charge to patients on behalf of the reference manufacturer to help maintain adherence,” Pojskic added. The remaining 11 percent of patients were excluded from the pilot’s results because they were being treated for nonrheumatic conditions (e.g., psoriasis).

When asked if there was a medical exceptions process in place for patients who had clinical reasons to remain fully covered on the originator, Pojskic admitted that the payer did not broadcast a specific process. There were concerns that, if this were made readily available, it would sway physicians from prescribing the biosimilar. GSC made sure physicians knew they could approach the payer with any medical reasons for remaining on the originator and they would be evaluated. However, despite the fact a number of physicians mentioned they were going to be submitted exceptions, they never followed through.

“It’s very difficult to find a clinical scenario in which a patient needs the originator,” he qualified. That’s not to say the payer didn’t think through some of the potential non-medical reasons — for instance, there could have been logistical reasons in which receiving the originator would be more convenient for the patients should infusion clinics for the biosimilar be fewer and far between geographically. “But we never arrived at nor did we receive a feasible clinical reason,” he added.

Though this pilot was ultimately a success, it was quite untraditional in the grand scheme of things when originally starting out. The other private payers and provinces originally remained in contracts with the reference product manufacturer, making GSC the first payer in the country to start promoting biosimilar uptake. Culturally, this was also a large change for Canadian employers, many of which are hesitant to implement measures that impact overall drug spend. For example, many employers don’t even require their employees to take the generic first when one is available as part of their benefit management plans. And though the employers enrolled in this pilot ultimately took the leap, Pojskic emphasized that it was a long journey to get to that stage.

“Every piece of evidence was there saying that this was a rational, safe way to go,” he shared. “But I cannot emphasize enough that we worked for years with our Canadian employers to make sure they understood why we were rolling out this pilot program. If employers had not been in agreement, this change would not have happened.”

Stay tuned for part two which will delve into the work of the pCPA and Cancer Care Ontario!