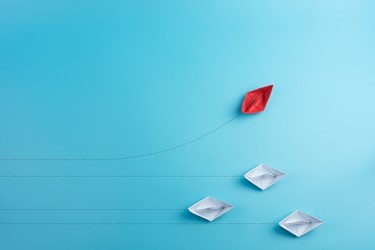 Though I’ve spent a lot of time the past few weeks focusing on the European and U.S. biosimilar landscape, there is one country that has remained somewhat of a mystery to me: Canada. (Being a resident of Pennsylvania, which is all but a three-hour drive away from Canada, I really should be paying more attention to my neighbors to the North.) But this certainly isn’t for a lack of interesting biosimilar goings-on in Canada.

In the past, I’ve written about Health Canada’s biosimilar regulatory policies and its participation in the FDA’s “biosimilar cluster.” But the country has been coming to my attention quite a bit in the past few weeks, especially since the Canadian company Apobiologix announced Health Canada’s approval of Lapegla, the world’s first Neulasta biosimilar. (And for those of you following the global Neulasta biosimilar regulatory trends, it’s been a bumpy road for a number of early filers.) I was also lucky enough to meet the leader of Arthritis Consumer Experts (ACE), a patient organization in Canada that is playing a valuable role in promoting a thriving Canadian biosimilar market and speaking out against fear-mongering attempts.

But thanks to the line-up at the Biosimilar Medicines Group conference in April, I was introduced to a player that, I’ll admit, I didn’t realize existed. Here in the U.S. where we discuss the complexities of our health insurance landscape daily, I typically only think of Canada as a publically-funded healthcare system. But as Ned Pojskic, leader of pharmacy and health provider relations for Green Shield Canada (GSC), a private, non-profit insurer, pointed out, roughly 40 percent of drug coverage in Canada is through private healthcare. Private benefits are largely (though not exclusively) provided to employers to cover drug, dental, medical device, and paramedical costs.

What captured my interest in particular was GSC’s leadership with biosimilars. Back in 2015 when Inflectra came to market, GSC became the first public or private payer to make the biosimilar the preferred treatment on its formulary for rheumatic conditions. The company, which covers 2.5 million lives across Canada, has since created a biosimilar policy and is currently rolling out a pilot biosimilar transition program among its clients. Though it’s still in the early stages, this is an intriguing program to keep our eyes on as the market continues to advance in Canada.

“Employers are experiencing a lot of pressure, and funding their health plans is not legislatively mandated,” Pojskic said. “They don’t have to offer it. It’s an add-on that is offered to keep employees healthy and productive. Ultimately, it’s our responsibility to keep employers’ plans sustainable. And biosimilars are going to help us do that.”

When I learned that GSC was the first company to promote Inflectra on its formulary (they even beat the provincial health plans to the punch), I knew I needed to hear the full story. Given the struggle biosimilar companies in the U.S. have had reaching payers, I was curious to hear what led GSC to make this decision.

Naturally, there were — and still are — a number of systemic challenges that served as barriers in making the necessary changes to introduce biosimilars. On the macro level, aligning the large number of stakeholders in Canada has been a big challenge in Pojskic’s role. As he pointed out, the publicly funded healthcare system is a large part of the Canadian economy. Not only is it one of the nation’s biggest employers, it also consumes 40 to 50 cents of every tax dollar that is collected. As such, many stakeholders are resistant to change, for a variety of different reasons. There are also an impressively large number of healthcare-related associations. Pojskic counted 2,700-some associations, which comprise patient advocacy or trade organizations representing manufacturers and other supply chain stakeholders. These groups all have an interest in how the healthcare system takes shape.

That’s just on the macro-level. GSC also embraced going against the grain in the private payer realm when choosing to prefer Inflectra. Much like we’ve seen in the U.S., GSC found itself faced with the option of keeping the reference product on its formulary and receiving a certain discount from the innovator. And when GSC said no, it was a controversial decision many argued would endanger patients.

“We made the conscious decision not to take this deal that virtually every other private insurer in Canada took,” Pojskic said. “We couldn’t engage in a deal that shut out the market for a biosimilar manufacturer. We were concerned that not giving preferential treatment to the biosimilar would ensure all the volume would remain with the originator and damage healthy market competition.”

These were valid concerns, as well, if you consider how extensively Remicade is used in Canada. According to Pojskic, Remicade’s global sales amounted to upwards of $5 billion. In 2017, the sales of Remicade in Canada alone eclipsed $1 billion. “If you were to cut that by 47 percent, which is Inflectra’s discount, you’d see potential savings of $470 million a year across the healthcare system — all for the same efficacy and safety,” he shared.

GSC only had to wait a year to see its decision vindicated when each provincial drug plan jumped on board with biosimilars. In the beginning with Inflectra, GSC’s policy stipulated that only naïve patients could be automatically placed on the biosimilar. Though current biologics patients weren’t required to change, there were still concerns about the use of biosimilars in general — even for new patients. However, since making this decision, Pojskic has noted a shift in how biosimilars are discussed. “Now, two years later, patient organizations and physicians agree it makes sense to start a bio-naïve patient on the biosimilar.” But that certainly wasn’t the perception to begin with.

Existing biologics patients are not required to make the switch to the biosimilar in current policy. But Pojskic expects that, given another two years or so, the conversation will evolve to patients and physicians being comfortable with the transition for those taking the reference product.

To fuel this evolution in biosimilar knowledge, experience, and comfort, GSC has implemented a new pilot program. Roughly three months ago, GSC announced its biosimilar transition program, which will be rolled out amongst all willing GSC clients later this year. (It’s ultimately up to the individual employer if they’d like to participate — hence the importance of biosimilar companies educating employers!)

The program started with two biosimilars — Inflectra and Brenzys — and patients with rheumatic conditions are eligible for making the transition. Patients with gastrointestinal conditions are not currently included in the program. “We think there’s a lot of positive evidence there, but we’re choosing to take a step-wise approach to start out,” said Pojskic.

Patients taking either Remicade or Enbrel are identified and, should the employer opt into the program, the employee is notified they have 60 days to either transition to the biosimilar version of the product or to continue on the innovator. But just as we’ve often discussed the importance of there being a “carrot” and a “stick,” if the patient wishes to stay on the originator, they must pay the difference. “It’s like a low-cost alternative approach, where, after they speak with their rheumatologist or their family physician, they can choose which product they’d prefer,” said Pojskic.

Naturally, my next question was about the educational strategy behind such a program. Though the patient has time in those 60 days to consult their doctors about transitioning, GSC also established a dedicated team of nurse care coordinators. When the patient is notified of the option to transition, GSC points them in the direction of these nurses for more information on the safety and efficacy of biosimilars. GSC also sends the plan member a document informing them that the biosimilar has been approved by Health Canada and, in turn, has demonstrated safety and efficacy.

GSC also worked hand-in-hand with a patient advocacy group when structuring this biosimilar program. As I’d mentioned earlier in this article, I had the pleasure of meeting and hearing the founder of Arthritis Consumer Experts (ACE) speak at a recent conference. I was thrilled to learn Pojskic consulted with ACE while creating this program, given the advocacy group’s unwavering support of biosimilars.

“ACE is very much in touch with what’s going on from a literature perspective and the evidence that’s out there,” he explained. “We had them design the program for us and tell us exactly how it should be structured. By teaming up with them, we were able to use their collective knowledge and the patients they work with and have the type of conversation that informs patients, rather than scare them.”

In every country — and generally in this industry as a whole — there have been several key events or publications that have created new baselines of knowledge. We’ve noted the NOR-SWITCH trial in Norway, as well as the publication of an article demonstrating the safety and efficacy of switching in 90 different switching studies. I’d argue this experience will take its place as a critical model initiative for other payers globally as they explore ways to implement biosimilars.

A number of countries are well ahead of the curve in adopting biosimilars, and there is real-world evidence to support the whole-hearted approach to encouraging biosimilar uptake in all approved indications. However, there are still a number of nations that are either late arrivals to establishing biosimilar policies or are struggling to educate and encourage trust in these products. There is something to be said about the step-wise approach to biosimilar transitions we’re seeing in a nation as large as Canada. I expect this initiative will be one other private payers can look to for inspiration in crafting their own biosimilar policies. And, in the meantime, you can guarantee I will be keeping in touch with Pojskic to hear more about the evolution and successes of this program as it takes root.

Stay tuned for a follow-up article with Pojskic in which he shares his perspective on the simple way companies can improve their relationships with payers.