"What Would Kaiser Do?" Changing The Employer Mindset About Biosimilars 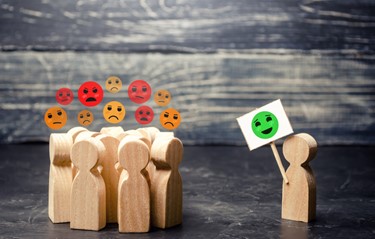 It’s not every day that you get a physician, a payer, and an employer coalition at the same table. But sometimes miracles happen — especially when the topic of discussion is biosimilar market access.

Last fall, I had the immense pleasure of being on the organizing committee for the DIA Biosimilars Conference. The experts I selected for my panel are not only ones with whom I’ve written articles in the past, but they’re also part of organizations that have been leaders in biosimilar access and healthcare reform. Ned Pojskic, leader of pharmacy and health provider relations for non-profit payer Green Shield Canada, helped head up a biosimilar transition program for infliximab in RA amongst several of its employer clients. In the employer realm, Lauren Vela is the senior director of the Pacific Business Group on Health, which represents many of the U.S.’ leading employers. Biosimilars are just one of the many methods for which Vela has been tirelessly advocating to help employers become more accountable for lowering the cost of care. And last, but certainly not least, Dr. Sameer Awsare, associate executive director of The Permanente Medical Group, is working within one of the leading U.S. biosimilar success stories. Integrated delivery network (IDN) Kaiser Permanente has seen biosimilar usage skyrocket in all therapeutic areas where a biosimilar is available — including those most recently launched to rival Roche’s oncology blockbuster trio: Rituxan, Avastin, and Herceptin.

During our discussion, Pojskic, Vela, and Awsare shared the best practices within their organizations that have improved biosimilar usage and which could serve as a model for other stakeholders to advance the industry. In addition to implementing transition programs, exploring direct contracting and value-based care arrangements, the panelists also touched upon inefficiencies within the reimbursement system that are currently stifling biosimilar progress.

Though we hardly arrived at a solution for the misaligned incentives that exist within the U.S. reimbursement pathway (wouldn’t that have been great?), we still explored the systems being built to support value-based care, within which biosimilars will play a critical role. In this first of a two-part article based on our discussion, Pojskic and Vela highlight some of the payer and employer-centric discussions that are being had today to both improve biosimilar access and navigate a system that has not been friendly to lower-cost competition thus far.

Behind The Scenes Of A Successful Biosimilar Transition Program

In 2018, I caught word of a unique effort in Canada being implemented by the country’s fourth largest insurer. In the U.S. where payer buy-in left much to be desired and we were struggling to see any uptake of the infliximab biosimilars, I jealously listened to Pojskic outline the efforts Green Shield Canada had taken to implement a pilot infliximab biosimilar transition program. (GSC was the first private payer to do so in the country.) In short, employers providing GSC health plans gave their employees the opportunity to participate in the pilot. Willing (key word) patients could choose to transition from their reference product to the biosimilar for a lower copay. Those who wished to stay on the reference product could do so, but for a higher copay. GSC worked closely with a patient organization to ensure the transition process was designed with patients in mind. The employer also played a central role, seeing as they were willing to shake up their plan design and had to communicate clearly with their employees about involvement in the pilot.

“We had to convince the employers of the importance of long-term strategic thinking, as opposed to short-term return,” he explained. “Fortunately, that has worked. We started with a few large employers and around a hundred patients were involved with the pilot to start. We’ve now expanded it to include several hundred more.”

GSC has expanded to include Enbrel in its transition program, and over the course of this year will be broadened into the gastroenterology conditions. The tides are changing within Canada as a whole; both British Columbia and Alberta have since announced their plans to implement biosimilar transitions for those covered on the provincial plans. As Pojskic pointed out, this does place added pressure on the larger private plans in the country to embrace biosimilars, many of which have kept originators on their formularies thanks to aggressive bundling rebate deals. However, given the complexity of the number crunching required to turn away from these deals, Pojskic expects the private insurer landscape won’t be undergoing similar radical changes as the provinces any time soon.

We’ve faced a similar situation here in the U.S. as it relates to incentivizing (some) payers to make the transition. In fact, one of the most-watched anti-trust cases remains whether bundling rebates — which are by no means a new contracting strategy — is anticompetitive when there are lower cost alternatives on the market. In many cases, these rebates are used not only as a method of keeping the originators’ market share high, but they’re also used as a way to keep employers from pushing back against the lack of biosimilar inclusion on their health plan formularies. One of the most common arguments employers will hear when biosimilars enter the discussion is that the originator offered a higher rebate, which, ideally, employers are supposed to receive back at the end of the day. This, in turn, would discourage plans from making the switch to the biosimilar.

It was interesting to hear that, though an issue in the U.S., this wasn’t as big of an issue in Canada — at least not for employers. According to Pojskic, the rebate is a new phenomenon in the private payer market.

“We started seeing them about three or four years ago, especially with Remicade, which is a highly prescribed drug in Canada,” he explained. “As such, Canadian employers aren’t used to rebates and, therefore, don’t expect them. The bigger concern was about denying patients the treatment that the physician prescribed.”

Though biosimilars may have been a newer treatment phenomenon in Canada, he found it important to communicate that this type of change was hardly novel in the grand scheme of insurance coverage. Payers determine the clinical efficacy and safety of treatments with their pharmacy and therapeutics committees prior to adding the treatments to their formularies, regardless of whether the treatment is an originator or a generic or biosimilar. Formularies do shift over time to different treatments. There are prior authorization procedures in place for patients that need treatments that may not be on the formulary. “This transition is simply a step in the same direction,” he added.

How Employers, Manufacturers Could Address The Rebate Hurdle

In the U.S., this remains a difficult discussion to have — and not just because of the concept of rebates. It all comes down to responsible benefits management, and the medical benefi t— under which all the currently launched biosimilars exist — is a hard nut for employers to crack. As Vela described, the rebate conversation the employers have is going to be drastically different depending on whether the drug is covered under the medical benefit or the pharmacy benefit. (The latter would be where the Enbrel’s, Humira’s, and insulins will someday reside.) Though many employers may hear from their health plan partners that remaining on the originator was better from a rebate standpoint, most employers — especially those outside of the large, self-insured employers — are not seeing rebates returning to them under the medical benefit.

“How this caveat can be addressed will be a drastically different conversation depending on which employer it is and their size, which health plan they have, and which medical group,” said Vela. However, she has seen some progress amongst the employers PBGH represents thanks to a line of questioning she’s implored them to pose to their healthcare partners. Now that there is competition for Remicade thanks to biosimilars, many times when a company asks their health plan why Inflectra or Renflexis are not being used on the formulary, they’ll more likely than not be met with an answer that has to do with rebates being much higher for the originator. In this case, Vela tells her employers to remember two important things.

“A rebate is not a discount if it doesn’t come back to the person paying the bill,” she pointed out. “If the rebate is staying with the intermediary, it’s a kickback. Employers need to be asking their brokers, consultants, and health plans that, if these discounts are so much better for Remicade, where is the employer realizing these better discounts? Secondly, it we don’t use these competitive forces, we will cease to have them, and competition is one of our only hopes for the sustainable growth of specialty drug costs. We must pursue specialty competition.”

In fact, I was heartened to hear how some employers have decided to carve their own paths forward. For years now, site of care has become an increasingly important method for employers to control the overall cost of care. It’s well-known that treatment centers linked to hospital in- or out-patient produce larger bills compared to an independent clinic, medical center, or physician’s office. For a few large employers, their solution has been to turn to direct contracting and their own on-site infusion clinics. “Large employers are really becoming invested in launching onsite clinics — beautiful primary care settings,” she explained. “It’s only been done once before that I’m aware of, but I’m now working with another jumbo employer that would like to implement an infusion clinic within their onsite clinic.”

There is also increasing interest in buying directly from manufacturers which would enable employers to by-pass some of the hurdles that appear within the supply chain — especially the tricky rebate net. As she explained, because manufacturers are hard pressed to contract with employers for their PBM business for fear of disrupting that powerful channel, they might be more willing to consider drugs in the medical benefit space. This is certainly not an easy process, nor is it necessarily ideal. However employers recognize they must do something radical. If employers were to cut deals directly with manufacturers, they would, in some ways, be creating a similar healthcare universe to that of an IDN like Kaiser Permanente.

In fact, as Vela joked, she often asks her employers, “What Would Kaiser Do?” (WWKD bracelets forthcoming soon, no doubt). “If we were able to clean up all the disincentives within the healthcare system today, we’d arrive at a Kaiser-like system,” she added.

Stay tuned for part two, in which the experts dig further into lessons learned at Kaiser Permanente, including how stakeholders outside of IDNs can also pursue more efficient care delivery with biosimilars and other tools.