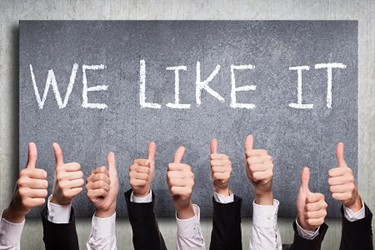 A few months ago on May 27th, those of us in the U.S. biosimilar industry (jealously) read the news from our neighbors in the North: the province of British Columbia (BC) decided to implement a mandatory transition to biosimilars in both rheumatology and gastroenterology. The policy is poised to impact roughly 20,000 British Columbians suffering from diabetes, ankylosing spondylitis, plaque psoriasis, psoriatic arthritis, rheumatoid arthritis and 1,700 Crohn’s and colitis patients. Over the past few months, PharmaCare-covered patients being treated with originator biologics for these conditions have been in conversations with their physicians and preparing their transition to the biosimilar, which must be completed by the end of November 2019 for rheumatology patients. Gastroenterology patients taking Remicade or Enbrel must be transitioned by March 5, 2020, the government recently announced on September 5.

Following the original announcement in May, there were press releases from different organizations expressing their support over the government’s move, and there were, naturally, a few op-eds that made it sound as though this was the most dangerous decision the province had ever made. That’s why I felt there was no better place to learn about how the process is going and how patients feel about it than from the rheumatology patients themselves.

Having written articles in the past featuring the insights of national arthritis community leader Cheryl Koehn, the founder and president of the patient advocacy organization Arthritis Consumer Experts (ACE), I reached out to learn the inflammatory arthritis patient community’s thoughts on the large-scale transition to biosimilars. I also wanted to know which best practices the government employed behind-the-scenes to ensure the policy would be a success, both in BC, and potentially in other provinces that may choose to implement a similar policy.

We talk regularly about the importance of a multi-stakeholder approach in implementing biosimilar policies. While a number of countries are still learning how to adopt a fully multi-stakeholder approach, I was pleased to hear just how many voices were involved in the BC government’s decision-making process. As Koehn explained, ACE and the BC government have had a long relationship. Over the past 20 years, the patient organization has been the primary source of information and education on the inflammatory arthritis treatment and clinical pathway for the government. Having learned from other interviews in that past that payers, despite the thousands of claims they receive for treatments, can be fuzzy on treatment needs and practices for certain diseases, it makes sense that government decision makers would also need a similar level of education. And so far, that education has paid off in BC. It was the first province to list a biologic on its formulary when they first arrived in Canada. Much of this decision was due to the information the government garnered from ACE, as well as the board of rheumatology experts it recruited as an educational resource on the treatment needs for this patient community.

Following the emergence of biosimilars a few years ago in Canada, the number of treatments available for patients in rheumatology increased, and ACE saw the importance of keeping the government up-to-speed with the ongoing release of biosimilar safety and efficacy data. A central mantra for ACE has always been to “follow the evidence.” After being assured by safety and efficacy data and the scores of positive transition data published from around the world, ACE was intent on embracing biosimilars and wanted to make sure other stakeholders followed the same mantra. Whenever ACE received new information demonstrating biosimilar success, the organization shared the news with the government along with ACE’s own educational materials.

“Twenty years ago, it was important to share how big of an advance biologic treatments were for those of us living with inflammatory arthritis,” said Koehn. “Biosimilars just added another layer to that; they’re the same amazing treatment but they also bring affordability. Whether it was talking about how we would inform patients, rheumatologists, and pharmacists, all of us were together in a room. This was not an isolated, government-driven approach.”

It was the amount of collaboration that occurred, in addition to the scientific evidence about biosimilar safety and efficacy, that left the rheumatology community fully supportive of the government’s transition. And though Koehn can only speak for the rheumatology community, other therapeutic communities are able to celebrate certain aspects of this transition, as well. It’s been said time and time again that integrating biosimilars into the healthcare system ultimately frees up funds that can be used to cover innovative treatments and other important services. In this particular case, the diabetes, psoriatic arthritis, and Crohn’s and ulcerative colitis communities found themselves with new, much-desired treatment options.

As a result of the transition to biosimilars, Jardiance would become a treatment option for type two diabetes patients. “This was the first type-two diabetes treatment to come to the formulary in some time, and the community has long been advocating for this addition,” Koehn added. In the inflammatory arthritis space, psoriatic arthritis patients will now have access to Taltz. Like the diabetes space, this will be the first new treatment the population has seen for quite some time. And in the Crohn’s and colitis space, patients will receive support from more nurses and have access to the fecal calprotectin diagnostic test.

The decision to include new, innovative treatments on formularies and build hospital nursing staff has been on the government decision makers’ desks for months because there hasn’t been money to include them,” Koehn shared. “This policy was announced, and suddenly we have additional funds that can now be invested into our treatments. We’ve also seen an improvement in special access criteria so more patients can be treated with biologics and targeted small molecule treatments such as Xeljanz and Olumiant.” (As a note, Canadian governments typically establish caps in terms of funding for a specific medication per patient or for a medicine overall, regardless of the number of patients.)

Though provinces have their differences, there were a few universal practices within BC’s own transition that Koehn felt were notable that could inform other provinces planning a similar transition. As I touched upon in the first part of this article, a multi-stakeholder approach is imperative; in fact, having each stakeholder looped into discussions as early as possible lends itself to a much more seamless transition process. For example, this transition — though big news to most of us outside of Canada — was far from a surprise for patients and physicians in BC.

Two years ago, BC stipulated that new start patients would be placed on the biosimilar as opposed to the reference product. “At that time, the government told ACE that, within a few years, it would be looking to implement a large-scale transition policy, given all the successes being observed in Europe,” Koehn said. The government took a pragmatic approach; it wanted to observe as much as it could from the experiences of other countries. But this pace had its perks; as Koehn pointed out, BC rheumatologists have had the past 18 months to go to their patients and inform them that an etanercept of infliximab biosimilar was likely in their future.

“This transition wasn’t going to happen in one fell swoop come the deadline,” she added. “Patients have been transitioning to the biosimilar over the past few months and there haven’t been any issues.” In fact, the government shared that 18 percent (355 patients) taking Enbrel for inflammatory arthritis (RA, psoriatic arthritis, or ankylosing spondylitis) have begun treatment with the biosimilar, while 17 percent (70 patients) have transitioned to Inflectra or Renflexis. The biggest transition thus far has been the 11 percent, or upwards of 2,100 diabetes patients that have transitioned to Basaglar.

As she emphasized, building time into the transition process was important because it gave patients and their physicians room to have a meaningful discussion and take the transition at their own pace. It also enabled ACE, in particular, to lead or participate in half-a-dozen webinars and podcasts that would give rheumatologists, private insurers, and pharmacists a sense of the information patients would need to learn in these conversations. To get this information, ACE asked its population several questions, including: What would help you in this discussion? How would you like your rheumatologist or healthcare provider to have the conversations with you?

Koehn, a biologics patient herself, has a balanced understanding of the way these treatments work in the human body. “The reality of my life as a patient living with chronic disease is that I have to transition from therapy to therapy because my disease gets wise to a treatment’s mechanism of action,” she explained. “I’ve transitioned medications more than 20 times in my life with my rheumatoid arthritis.”

Because of these experiences, she looks at transitioning to a biosimilar very differently because you’re not changing the mechanism of action. “If I’m on an originator and its working, the chances are very high the biosimilar will continue working and my insurance coverage is going to enjoy a longer life span and the government will not require my physician to jump through the same hoops they would have to in order to keep me on the originator,” she added. (In the rare instances where a patient’s need to remain on the originator can be clearly indicated, that option is available to them in the BC policy. This is why having the board of scientific advisors was a good call on the BC government’s part.)

I’ve always been heartened by the work ACE has done within the Canadian patient and healthcare sphere to promote the safe and effective use of Health Canada-approved biosimilars. When I asked about how ACE has seen its messaging evolve over the past few years in particular, Koehn reiterated the importance of patient communities being knowledgeable and following the scientific evidence. As more evidence about safety and efficacy appeared, followed by successful transitions in other nations, the patient organization began outwardly showing its support for biosimilar usage. And though in some cases that support led to funding losses, Koehn knows it was an important step to take. The question today is no longer whether or not patients make the transition — it’s about how to implement such a transition well.

“It’s the right thing to do, not just for one patient or for a handful of patients that had good fortune or premier public or private insurance coverage to have access to the originator biologic,” she said. “It’s for all patients who need a biologic.”

Koehn will be featured in two upcoming panel discussions at the DIA Biosimilars Conference taking place in Bethesda, Maryland. The first panel will take place during the short course on U.S. Biosimilar Policies from 1-5 PM September 22. She will also take part in a panel discussion on overcoming current knowledge and perception barriers on Monday, September 23. We hope to see you there!