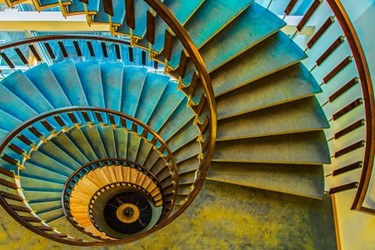 Last week, I was thrilled to flee the Northeast's latest “snowmageddon” to attend the 14th Annual CBI Biosimilars Summit in Alexandria, VA. Having attended the conference the past three years, I continue to find it to be one of — if not the best — conference in the U.S. What never ceases to surprise me is the passionate group of people it brings together and the discussions that result during each presentation. After the last few busy months in the biosimilar industry, I was looking forward to hearing a variety of different perspectives from across the different stakeholders in the space.

As I discussed during my own presentation, given the real-world evidence (RWE) we saw released last year, it’s clear we have the safety and efficacy of biosimilars down, and we’re starting to see how effectively (or ineffectively) these products are being introduced to patients, integrated into healthcare systems, and starting to save money. But there is also one topic of discussion that is becoming too big to ignore these days — and that’s the sustainability of the industry.

There were several events in 2018, both in the U.S. and EU, that brought sustainability to the forefront of discussion, including the launch of several Humira biosimilars in the EU, the FDA’s Biosimilar Action Plan (BAP), and the approvals of two pegfilgrastim biosimilars in 2019 in the U.S. and EU without large comparative clinical efficacy studies. Similarly, after hearing announcements from several companies about how they’re altering their biosimilar investment strategies in the last few months, it’s clear we are at some sort of inflection point in this industry.

But after sitting through panels led by a patient advocate, several employers, and a regional payer, I think it’s critical that we step back and realize that there is progress being made — it’s just currently being made in a step-by-step, or “step-wise” fashion, if you will. Just as the FDA emphasized that companies should take a “step-wise” approach to biosimilar development, I’d argue this same approach needs to be embraced in our commercialization and education efforts moving forward.

In 2017, I attended an event where I heard from four different patient advocacy groups about what they needed to know about biosimilars and how best to present that information to patients. At the time, patient groups across the indications emphasized the need to be reassured about safety and efficacy of biosimilars. There were still concerns about extrapolation depending on the indication, and there was a lack of clarity surrounding interchangeability as a regulatory and commercial policy.

After hearing from Laura Wingate, SVP, education, support, advocacy, for the Crohn’s and Colitis Foundation (CCF), speak at that former conference, I was excited to get the chance to reconnect with her at this year’s CBI summit. In the past two years, there has been an immense amount of progress made at the CCF in terms of their biosimilar educational efforts, as well as their comfort level with a single switch from the originator to the biosimilar. As Wingate shared, the community — which works with both patients and physicians — no longer has concerns about the concept of extrapolation, which, as we know, was a big concern originally. In fact, as she described, biosimilars are considered a natural part of the biologic treatment paradigm, and more could be done to emphasize that even brand products are biosimilars of themselves from batch-to-batch.

RWE has played — and will continue to play — a big role in increasing the patient and physician populations’ comfort level with biosimilars. In order to continue increasing patients’ knowledge about these products, Wingate urged manufacturers to more regularly share their recently published studies directly with their patient advocacy partners. These advocacy group-manufacturer conversations should also extend into the different challenges manufacturers are facing, as well. Information about why and how biosimilars are struggling to enter the market has critical implications for patient access and will impact cost savings for the patient — the latter of which Wingate emphasized was the most important factor that would encourage patients to drive the push for biosimilars. (Stay tuned for a future article about our conversation during the final panel of day one!)

Overall, collaboration was a key theme that arose throughout each stakeholder presentation. For instance, as one regional payer explained, in order to ensure a seamless roll-out of biosimilars to its members, it collaborated extensively with four of the largest stakeholder groups in the region. These stakeholders included patients and physicians, as well as employers and community members (e.g., business leaders and health systems).

In many instances today, payers have been hesitant to commit to biosimilars, given the short-term risks this transition poses, including fears over patients not converting and/or the loss of innovator rebates. Implementing a biosimilar transition plan is not going to be as simple as a step edit or a prior authorization conversion. Managing the needs and concerns of the four major stakeholder groups will not be accomplished via a 90-day communication initiative. Rather, this particular payer — which went on to have great success implementing biosimilars — had to address a number of questions, one of the most important being which tools could be used in order to make it more appealing for stakeholders to make the change to the biosimilar (e.g. adjusting fee schedules to incentivize physicians).

I was also glad to see so much emphasis placed on the employer throughout the conference as a whole. Since CBI’s 2018 conference, which introduced me to the concept of the employer as a critical stakeholder, I’ve noted manufacturers are paying an increasing amount of attention toward working with employers. Not only did the two employer-focused presentations spur in-depth conversations between the audience and speakers, but it also reinforced that pricing concerns have reached such heights for employers that biosimilar alternatives could be a welcome addition in employer healthcare negotiations. As two of my editorial board members, Matthew Harman of Employers Health and Lauren Vela of the Pacific Business Group on Health, highlighted, we’ve entered an age where CFOs are now more regularly becoming part of companies’ healthcare benefits meetings. (More on their thoughts coming soon!)

We also heard a case study (discussed in a recent article) presented by Troy Ross of The Mid-America Coalition on Healthcare. Thanks to his organization’s data-mapping efforts, employers are gaining greater insight into the costs related to chronic indications like rheumatoid arthritis (RA). Employers are also getting a stronger grasp on the different management tools they can use to impact medical benefit costs — for instance, encouraging the use of independently owned infusion clinics (as opposed to hospital owned). The organization has since announced its interest in partnering with biosimilar manufacturers to carry out its data mapping initiative in RA now that biosimilars have entered the market. And, from what I’ve heard, this idea sparked a lot of interest from a number of companies in attendance at the conference.

If there is one thing to note about the success stories I’ve shared here, it’s that we’re finally in an age where biosimilar manufacturers are not the only ones fighting to make this industry a valued and feasible part of the healthcare system. Though biosimilars may not be dominating the market today or seeing the same level of uptake as they are in Europe, we have the piecemeal makings of a successful biosimilar industry. And this is exactly what we have been hoping to see in year’s past when manufacturers were the only ones talking about getting the U.S. market off the ground.

From Microcosm To A Biosimilar Universe: What Can Be Done Now?

Of course, the industry must evolve from accomplishing insular, often smaller regional or group-by-group successes. As was emphasized throughout the conference, much of this can be brought about by increased collaboration amongst stakeholders, and I’d argue recent events suggest we’re on the right track.

In the last few weeks, I wrote an article about the newly formed Biosimilars Forum Roundtable, which has united and will continue to unite U.S. stakeholders from 40 different organizations to discuss biosimilars and methods for moving the market forward. I also learned the RA switching pilot implemented by the nonprofit payer Green Shield Canada was declared a success and is facing a larger roll-out to more Canadian employers. As I discussed in an article with GSC last summer, this involved a strong collaborative effort amongst employers and patient advocacy groups in RA to ensure the 90-day pilot would be a success for all parties involved. The same, no doubt, will hold true for the broader roll-out of the pilot.

In order to see success extend from smaller to more wide-scale settings, Edric Engert, managing director of Abraxeolus Consulting and Biosimilar Development editorial board member, argued there needs to be a more unified effort in the industry to address the larger systemic challenges. Outside of the collaboration we’ve witnessed to address misinformation and IP challenges, there are a number of systemic commercialization barriers that will require a more unified approach from the industry. Take, for instance, the lawsuit between Pfizer and J&J over the innovator’s alleged anticompetitive rebate bundling. While Pfizer’s claims have garnered additional support from several large retail pharmacies, we have seen little unity over this concern amongst manufacturers. At the end of the day, rebate-level challenges are not unique to, nor will they remain unique to one company. This is an issue any manufacturer could run into in the process of contracting, and, as such, requires a joint effort for a more competition-friendly market.

Another increasingly prominent systemic issue all stakeholders are grappling with is the need for sharp discounts and immediate savings upon the introduction of the biosimilar. Given that biosimilars promise cost savings for the healthcare system, it makes sense that all stakeholders would be looking for these savings right off the bat. But as several companies have reconsidered or adjusted their investment in biosimilars over the past few months, there’s a lot of concern about the impact of this short-term mindset. As numerous experts acknowledged during the conference, many stakeholders have to operate on the short term. For instance, patients approach spending on a day-to-day basis when it comes to balancing the costs of living with the costs of their chronic treatment needs. Similarly, employers and payers renegotiate healthcare contracts on a yearly basis, and, as such, there’s always pressure for attractive rebates and greater cost savings.

There’s no magic solution to eliminating our reliance on short-term goals — though this certainly didn’t stop me from asking multiple experts throughout the conference for their thoughts on what a magical solution might be. As one audience member argued, it's important to point out in conversations with payers that, without biosimilars on the market, the payer will only continue to see high prices because of that lack of competition. Innovators may be playing fast and loose with their rebates and discounts to fend off biosimilar competition today, but should biosimilar competition disappear, payers will not continue to see those innovator-related cost savings in the future. As such, there needs to be greater understanding of the long-term impact and benefits of biosimilar competition.

We may be facing an inflection point as companies determine to what extent they wish to remain involved in the industry. But Engert continued to emphasize throughout his presentation that we don’t yet know in which direction this inflection point is going. “There’s hope,” he said. “The biosimilar industry is incredibly complex, and it’s true that almost every day or every week, we confront a new hurdle. In my view, though, as long as we find ways to successfully manage and mitigate the risks, the returns are there.”