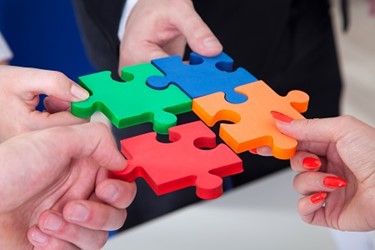 When I hear the term “biosimilar stakeholder,” I often think of the usual suspects: the physicians, payers, and patients. Even the government gets its fair share of attention. Over the past few months, I’ve shared some articles highlighting several patient organizations and unpacking what is needed to establish better relationships with payers. I’ve also looked into the important role the pharmacist plays as an “information hub” within the hospital.

But at the recent 2018 CBI Biosimilars Summit, I was introduced to the importance of the employer within the wide web of biosimilar stakeholders. It’s still early, of course, but there have been several efforts to educate employers about biosimilars. As I detailed in a previous article, the National Business Group on Health (NBGH) — a membership organization for 400-plus large U.S. employers (10,000+ employees) — created a list of recommendations for employers to introduce biosimilars into their vocabulary. Tiffany McCaslin, senior policy analyst for the NBGH, emphasized the organization’s excitement over biosimilars and its desire to see employers become better-versed on biosimilars when designing their benefits packages with their pharmacy benefit managers (PBMs) or third-party administrators (TPAs).

In addition to outlining the NBGH’s biosimilar-related recommendations for employers, in her presentation at the CBI Biosimilars Summit, McCaslin touched upon several important challenges facing employers. As we strive to understand what influences employers’ health plan decision-making processes, I feel it’s important to highlight the growing demand for greater pricing transparency and the complexity posed by the lack of an integrated benefits system.

The Rebate Predicament: Could We Start From Scratch?

Being a non-native healthcare insider, I wouldn’t dare pretend to understand the intricacies of the U.S.’s infamous rebate system. But what I do know, and what has been reinforced by research recently released by Trinity Partners, is the current rebate system has not been friendly to biosimilar competition. Indeed, we’ve entered the age where traditional methods of contracting are being alleged as anti-competitive and Pfizer and J&J are embroiled in a lawsuit over Remicade contracting practices. This is largely in response to the market dynamics that are shaped by performance-based contracting, in which payers receive rebates for distributing certain volumes or achieving certain levels of market share for a drug. The better the drug does on the market, the higher the rebates become. This is why Inflectra and Renflexis faced uphill battles with payers this year; the contracting practices for Remicade were crafted as such that switching patients to Inflectra or Renflexis would’ve led to fewer Remicade patients and, in turn, a smaller rebate from J&J. Ultimately, encouraging biosimilar use would’ve cost the payers more money.

As McCaslin revealed, the rebate system also has left many employers scratching their heads, primarily because rebates haven’t evolved with health plans. “Generally speaking, employers are ready to get away from the rebate game, particularly given the prevalence of high-deductible health plans [HDHPs], McCaslin said. “Rebates worked when everyone was on a Preferred Provider Organization (PPO) plan and everyone had a copay. But that’s not always the case anymore.”

Quite a few employers have begun turning to HDHPs in an effort to control the rising costs of healthcare. According to CVS, 29 percent of workers enrolled in their employers’ HDHP. Though that might not seem like a high percentage, it is five times higher than it was 10 years ago, and it’s only likely to increase. As patients enroll in these plans, they become less shielded from the high costs of medicines. Similarly, as more patients become responsible for covering larger portions of a drug’s actual cost, passing rebates from the payer to the employer becomes more complex.

I forayed into the wacky world of rebates in an article late last year following CMS’ Medicare Part D proposal to pass rebates to consumers through the point of sale (POS). It’s this practice (outside of the Medicare Part D program) that is causing the greatest complexity for employers as they negotiate their benefits programs and rebates. As McCaslin explained, some of this complexity is because a number of PBMs are not ready for or capable of passing rebates through the POS. Similarly, knowing how many people in a company’s population will pay for their prescriptions at the pharmacy POS is an imprecise practice, at best. In turn, the total amount in rebates each employer should receive from their PBMs becomes imprecise, as well.

Last year, CVS became the first PBM to announce it would be offering pass-through rebates for customers at the POS. Express Scripts has a similar program called SmartShare Rx, which helps reduce out-of-pocket costs for patients picking up a prescription at the pharmacy. And just this week, UnitedHealthcare announced it would begin passing rebates from drug companies on to patients. I found an interesting article in Drug Channels that explains CVS’ program in greater depth — as well as discusses some of the questions and potential cons of such a rebate strategy. Perhaps the most obvious con is that, while patients would benefit by gaining access to rebates at the POS, insurers would see a decrease in the rebates they (hopefully) would’ve used to offset premium costs. As such, though individual patients would see a discount at the POS, there likely still would be an overall increase in their plan premiums.

This places employers in a bit of a philosophical predicament when determining the appropriate rebate strategy for their employees, McCaslin described. They could either provide the benefit of a rebate at the POS — though this would only benefit a small subset of employees. Or they could use the rebates to lower overall plan costs.

It’s these limitations posed by current contracting and rebate strategies that are sparking employers’ desire to see changes to the rebate system — or even a complete venture away from it. In an ideal, conflict-free world, one could assume eliminating rebates could lead to lower drug prices. After all, large rebates from the drug manufacturers wouldn’t have to be built into the price of a drug. However, in the end, no matter what solutions arise, employers — and many other stakeholders — are craving more visibility into the pricing of treatments.

“I think we’re getting to a place where we can have more transparent negotiations that are absent of discounts and artificial rebates,” McCaslin said. “This is where employers would like to be — especially as we face the market entrance of biosimilars.”

In order for there to be greater transparency overall, however, there also needs to be greater visibility into the different benefits systems. The NBGH is advocating for biologics and biosimilar makers to better communicate cost-comparisons between the specialty pharmacy and the medical sides. The lack of an integrated benefits system makes it challenging for employers that are only aware of the high prices paid for biologics or biosimilars at the pharmacy. There is no sense of how much money was potentially saved would the patient have remained untreated and ended up in the emergency room. “Absent this model where spend on specialty drugs equals health cost offsets on the medical side, we just end up in an environment where it looks like these products are really expensive,” McCaslin said.

Interestingly, a few years ago when Gilead shocked the country with the price of Sovaldi, which went for a $1,000 per pill ($84,000 for the whole treatment regimen), it was quite common to hear how much cheaper that treatment was than hospitalization and a liver transplant. Though I’m sure these conversations and acknowledgements currently exist in the biologics realm, it’s not often we hear discussions about how taking pricy Humira for Crohn’s or ulcerative colitis could actually be less costly than seeing an untreated patient hospitalized because of severe flare-ups.

As such, McCaslin urged us all in the biosimilar space to advocate for an integrated benefit model “where we can draw straight, hard lines — not dotted lines — between spend at the pharmacy and spend on the medical side.”