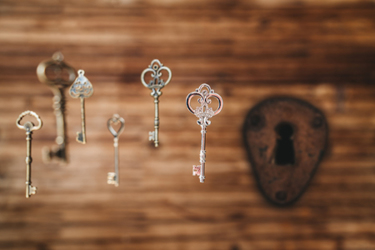 Typically, when we hear about value-based care, our thoughts automatically go to the frameworks being established to pay for the cell and gene therapies making their way onto the market today. However, the rise of value-based programs — for example, the model championed by CMS called the Oncology Care Model (OCM) — could open the door to greater biosimilar awareness and usage. In fact, in a previous interview, one group of oncology clinics shared that its participation in OCM was one reason it has been promoting stronger uptake of biosimilars in its clinics. After all, the program promises that medical centers capable of reducing their overall cost of care to certain levels will be financially rewarded with a cut of those savings.

As some of my recent articles have likely revealed, I’ve been on a mission to hear more from the prescribers, healthcare practitioners, or medical centers succeeding with biosimilar uptake, especially in the wake of new oncology biosimilar entrants that can be used in curative conditions. But integrating these new biosimilars into the treatment paradigm will have an impact, not only on patients and hopefully healthcare costs at large, but also on a number of operational elements in the different healthcare settings. Hence why I turned to Dr. Chadi Nabhan, the EVP and CMO of Aptitude Health and an adjunct professor in the college of pharmacy at the University of South Carolina, to fill me in on how hospitals will be challenged in the process of introducing biosimilars and how manufacturers can work with health systems to improve uptake.

However, as the buck falls on physicians and healthcare systems to better control the cost of care, I also wanted to hear more from Nabhan about the variety of value-based care models he’s been watching and how biosimilars (and biobetters) could fit into the overarching goals of these arrangements.

Biosimilar And Biobetter Competition: How Many Choices Are Too Many?

In the biologics space, we’re no stranger to originator companies’ efforts to improve the value of their legacy products. Whether this innovation is a more efficient device enabling a patient to receive a treatment at home as opposed to the hospital or a modification that leads to a more convenient route of administration, there have been some great patient- (and patent-) friendly advances. But as the biosimilar industry keeps progressing, it’s becoming clear that these efforts will no longer be restricted to the originator companies’ playbooks.

It’s long been said that biosimilar products’ commercial journeys were going to be much closer to those of brands than generics. Biosimilar companies are faced with the far-from-easy task of adding value and differentiating each biosimilar product from other biosimilars and the reference product, in addition to providing an attractive low cost and increased access for patients. In fact, a small handful of companies have begun publicly announcing their strategies to launch biobetter versions of their biosimilars. The most notable of these to-date is Celltrion’s subcutaneous infliximab product, which was recently approved for rheumatoid arthritis in Europe.

But as we continue to see the impact of value-based care models on physicians’ decision-making and the public’s growing awareness of cost of care, I question whether such innovations will be embraced. Because biobetters will require higher development costs due to clinical studies and (currently) no extrapolation (especially for a formulation change), it would only make sense that we’d be facing a higher price point for such innovations. In fact, as this article describes, Celltrion, for example, has chosen to launch its subcutaneous biobetter of infliximab in Germany at a higher price-point than the standard of care, but at a lower price point than the second-line treatment for RA. As we’re all aware, the European markets are very different animals than the U.S., meaning we can’t rely on these nations as appropriate pricing models for the U.S. However, generally speaking, if the price for the biobetter is high in Germany, it’s likely to be even higher here in the U.S. This is why such development efforts both fascinate and puzzle me, especially as we enter the age in which physicians are increasingly penalized for exceeding budgets and rewarded for reducing the overall cost of care.

As Nabhan described in the previous article, there are several factors behind physician prescribing practices, and this can be closely linked to internal clinical pathways, purchasing power, reimbursement practices, and the culture of each healthcare ecosystem. For biosimilar manufacturers, the rise of value-based care calls for a bit of introspection. One of the biggest questions biosimilar manufacturers need to ask themselves is how care delivery patterns are adjusted under value-based schemes, and how the biosimilar can best fit within those delivery patterns.

Nabhan offered, “One of the things that the manufacturer would have to look at is, if the practice is using the biosimilar, are they improving practice efficiency? Are they improving the bottom line? Are they reducing costs? For example, there may be some novel biologics that have a longer administration time than the biosimilar. Would this play a role in their decision to go with a biobetter or the standard biosimilar?”

There are, of course, also physician and patient preferences that play a critical role, as well. Whether these stakeholders feel more comfortable with a subcutaneous product compared to an IV product, for example, will naturally impact whether they choose to turn to a different formulation.

Overall, there will always be choices, whether it be a biologic, biosimilar, or biobetter, and Nabhan doesn’t anticipate there will be one product or, specifically, “one biosimilar to rule them all.” (The Lord of the Rings biosimilar memes are just writing themselves…) “As a biosimilar maker, you will earn a certain amount of market share,” he said. “How do you attain that reasonable market share if you’re a biosimilar? Ultimately, you need to come in and demonstrate how the biosimilar adds value without increasing the cost of care.”

Nabhan identified the shift from volume-based to value-based care as one of the most significant trends shaping the healthcare landscape in the past decade, and he continues to keep a close eye on them because of how much there still is to be learned. As I’ve mentioned I’ve heard some success stories within the CMS’ OCM model, but as he pointed out, we’re still likely a few years away from knowing how effective this model is in the long run. In the meantime, outcomes-based contracts (OBCs) and shared savings models have been a few other models that have captured his interest.

It’s highly likely that these models have entered your radar at some point or another. In fact, as a publication from Avalere Health last year shared, the number of health plans that have an OBC in place with manufacturers has swiftly been increasing. In 2019, 60 percent of payers had struck agreements with manufacturers tying a product’s reimbursement with clinical, financial, or quality measures. This is an increase from a previous 2017 survey, at which point only 24 percent of health plans had such a contract established. In the world of biologics with future biosimilar competition specifically, Amgen recently established an OBC arrangement with the pharmacy benefits manager (PBM) Abarca. Should a patient cease taking Enbrel within three months, Abarca will be entitled to a rebate from Amgen. This is the second such arrangement for Enbrel; the first was struck in 2017 with Harvard Pilgrim.

In addition to OBCs, Nabhan is watching shared savings programs, the most prominent to note being CMS’ Medicare Shared Savings Program (MSSP). In volunteering to participate in the MSSP, accountable care organizations (ACOs) comprising doctors, healthcare professionals, and hospitals/medical centers can share a percentage of the government’s savings if they stay within certain pre-defined financial and quality metrics. The percentage of savings and whether CMS provides financial support in the program rollout will differ depending on which track ACOs choose. In addition to creating savings, this program strives to balance risk-sharing and implement higher-quality care for specific Medicare beneficiary populations. Based on the stats from the CMS site, the effort has been a success thus far. It has led to the creation of 517 ACOs which, in 2018, earned a total of $983 million in shared savings.

Over the past few years, successful UK gainsharing programs have demonstrated that enabling physicians and their hospitals to attain a certain percentage of the savings was the incentive they needed to embrace lower cost alternatives like biosimilars. The MSSP is a similar arena in the U.S. in which physicians could be incentivized to transition in larger waves to biosimilars.

As Nabhan explained, “A biosimilar company could, for example, approach a payer that has a shared savings program established with a certain site of care. Together, they could establish a certain percentage of biosimilar usage for patients treated within that shared savings program.” Not only would the payer benefit from the savings, there would also be added incentive for the physicians and their hospitals or medical centers because their reduced spending would result in a cut of the savings. “I think everybody would be happy — the patient, the payer, the healthcare system,” he said. “I think it’s an opportunity to explore.”