What Incentivized These Oncology Clinics To Embrace Biosimilars? 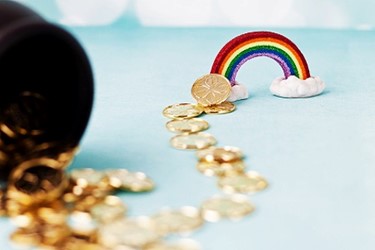 So far, 2019 has been one of the wackier years in the trajectory of the U.S. biosimilar space. It’s been the year in which the entire purpose of the biosimilar industry has been called into question. But it was also the year we started hearing how a number of organizations and stakeholders have begun to succeed in using biosimilars.

For example, a few months ago, the American Rheumatology Network (ARN) (previously known as the Articularis Rheumatology Network) announced that it had achieved great uptake of infliximab biosimilars, thanks to the establishment of a value-based pathway. This effort came just a few months after pharmacy benefit manager Magellan Health shared that transitioning existing and new patients to infliximab biosimilars had bolstered the biosimilars’ market share to 86 percent (75 percent if only considering new starts).  For those of you aware of the immense difficulties the infliximab biosimilars have faced on the market, you’ll know that any word of progress here is great news.

We also celebrated the launch of the first two oncology monoclonal antibodies (mAbs) biosimilars, Amgen’s Kanjinti (Herceptin) and Mvasi (Avastin). Shortly after the launch, OneOncology, a network of four community oncology practices (West Cancer Center, Tennessee Oncology, New York Cancer & Blood Specialists, and Arizona Blood & Cancer Specialists), shared the news that it had begun using both of these biosimilars. OneOncology’s four practices comprises 242 oncology providers. In 2019 alone, 167,000 patients were treated at one of its 134 clinics. So, the news the network had adopted Kanjinti and Mvasi was quite heartening, especially since the products had only just launched.

To learn more, I reached out to Dr. Jeffrey Patton, the CEO of Tennessee Oncology and president of physician services and board member at OneOncology. I wanted to better understand the overall decision to implement these products, as well as which mechanisms he believes will help improve biosimilar usage in oncology in the months and years ahead.

As you might expect, there are a few general differences between hospitals and community oncology clinics — size and number of staff being one of them. While hospitals can boast upwards of 20 oncologists, Tennessee Oncology, for example, comprises 32 clinics throughout the state, each of which have anywhere from two to six providers. Seeing as Tennessee is largely rural, the community oncology clinics serve as an important touchpoint for those that live far away from larger cities and hospitals. Instead of driving several hours for treatment, patients receive care closer to home and typically from a provider who is also a part of their local community.

“Generally speaking, I define community clinics as ‘mom and pop’ clinics that offer oncology accredited nurses and a high level of expertise in a more intimate setting than a larger metropolitan medical center or hospital,” he offered.

In terms of implementing biosimilars, the sophistication of the clinic or network of the clinics will play a critical role. For OneOncology, which is a relatively large network, introducing the biosimilars followed the same network-wide implementation process used for all drugs, including a pharmacy and therapeutics (P&T) committee review. Once Kanjinti and Mvasi were accepted onto the formulary, there were a number of educational efforts the clinics offered to ensure providers were all on the same page about biosimilars, including webinars, virtual meetings, and many emails.

“Our practices are similar in that we’ve already shared best practices on how to adopt new technology or formulary changes; this just involves a lot of practice-wide communication,” he said. “We basically had universal buy-in for new patients starting a biosimilar of Herceptin or Avastin. It’s an easier conversation to have, given the equivalent safety profile and the opportunity for cost savings.” The decision to transition from the originator to the biosimilar is kept between the patient and physician and the clinics respect the decision to keep the patient on the originator should the physician feel that is the best choice.

Which Incentives Could Spur A Biosimilar Transition For Community Oncologists?

One of the biggest questions this industry is still struggling to answer is how exactly we can establish the appropriate policies and prescribing practices to incentivize stakeholders to adopt biosimilars. This is why I was particularly interested to learn which factors encouraged OneOncology to begin administering Amgen’s biosimilars. While Patton cautioned that oncologists’ quicker uptake of Zarxio, a supportive care product, may not signify how quickly oncologists will embrace complex therapeutic biosimilars, he anticipates that the biosimilars of Roche’s mAb trio will become a much more widespread tool for community clinics and hospitals alike to bring down oncology treatment costs.

“The arrival of Kanjinti and Mvasi was one of the first opportunities for us to participate in decreasing overall drug costs, so we absolutely wanted to take that opportunity,” he affirmed.

For OneOncology and community clinics in general, Patton emphasized how important generating savings is for improving clinics’ infrastructure — especially since “most of our infrastructure is people,” he shared. “If there are savings coupled with an increase in profitability, then we’re able to invest in the people we need to improve our infrastructure.”

But he also opened my eyes to a pilot program that I found particularly intriguing, given some of the incentive models we’ve watched work so well overseas — namely the gainsharing system in the U.K. OneOncology is part of The Center for Medicare and Medicaid’s Oncology Care Model (OCM), a value-based initiative launched to encourage more efficient and cost-effective specialty treatment under Medicare. Currently, this pilot has 175 practices and 14 payers enrolled across the U.S. As Patton explained, clinics involved in this program are paid a per-month, per-patient fee for those undergoing chemotherapy treatment for cancer. This fee encourages each participating practice to work with its patients to determine the appropriate route of care. There is also the chance that practice could receive a second, performance-based payment based on how well the clinic lowers the overall cost of care.

As Medicare’s website describes, “The $160 Monthly Enhanced Oncology Services (MEOS) payment assists participating practices in effectively managing and coordinating care for oncology patients during episodes of care, while the potential for performance-based payment incentivizes practices to lower the total cost of care and improve care for beneficiaries during treatment episodes.”

Patton likens this program to the Electronic Health Records Meaningful Use program, implemented a decade ago by CMS to encourage providers to adopt electronic health records. “I view the OCM as a similar type of initiative in which they’re incentivizing physicians to adapt their care delivery to a value-based platform as opposed to a volume-based platform,” said Patton.

So, where do biosimilars fit in here? When I asked if biosimilars had been broached yet in the OCM, Patton acknowledged that OneOncology is one of the earlier movers. But, “There will be fast followers,” he added. “It just makes sense. If you’re in this program where you have the opportunity for shared savings, you want to work towards lowering the total cost of care and saving money. Biosimilars will be a critical driver for us to generate savings in Medicare, and once we hit a certain threshold, a portion of those savings will be shared with our clinics,” Patton said. Though this initiative isn’t currently available on the commercial market, the end-goal is to see payers establish similar models overtime that incentivize the same behavior.

As Patton elaborated upon the OCM’s efforts to incentivize more thoughtful and cost-effective care, I couldn’t help but think about the use of gainsharing in the U.K. Ensuring that physicians and their hospitals were able to obtain a portion of the savings encouraged greater cost-savings efforts overall, including increased biosimilar use. These savings were then used to improve hospital hiring and/or new technology capabilities. Of course, systemic differences between the U.S. and the EU countries make it impossible to copy-paste a similar model into the U.S. healthcare system. But OneOncology’s efforts to utilize biosimilars to achieve the OCM’s goals suggests programs such as CMS’ could serve as a model for establishing much-needed incentives in the U.S.