How Canada Built A Framework For Biosimilar Transitions In Its Provinces 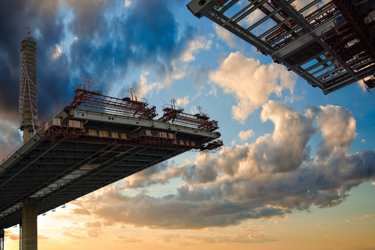 I’ve always enjoyed writing about the different healthcare systems around the world — in particular, how their reimbursement structures can encourage and/or challenge biosimilar uptake. Prior to the COVID-19 quarantine, I attended the Word Biosimilar Congress, at which I reconnected with Biosimilar Development editorial board member Ned Pojskic of private payer Green Shield Canada (GSC). Because there are a number of misconceptions about the make-up of the Canadian healthcare system, a portion of his presentation about how GSC introduced biosimilars also delved into the complex make-up of public and private healthcare coverage. In a previous article, Pojskic highlighted how pharmaceuticals, including a number of biosimilars, are typically reimbursed in Canada, along with the results of the payer’s groundbreaking pilot transition program with several large Canadian employers.

However, while GSC was one of the first and only movers toward biosimilars in the last few years, biosimilar awareness and trust has been steadily heightening in Canada. Over the past year, several of the country’s largest provinces have announced plans to implement large scale biosimilar transition programs. While the majority of the final transition waves have been rightfully delayed due to COVID-19, the provinces leading the charge on these changes (Alberta, British Columbia, and Ontario) account for upwards of 65 percent of Canada’s general population. As such, there’s no doubt that the results of these transition efforts will be of great interest to those trying to streamline the introduction of biosimilars into healthcare systems across the globe.

Two other presentations at the World Biosimilar Congress sought to fill in some of the blanks around the implementation of these transitions. Graham Statt, the assistant deputy minister of Alberta Health and vice chair of The pan-Canadian Pharmaceutical Alliance (pCPA), and Scott Gavura, director, provincial drug reimbursement programs for Cancer Care Ontario, discussed how these two organizations helped lay the groundwork for Canada’s large-scale biosimilar transitions.

Founded in 2010, the pCPA was the brain-child of Canada’s Premiers (representatives of each territory and province) to promote and improve cross-province and territory collaboration. Seeing as there are 13 provinces and territories in Canada, the Premiers wanted to ensure that there was wide-scale consistency in pharmaceutical negotiations and market access. The pCPA united the voices of federal, territorial, and provincial governments (as well as Correction Services Canada, Non-Insured Health Benefits, and Veterans Affairs Canada) to help all public drug plans jointly negotiate deals with brand and generic drug makers and improve access to lower cost care. As Statt explained, in doing so, the provinces were able to avoid “recreating the wheel” and wasting resources any time they needed to negotiate healthcare deals.

As such, the pCPA has been a critical player in introducing biosimilars at the provincial level in Canada. To help make the Canadian healthcare system more amenable to biosimilar competition and create unified biosimilar-friendly government policies, the pCPA developed several documents over the years, including “Subsequent Entry Biologics First Principles” (2016) to streamline negotiation for these agents and promote greater pricing transparency. In 2018, the alliance advanced its document “Biologics Policy Directions & pCPA Negotiations” laying out a clear pilot procedure for how the pCPA would negotiate with pharma manufacturers for biologics and biosimilars.

The efforts have not stopped at negotiation best practices. In late 2019, pCPA joined forces with the Canadian Agency for Drugs and Technologies in Health (CADTH). Together, these agencies conducted and published a “National Consultation of the Use and Implementation of Biosimilars” in February 2020.

“In order to establish recommendations for future biosimilar policies, we wanted to consolidate the perspectives of manufacturers, private payers, group purchasing organizations, and the clinicians and patient advocacy leaders that represented the key disease areas,” Statt explained. Should you peruse the summary of the results linked above, you’ll find that, naturally, there are a variety of opinions on how best to implement biosimilars.

For example, while some felt that establishing prescribing quotas might be a solid strategy to improve uptake, some clinicians were concerned this would create treatment inequality. Results also revealed great stakeholder interest in Canadian-specific real-world evidence (RWE) initiatives, as opposed to relying on RWE from Europe. Slow implementation periods for transitions, the creation of exemption criteria, as well as the need for a system to track biosimilar usage — preferably using a neutral party such as the Ontario Best Practices Research Initiative — were also discussed in the summary document.

“But one of the things we heard loud and clear is that most patients are now recognizing biosimilars as safe and effective treatment options,” Statt said. “This is an evolutionary improvement from where we were a few years ago.”

Despite the fact biosimilar safety and efficacy for new patients has been widely accepted, one of the biggest topics of debate remains around transitioning from the reference product to the biosimilar. Indeed, patient preferences voiced during the national consultation primarily called for biosimilars to be used only in naïve patients.

This isn’t to say some patient communities aren’t embracing the larger move toward transitioning. Following the BC decision, I touched base with one patient organization in the rheumatology sector that proclaimed the decision to transition on a wide-scale was an important, positive step toward greater access. But as other provinces announced their future transition policies, gastroenterology physicians and patients have spoken out widely against the decision. In addition to concerns about “non-medical switching,” certain provinces’ decisions to implement tiered or step-therapy have not been well-received by patients and providers across the board.

Part of patients’ hesitance with switching is likely due to the way that biologics are administered within the country, Statt explained. Biologic drugs are administered through private infusion centers, which are associated with and provided by the manufacturers on their own dime. “This means that, when you want to make a switch, the patient will need to change infusion clinics and switch their patient support programs,” he said. “This is a significant shift from a patient’s perspective.”

There was also a lot of focus from respondents, particularly physicians and patients, on the reinvestment of biosimilar savings back into the disease area — much like the U.K.’s gainsharing system. What this reinvestment should look like however, was one area where stakeholders’ opinions diverged. As Gavura of Cancer Care Ontario shared, “During our consultation, we found that some patients felt the funds should be reinvested within the cancer system. Some felt the savings should be used by the health system at large or to improve healthcare infrastructure, like hiring additional nurses. Ultimately it’s been left to the provinces to decide how to allocate the savings.”

In British Columbia, the province announced that the reinvestment of savings would be used to cover several long-requested drugs, diagnostic tests, and additional nursing support for patients with rheumatoid arthritis and IBD. Alberta, which announced its transition a little later than that of British Columbia, has yet to make a final decision as to how it will reallocate the savings. According to Statt, the province is striving to avoid any “erosion of services” across the healthcare system. This may translate into using savings to reduce surgical wait times, which is important to patients with both arthritis and IBD that may need hip/knee replacements or other surgeries.

As Gavura admitted, negotiations with biosimilar manufacturers were still underway for Ontario during the time of the CADTH consultation. (Ontario made its big transition program announcement in February 2020.) Therefore, it was difficult to know the total savings that would be available following a wide-scale transition in the province. However, Gavura emphasized that any discussion of savings was a particularly welcome discussion in the oncology space, given the high cost of new therapies.

“Clinicians in oncology particularly recognize that there has to be significant action taken to support sustainability because these high-cost new agents just are not affordable,” he added.

Biosimilar Use In The Complex Oncology Treatment Paradigm

A lesson we’ve learned time and time again is that there is no one size fits all for any element of the biosimilar industry — especially when we’re talking about the patient and physician population. Each therapeutic area has its own financial and strategic concerns, and the patient communities have very different needs depending on the severity of the disease states, treatment histories, and past access to biologics.

Biosimilar transitions in oncology have ultimately depended on the individual patient and physician’s comfort with transitioning, especially when a cure is on the line. In Canada in particular, though biosimilars for autoimmune treatments have been around for a few years, the curative oncology biosimilars just started to enter the limelight in the last year or so. As such, Gavura pointed out that stakeholder knowledge about oncology biosimilars was much more limited, suggesting the need for a large-scale, oncology-specific effort to introduce biosimilars consistently across the nation.

These products also pose several unique implementation challenges compared to the other biosimilars introduced on the market. In Canada, the high-cost oncology biologics now facing biosimilar competition are all fully reimbursed at the public level. “Because these products are administered in publicly funded hospitals and cancer centers, the provinces are the primary payer,” Gavura explained.

Because of these differences, the pCPA and Cancer Care Ontario created the pan-Canadian Oncology Biosimilars Initiative (pCOBI) in 2019. This initiative has developed and is working on implementing a multi-pronged action plan to seamlessly introduce biosimilars into all of Canada’s public healthcare systems. Starting in 2018, the alliance held a summit bringing together patient advocates and clinicians to lay the groundwork for the (now published) action plan. Several of the core tenets of this action plan include engaging and educating stakeholders, promoting standardized hospital operations, and coming up with the appropriate transition, monitoring/reporting, and savings reinvestment guidelines.

“We established two pan-Canadian working groups, the first focusing on patient and physician education,” Gavura described. “This education working group, with the help of key opinion leaders and patient advocacy groups, is developing print, online, and in-person educational documents. The second working group is focused on clinical operations to recognize all the barriers that might exist at the hospital level when trying to implement biosimilars.”

The list of factors to consider within the healthcare settings is long, including the procurement process, order entries, product prescribing, storing, labelling, and adverse event monitoring, among other aspects. “We wanted to ensure that every jurisdiction had some guidance about how to introduce biosimilars so they didn’t feel they were on their own,” Gavura added. Ultimately, pCOBI will provide a wide array of materials spelling out the basic considerations that can then be adapted by each province as it sees fit.

Though the name of the game has been consistency in terms of negotiation for and implementation of biosimilars, Gavura did point out that there is still a lot to learn from each province’s approach. “Ultimately, the specific funding policies and timelines were left to the individual provinces and territories,” he concluded. “It’s been really interesting. We can look at what other provinces have done, which gives us the opportunity to continue to learn. Our Canadian strategy will continue to change overtime as we get a chance to learn from each other.”