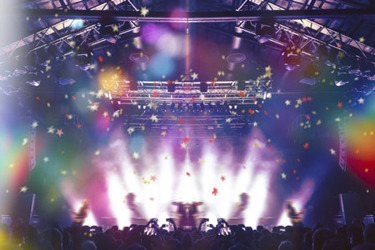 The diversification of the biosimilar business model is an industry shift I have been watching with keen interest for the past year. Small and/or virtual companies around the world are emerging with second and third-wave pipeline biosimilar and/or biobetter candidates. Though several Big Pharma and Big Generics companies have been highly successful in getting this market off the ground, the entrance of small and start-up companies is particularly important in the biosimilar world. In many cases, these smaller companies have set their sights on products or markets that are off the beaten track, which could translate to increased access and affordability on a wider scale for certain, typically overlooked, populations.

But to realize success in a market where lower-cost (still pricy to make) biologic products are the end goal, small companies also need to bring their A-game to control overall cost of goods. In addition to exploring continuous or micro-scale manufacturing or biobetter development to stand out from the crowd, there have also been companies built around alternative, non-CHO-based expression systems. One of these potential alternatives to CHO-based cell lines has been plant-based drug development.

I recently had the opportunity to sit down with Mauritz Venter, CEO of AzarGen Biotechnologies, a biotech venture based in South Africa. The company, along with its CDMO partner, U.S.-based iBio, Inc., has been gearing up for preclinical development of a plant-based rituximab biosimilar for the African continent. As Venter explained in an interview with Biosimilar Development, small biotechs have the opportunity to enter the biosimilar market and “shake things up,” taking risks that larger companies may not currently be capable of doing.

However, as you can imagine, getting established as a biotech boasting a unique expression system comes with its own set of challenges — especially when trying to enter a nascent biotech space in an emerging market. Here, he discusses the strategies the company is exploring to gain buy-in on the company’s long-term goals in South Africa, along with one critical best practice that all companies pursuing biosimilar development in an emerging market should keep in mind.

Biotechnology In South Africa At A Glance

Launched in 2003, AzarGen was founded by Venter and current COO, Cobus Zwiegelaar with the goal of developing the first plant-made recombinant human surfactant protein B for the treatment of neonatal respiratory distress syndrome. However, following unsuccessful scale-up of this molecule, the company made the decision to pivot its focus to biosimilar development following Venter’s creation of a modified agrobacterium vector. Inserting this vector into iBio’s platform of Nicotiana benthamiana tobacco plant relatives led to the expression of rituximab — and the company’s new direction was born.

“This served as a proof of concept for our investors, which ultimately led us to pivot our corporate focus to biosimilars,” he added. “Now, moving forward the real challenge for us will be to continue advancing such a platform and showcasing the data that prove it works at a larger scale. We’ve found it’s not enough to just talk about the potential benefits of such a platform from an efficiency, operations, and cost-of-goods standpoint; we now need to show them what we can do in the preclinical stage.” Over the next two years with its current funding, the company plans to carry out analytical and toxicology studies — comparative to the reference drug — as well as mouse xenograft studies to demonstrate the rituximab biosimilars’ efficacy in treating non-Hogkin’s lymphoma.

Like many other biotech start-ups I have spoken to, garnering funding for biosimilar development has been particularly challenging. Given the high-risk of biotech development with legacy manufacturing platforms, it has been difficult for AzarGen to find private investors willing to sign on for the long-game of biologics development — especially when it involves a unique expression system, Venter said. Generally speaking, government funding has been one of the more tried-and-true methods for small companies striving to work in biosimilars — and AzarGen is no exception. AzarGen’s long-term funding for both the former surfactant development project and now the rituximab biosimilar has come from South Africa’s Industrial Development Corporation (IDC).

The IDC is a national development finance institution focused on growing local capabilities in the mining, agriculture, manufacturing, tourism, and telecommunications industries in the broader African market. Though biotech is an industry of interest to the South African government, there is more work to be done to encourage private venture capital firms within the country to embrace the long-term, high-risk investment strategy necessary for pharmaceutical investment. To this day, there have been no locally developed drugs to progress from discovery all the way through Phase 3 development in South Africa.

This is not to say, however, that there is not a market for biologics in the country. As Venter shared, there have been several biosimilars already launched in the country. Amgen launched its Amgevita (Humira) biosimilar in April 2020, following Biocon and Mylan’s launch of Ogivri in May 2019 and Teva’s filgrastim (tbo-filgrastim) in 2018. As of 2019, the South African Health Products Regulatory Authority (SAHPRA), is evaluating four more trastuzumab biosimilars using its current guidelines that are modeled after the WHO and EMA biosimilar guidelines. “The approval of these additional biosimilars will only add to the market possibility and improve education and experience in South Africa,” Venter added. (It’s perhaps important to note that, though there is a well-established clinical trial network in the country and an active academic landscape for discovery, the country’s cGxPs for commercial products are currently not on par with regulated countries. AzarGen’s partners — both consulting and manufacturing — are currently based in the highly regulated U.S. market for this reason.)

Though there is much work ahead, Venter and COO Zwiegelaar have dreams of becoming the “rock stars” of biotech in South Africa. So far, they’ve taken a number of steps to help drive engagement and buy-in for the concept of local biosimilar development in the future. One of these steps was to hold a conference with the South African government (funded by US collaborators) to discuss the potential benefits of introducing a plant-based manufacturing facility in the country.

There have been any number of publications proclaiming the time, cost, and infrastructure benefits of plant-based manufacturing should this method be proven commercially viable. Despite the fact plant-based manufacturing has been deemed particularly beneficial for emerging markets (for example, in Brazil), Venter has found that there are currently several misaligned expectations around building a South African facility.

“Obviously, the government wants to know how many jobs a manufacturing facility will bring to the economy,” Venter shared. “However, to attain the necessary quality for biotech products, there is also an element of automation that is necessary — especially in plant-based manufacturing. This doesn’t always align with the country’s interests in creating a larger workforce as opposed to a smaller, higher paid and highly skilled workforce.”

Moving forward, AzarGen has goals to continue educating and engaging local officials on the benefits of bringing such development into the country, with the hope that, in the next two years, they’ll be supported by preclinical evidence of the feasibility of their biosimilar rituximab program. But Venter also emphasized how important it is to step back from the business model specifics to make sure that there is local buy-in to the products in the pipeline — especially when that product is a biosimilar.

For many small companies with limited resources and personnel, it can be a challenge going beyond the scientific and manufacturing expertise to prepare on the commercial side of things. However, for the companies aiming to gain ground in an emerging market, Venter argued it’s best to have a holistic approach and think first about what you ultimately want to achieve in the long-term and consider what that will look like from the local context.

“What does the country you’re developing a product for want?” he offered. “Even though you may have a new and innovative type of technology or platform to offer, as we did, that may not be the best way to gain traction in that country. This was a fundamental realization for us.” It’s also no secret that, if the stakeholders lack scientifically accurate knowledge or have any discomfort over the concept of biosimilars, they will not be used. “If the doctors and their patients don’t accept the product, it won’t matter how we make it or what benefits its development will bring to the country,” Venter added.

This line of thinking resulted in a new business plan for the company, along with an expansion of the company’s board. In addition to being supported by U.S. and South African scientific experts, AzarGen’s board now includes oncologists and members of the South African payer community.

“If you want to establish yourself in a smaller region you have to know that this is a worthwhile endeavor from a wide array of perspectives,” he concluded. “It cannot be one-dimensional. You have to be able to accommodate a variety of perspectives and ask, ‘Who else thinks this effort is worth the time, expense, energy, and risk?’”