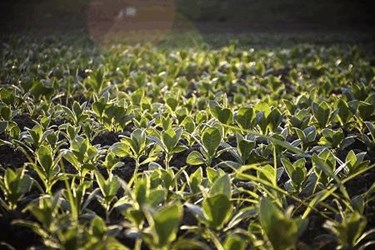 A couple of years ago, I stumbled upon news of the Canadian company PlantForm, which is making a name for itself in plant-based biologics and biosimilar development. In particular, the company is using tobacco plant cells to create monoclonal antibody (mAb) biosimilars and novel drugs. Seeing as this isn’t a typical development or commercial model in the biosimilar space, I followed up with PlantForm’s CEO, Don Stewart, last year to get a sense of how the company hoped to accomplish its goals. During our first discussion, I not only became privy to the ins-and-outs of plant-based biosimilar development but also was introduced to the company’s ongoing work in Brazil.

Over the past few years, the company has been working to establish a joint venture (JV) with Axis Biotec/PharmaPraxis, known as PlantPraxis in Rio de Janeiro. In June 2017, the company announced it was beginning construction for a pilot manufacturing facility, right around the same time I was working on an article unpacking Brazil’s productive development partnerships (PDPs). As such, it seemed like the perfect opportunity to follow up with Stewart to discuss the company’s ongoing progress in Brazil. 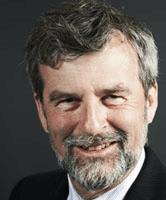 PDPs have become a trademark of the biosimilar space in Brazil. In an effort to limit expensive importation and drug shortages, the government established a business structure that would bolster local biologics production. In these PDPs, international pharma companies and Brazilian public companies (already in an alliance with a Brazilian public laboratory) form partnerships, in turn receiving government contracts to produce specific in-demand drugs. Given the lack of a developed biotech industry in Brazil and the rising costs of biologics, these partnerships provide local private companies with the biotech know-how and technology from experienced overseas partners. These partnerships eventually result in a technology transfer and local production of biosimilars for the pricy blockbuster anti-TNF and oncology treatments.

Though the PlantPraxis JV is technically similar in structure to a PDP, Stewart says it isn’t formally considered one of these programs. “We’re technically under a PDP-like program model, as we’re seeking a portion of the government tender market,” Stewart explained. “Normally under the PDP program, you would use government commitment for future sales to guarantee loans from non-government sources to advance the project. But I think that’s where our arrangement diverges a little bit; we not only have that possibility, but we could also receive more direct funding from the Brazilian government.”

Before establishing PlantPraxis, PlantForm created a Brazilian subsidiary called PlantForm do Brazil in Rio de Janeiro. Its partner, Axis Biotec, is responsible for managing several different subsidiary companies in Brazil, including a biotechnology arm called PharmaPraxis. These two subsidiaries — PlantForm do Brazil and PharmaPraxis — joined forces, established the PlantPraxis JV, and earned a government contract to create a Humira biosimilar. It took roughly two years (and a four-month waiting period during a strike in the Rio Chamber of Commerce) to formally establish the JV.

The JV originally secured 3.6 million reais (roughly $1.5 million) in funding from Financiadora de Estudos e Projetos (FINEP) to establish the manufacturing process for the Humira biosimilar in Canada. (In the PDP arrangement, the company with the technology is responsible for establishing the development process prior to transferring it to Brazil).

Following the construction of the new PlantPraxis pilot facility in Rio de Janeiro, this process will be tech-transferred to Brazil. Then all development and preclinical work moving forward will be carried out in the country. The partners are also in discussions with the Ministry of Health to receive funding to carry out the clinical phases of the program in Brazil.

Why Brazil Was The Best Fit For Plant-Based Biosimilars

In the years prior to establishing PlantPraxis, PlantForm had the technology and drug development expertise in place. But the company knew it would need help bringing products to the market efficiently. The partnership with Axis came together by chance at the conference BIO several years ago, when a recommendation that Stewart look into partnering with Axis Biotec was immediately followed, quite fortuitously, by the appearance of Axis’ CEO in the hallway.

“We were originally seeking financing in the Middle East because of our familiarity with several companies located there, as well as the overall market potential,” Stewart recalled. “But one of our contacts in these financing negotiations actually redirected us to Brazil because of the market opportunity and the country’s understanding of our technology,” Stewart said.

The Brazilian government aims to reduce drug costs by integrating manufacturing and introducing alternative technologies into the country, hence the PDP arrangements. But it also turns out that, in addition to the work PlantPraxis will be doing in the country, the government is trying to establish a facility for plant-based drug development. The government hopes to establish a facility with two upstream manufacturing arms: one using technology optimized for plants cells grown in a culture, the other dedicated to growing plants in a vertical farming system, similar to PlantForm.

The PlantPraxis pilot facility will be equipped with PlantForm’s technology, which originated at and was licensed from the University of Guelph in Canada. To fulfill its role in this Brazilian JV, PlantForm is responsible for equipment specification — for instance, LED lighting capabilities — as well as the overall design and layout of the facility. The market, regulatory, and funding know-how will come from Axis Biotec.

One of the particular challenges entering this market was getting a handle on government and private funding options. When you’re a small company partnering with another small/midsize company, it can be difficult to secure large amounts of capital as opposed to limited project capital. Stewart acknowledged that partnering with a large, multinational company was certainly an option which could’ve opened doors to more funding. But the Brazilian government’s commitment to establishing a local, sustainable, and more cost-effective biotechnology industry/market is a great advantage for smaller companies like PlantForm, because the success of this program relies on the government’s financial assistance. (In fact, despite a recent transition from a paternalistic to a market forces government, PDPs — though most are still in the very early stages of formation — have remained a priority in the country.) “It could also provide more confidence to investors that there is government support in addition to their own,” Stewart added.

Future Goals For PlantPraxis In Brazil

“We obviously weren’t hoping to change the Brazilian system or to work around it,” Stewart said. “We wanted a partner that knew the country, could help us advance within the currently established system, and wouldn’t be driven by an offshore organization that might have a different view of how Brazil should work.”

Over the next 10 to 15 years, Stewart says the JV hopes to expand its biosimilar/biobetter product pipeline beyond the currently contracted Humira biosimilar. The five to seven candidates in the JV’s line of sight, initially, would target the Brazilian and Latin American markets. There could also be the possibility of getting involved in novel drug development, given the growing worldwide interest in developing an antidote to killer-bee stings.

Though the JV will be responsible for carrying out development in Brazil following the tech transfer, PlantForm will still remain quite involved, carrying out in Canada the technical development, molecular biology, cloning, and process development for future candidates. Stewart expects most of the preclinical work and clinical trial design will take place in Canada, because the nation has several well-established preclinical study sites. But Axis has a sister company that manages four hospitals in Rio de Janeiro and about 180 physician clinics in Brazil. As such, the JV is connected to several clinical sites in Brazil where clinical trials could be held.

Ultimately, a number of factors can influence a company’s development and commercial success. When it comes to PDPs or launching products internationally, Stewart argues those that succeed will be the ones with a partner who knows the target market.

“To be a successful program, you need to not only develop the drug, but you also need to be able to manufacture it on the ground and engage with the people who are going to purchase the drug,” he offered. “I think it’s just as important that those three elements be in place as it is to receive the necessary funding.”