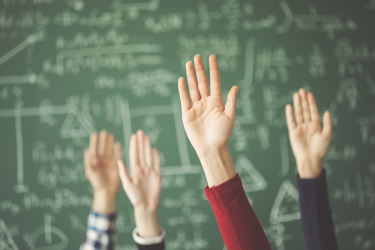 It certainly feels as though everything is coming up roses in the biosimilar industry these days. In addition to celebratory headlines, there have been a few reports released on the current state of the market that have been met with great aplomb. I’m referring, in particular, to IQVIA’s “Biosimilars in the United States 2020-2024.” Though it was, all things considered, a quieter year for overall biosimilar development given the ongoing pandemic, my recent article about the DIA conference showcases just how much movement is happening behind the scenes. There is a flurry of activity happening and starting to happen at the payer and site-of-care level making this market uptake possible.

Overall, there were a few data points from the IQVIA report I thought were worth calling out and discussing (in this very fun-to-write Q&A style). Enjoy, and, as always, I’m happy to hear your own impressions, analyses, and predictions.

Alright, so why is everyone buzzing about this IQVIA report?

This report has something for everyone: Current and future projections of biosimilar competition; current market performance stats; the breakdown of the molecules that may have future biosimilar competitors (and those that still don’t have any biosimilar takers).

But the headline you’ve probably heard already is that biosimilars are on pace to save upwards of $100 billion in the U.S. in the next five years. So, the baseline takeaway is: They’re starting to do what they need to do.

What happened to “Throwing in the towel?”

In all seriousness, it has become exceptionally clear that argument was made before we truly had the whole picture. Though we had some of the supportive care oncology biosimilars on the market, we weren’t yet seeing what would happen when the oncology bisoimilar mAbs launched — the originators of which command a pretty penny. (I’ll get to the misbehaving infliximab later.)

In fact, because the pharmacy benefit Humira and Enbrel biosimilars remain in the wings, you can argue — even today — we still don’t have the full picture of what U.S. biosimilar competition can do. (Cue the doleful tune of “Somewhere Over The Rainbow.”)

What should we know about where we are today?

The therapeutic oncology mAbs are currently celebrating a European-ish like success rate and that’s put a lovely glow on the entire U.S. biosimilar market. As IQVIA highlighted, in the first year, the two marketed bevacizumab biosimilars have secured 42 percent of the market. Trastuzumab is in second place with 38 percent of the market, and rituximab is at 20 percent.

IQVIA anticipates this trio is well on its way to conquering 50 to 60 percent of the market two years post-launch.

That can’t be the whole story, though.

You’re right about that. These percentages are certainly worth celebrating, but there is another layer to consider.

In looking at the data for bevacizumab specifically, IQVIA found that there is wide variation in use of the biosimilar across the different provider groups. Of the top 100 provider groups which are responsible for using roughly a quarter of bevacizumab volume nationally, biosimilar usage rates per group were anywhere between 0 and 100 percent of their total Avastin use.

Essentially, this testifies to the many differences in each healthcare center’s logistical and financial priorities and considerations. This also means there is more work to be done on the broader health system/site of care level to see more consistent biosimilar usage from site to site. As my recent DIA article discussed, the systems integrating biosimilars into their workflows are working really hard to do it; building biosimilars into a daily workflow is not an easy task.

That said, however, as Sanford Bernstein analyst Ronny Gal shared in his recent DIA Biosimilar Conference presentation, we did see much quicker uptake of the oncology biosimilars. This means that once an oncology group feels confidence in a biosimilar clinically, it is much more willing and likely to quickly adopt subsequently launched biosimilars.

How is all that multi-product competition faring today?

We’ve always wondered how many competitors would be feasible. We are starting to get some (very preliminary) ideas, especially in the more crowded markets. According to IQVIA data, there (so far) tends to be little market uptake for third-or later-launched products. For example, looking at IQVIA’s chart on page 8 shows that, in the case of a biosimilar like trastuzumab with five competitors launched, the first to launch has the majority market share. The other four are currently lagging quite far behind. The only exception is filgrastim which IQVIA has deemed the most sustainable multi-competitor biosimilar market thus far.

We worried that the first-to-the-market might get all the cake.

It’s perhaps worth mentioning that the launch order and launch timing of a biosimilar after the first-to-market launch seems to be an important factor in determining a biosimilar’s market share. According to Gal, biosimilars that have launched five months or later after the first-to-market biosimilar have typically not earned much market share at all. The exception here was Coherus’ Udenyca, though this was partially due to supply issues Mylan encountered early on which helped open the door. (But Coherus was also very well prepared to go through that door.)

That data seems a bit bleak for crowded markets, don’t you think?

I’d point out that payer dynamics are getting increasingly more complicated. For example, Coherus’ Udenyca was just axed from Express Scripts formulary in exchange for Pfizer and Mylan’s respective pegfilgrastim biosimilars. So as payers get more involved and prefer specific products, and manufacturers work out multi-product contracting deals, some of the later-to-market underdogs could see increased share.

You said you’d talk about infliximab — the biosimilar depressing the industry since 2016.

How could I forget! Interestingly, though we talk so often about it being a failure, there’s perhaps a positive way of looking at it. As Gal acknowledged at the DIA conference, the market share for infliximab biosimilars is certainly discouraging from a biosimilar manufacturer standpoint (roughly 10 percent). However, on the bright side, it did lead to some impressive reductions of Remicade’s WAC. This isn’t necessarily the outcome we were hoping for, but the presence of biosimilars did provide greater cost savings to the system and patients.

What else should we know about the infliximab market in particular?

Even though the market share leaves quite a bit to be desired, some of the rheumatology and gastroenterology sites of care — much like the oncology clinics — are starting to take notice and action. The VA’s implementation of Renflexis has gone well, according to Samsung Biopeis’ recent announcement. In fact, Renflexis (and particularly its benefits verification program) got some props earlier this year from the biggest rheumatology practice in the country. Finally, there was this interesting bit of news from the AMCP Foundation. The Foundation recently awarded its Best Poster by a resident or fellow to a post-doctoral fellow at the University of Utah for his retrospective analysis of clinical and financial outcomes of transitioning patients to an infliximab biosimilar. So, market uptake may not be breaking the data charts, but there are certainly sites of care and patients benefitting from the integration of biosimilar infliximab.

So… should we be filling the bathtub with champagne, or…?

Well, you do you. I’m a big advocate of celebrating just how far we’ve come and all of the good being done today from an implementation and market performance standpoint. It’s clear that the market is healthy and growing. But cautious optimism is also important seeing as we can’t overlook the fact that this success is not one-size-fits-all across all molecules. In fact, we can’t even say that the most successful biosimilars are being used consistently yet — hence some of the ongoing policy discussions (e.g., shared savings).

I see the next few years prior to Humira biosimilars as a critical inflection point for the industry. We may not see a huge number of launches between now and 2023, but it will be a time of increasing utilization and sophistication of healthcare implementation models. Future investment from biosimilar companies will also be critical — and not just for the big molecules coming off-patent in the next five to 10 years.

But I’m getting ahead of myself; for more on product and company strategy, stay tuned for my forthcoming article entitled “From ‘Musty Towel’ to ‘Golden Age:’ Biosimilars In 2021 — And Beyond” which will appear on Biosimilar Development and in Life Science Leader magazine in early December.