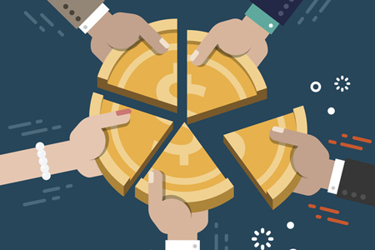 In recent weeks, there has been increasingly more buzz around establishing a biosimilars shared savings model for Medicare Part B drugs in the U.S. This concept has arguably been in the works — or at least on many minds — since I began writing about biosimilars in 2015. At the start of the U.S. industry, we often looked at the strategies nations in Europe implemented to improve access and biosimilar uptake. While we couldn’t lift these practices straight out of the (typically) single-payer systems and put them into the U.S.’ eclectic payer mix, the power of incentives in driving change was clear. In fact, the recent IQVIA Biosimilars 2020 scorecard analyzed the most important and sustainable policies that countries in Europe have (and should) implement to drive greater access to lower cost products. Incentivizing patients and providers (without limiting physician choice to a specific product) made the score card.

After years of thinking about how we could integrate some form of “gainsharing” into the U.S., Matrix Global Advisor’s Alex Brill took the first steps by penning a whitepaper outlining why it is time to implement a shared savings model in CMS Part B. As of right now, it is unclear whether such a program will be implemented nor do we know the parameters the Center for Medicare and Medicaid Innovation Center might put in place for participants. But as payers, patients, and taxpayers push for greater cost savings and biosimilar uptake remains sluggish in certain disease states, the pressure is on to create government systems to incentivize lower cost biosimilar use.

In fact, over the past year, there have been several congressional efforts to introduce shared savings legislation. In March 2020, Congressmen Cardenas, Hudson, Fitzpatrick, and Craig introduced a bipartisan companion bill in the house. Separately, Senators Cornyn and Bennet just released legislation in the Senate proposing a shared savings program. It is important to note that CMS does not require congressional approval to implement such a program on its own. However, House appropriators recently included language in the Labor-H legislation recognizing the need for CMS to take action.

In a previous article, I talked with Juliana Reed of Pfizer about the Biosimilars Forum’s thought process behind proposing such a model and sponsoring the white paper. I also touched base with Brill to better visualize what a shared savings program might look like for biosimilars and to unpack the questions and challenges facing CMMI in establishing such a program.

Improving patient health outcomes and site-of-care performance is an evergreen goal in the healthcare space. Following the entrance of the Affordable Care Act (ACA), CMMI has been seeking proposals and launching experimental programs to improve a variety of areas in healthcare. As Brill outlined in the whitepaper, there are seven “innovation models” CMMI has explored in the past few years, including accountable care, new payment and delivery systems, and episode-based payment, to name a few. Perhaps the most notable we’ve heard about on the biosimilar front has been the Oncology Care Model (OCM). This program has encouraged a number of small oncology centers to embrace biosimilars to bring down their overall cost of care. Similarly, as one expert shared in a previous Biosimilar Development article, outcomes-based contracts and value-based pathways are on the rise, and CMS did launch a Medicare Shared Savings Program to encourage healthcare stakeholders to create accountable care organizations.

Typically, CMMI models operate on a small, regional scale over a limited period of time —anywhere from two to five years. Should the overall goals of the model experiment be met, CMMI or Congress can consider adopting the model for all providers as a matter of standard policy. However, measuring success can be a challenge.

“The government must estimate what healthcare costs would have been had a demonstration program not been launched,” Brill explained. “Because there are so many factors that lead to changes in care outcomes and habits, it can be very tricky to isolate the effects of one policy change.” In some situations, calculations to determine CMMI’s baseline – the spending that would have occurred if not for the demonstration – can be so complex as to leave participating physicians unclear about whether they have successfully met the demonstration's goals.

In the case of a biosimilars shared savings model, CMMI would be determining to what extent increases in biosimilar usage were due to enrollments in the shared savings demonstration or, in part, because the market has matured. But despite this complexity, Brill and many in the industry remain optimistic that this is a step in the right direction — especially in therapeutic areas where we have seen the slowest uptake, like in rheumatology and gastroenterology. Not only would this opportunity create greater incentives for physicians to choose the lower cost product (which is not the case today in Medicare Part B), but it could also help accelerate the use of and experience with biosimilars across the U.S.

We cannot say definitively what such a program may look like or how it may be structured. However, this did not stop me from picking Brill’s brain about some of the considerations CMMI would have to weigh to implement this demonstration. Especially given some of the aforementioned challenges CMMI faces in organizing and evaluating such programs, I wanted to understand which factors will be the most important to put in place to ensure a successful biosimilar shared savings rollout.

As is often the case for many of the CMMI demonstrations, Brill emphasized the need for voluntary participation — with the caveat being, however, that CMMI may still seek to establish a control group. As Brill explained in the white paper, CMS could, for example, permit participants from 11 of the 12 U.S. A/B Medicare Administrative Contractor (MAC) regions. (MACs are essentially the liaisons between the Medicare program and participating providers across the country. They process claims for nearly 70 percent of Medicare recipients.) Following a comparison between the regions with participating physicians and physicians in the excluded region, it would be clear to what extent a shared savings program was successful.

Brill hypothesized that at least a two-year time frame would be necessary for a biosimilars shared savings program. This model will offer physicians a proportion of the savings achieved by utilizing more affordable biosimilars, and, as he pointed out, it ultimately would not take long to see whether that incentive is enough to drive action.

Current reimbursement for both the originator biologic and the biosimilar under Part B is ASP+ 6 percent of the originator’s ASP. Outside of establishing an even playing field between brands and biosimilars, this has not necessarily inspired physicians to move away from well-established brands. Hence why, for the past few months, the industry has been promoting the Prescription Drug Pricing Reduction Act of 2019 that proposes boosting the Medicare biosimilar reimbursement rate to ASP + 8 percent.

The intent of a shared savings demonstration is similar: Reward physicians who drive cost savings but exact parameters — in other words the share in “shared savings”— would need to be determined. Brill’s paper offers an illustrative example where a physician’s reward is 10 percent of the total savings amount.

As Brill pointed out, there are also some other (potentially more complicated) ways CMMI could choose to structure such a reimbursement incentive. For example, the reimbursement rate could be based around the provider’s biosimilar utilization (greater usage = higher reimbursement percentage). Shared savings rules could even vary based on the region. It is also unclear whether CMS would require participants to meet certain utilization parameters before they qualify for shared savings. However, Brill emphasized that these more complicated strategies would likely not be popular and could add unnecessary complexity to the program.

“At the end of the day, you want to offer a reimbursement percentage that will make physicians sit up and say, this is worth the effort to study the evidence, educate patients, discuss a new start or a transition, and do the necessary follow-up monitoring,” Brill explained.

On the other hand, CMMI will also be challenged to make sure that the incentive is not so much that a physician is capable of substantially raising income by enrolling in what is meant to be a cost-savings program. As he went on to explain, some may argue that implementing a cap on the earnings potential a physician can garner from biosimilar utilization is the way to go. The danger here, however, is that a cap could disincentivize use once a physician has reached that threshold.

Why A Shared Savings Model Is Promising (Despite The Challenges)

Theodore Roosevelt once said, “Nothing in the world is worth having or worth doing unless it means effort, pain, difficulty.” It is a bit dramatic, I know, to say that establishing a biosimilar shared savings model is hardly an exception to this rule (though hopefully pain will not be involved). As many of the considerations demonstrate here, there are several ways we could see a shared savings model take shape in the U.S., and, if formed, it would no doubt face challenges. That said, as Brill outlined, a biosimilar shared savings model does not necessarily have to be nor will it be as complex as some of the other CMMI initiatives.

For example, many of CMMI’s programs aim to lower cost of care and improve patients’ overall health. However, as Brill acknowledged, there are any number of factors outside of treatment choice that can influence a patient's clinical outcome. This is why he’s optimistic that a biosimilars shared savings model makes sense. Rather than attempting to change health outcomes, this program is simply encouraging physicians to transition between two products that are the same.

Any one of us could recite the reasons why biosimilar uptake has experienced a slow start in the U.S. “The question we want to answer with this pilot is whether payment reform can help overcome those barriers and help physicians become more comfortable with these products to begin using them more frequently over time,” Brill concluded.