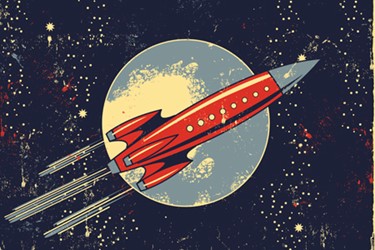 On March 23, 2020, the U.S. biosimilar industry will be celebrating it’s 10th anniversary. Though the market has been a bit slower to evolve, the last few months have given us quite a few things to be excited about, including potential new biosimilar-friendly policies, increasing numbers of market launches, and, in turn, greater competition to observe, particularly in the oncology space.

In the first of this two-part article series, two Sandoz U.S. execs explored the barriers we’ve had to overcome or that we continue to face today. But I also wanted to know what kind of future they envision for the biosimilar industry as we break through the existing barriers. Of course, both Sheila Frame, VP, marketing, market access, and patient services, and William Yoon, head, external engagement and medical advocacy, envision greater cost savings and access globally. But there were also a few efforts they felt would take their place as top priorities as we set out into the U.S.’ second decade with biosimilars.

Here, Yoon and Frame reveal their expectations for the biosimilar industry, touching upon which education efforts are still needed and which trends in the broader pharmaceutical and healthcare market will be influential for future waves of biosimilar development and access.

When I asked Yoon specifically which stakeholders he hoped to engage more frequently in the upcoming years, it was no surprise that patient advocacy groups remain at the top of that list. “Patient advocates have a tremendous voice,” Yoon said. “Patients trust advocacy groups, and that’s a space that we have been working in for years in which we hope to keep growing.” He also emphasized the importance of connecting closely with the professional societies because they are well-respected by healthcare professionals and managed care organizations. In addition, many professional societies establish recommendations, white papers, and treatment guidelines physicians and other healthcare professionals trust. As I’ve relayed in past articles, it’s important for biosimilars to be included in the professional society guidelines and discussed at each society’s annual conference to ensure each biosimilar is seen as a standard of care biologic.

“We really want to work with pharmacy, medical, and nursing schools to make sure they know what biosimilars are, first and foremost,” he explained. “Ultimately, we’d like to see knowledge about biosimilars incorporated into the curriculum.” In particular, one area from which students could benefit learning about is the biosimilar development process. Though the regulatory pathway is well understood by many of us in this industry, the sheer wealth and robustness of tests and clinical work that these products have undergone remains unclear to many healthcare professionals. There also remains room to emphasize the social benefit these products will provide in the long run.

“It’s important to make sure we’re not only providing accurate information about the development and clinical profile of these products, but also the value that biosimilars bring to the market,” he added.

This is an area that Yoon has already begun to explore. As he shared, he was recently invited back to his alma mater, Purdue University, to present about career development, as well as biosimilars. During conversations with administrators at the university, it became clear that, though the interest in biosimilars is present, they have not yet been integrated into the curriculum. However, this remains an area that the administrators believe is important to consider in curriculum development moving forward.

From a company level, Novartis, Sandoz’s parent company, also offers a pharmacy fellowship program (including education on biosimilars), which Yoon currently leads at Sandoz. Efforts such as these remain outlets through which the industry can continue to educate new generations of healthcare providers.

Throughout our conversation, Yoon and Frame reiterated Sandoz’s commitment to the biosimilar arena. As we’ve heard over the past year, the company is already investing in a portfolio of insulin biosimilars and has begun Phase 3 trials for its osteoporosis treatment denosumab. Of course, all companies in this space will be watching how the next few years play out in the U.S. biosimilar market. As Frame acknowledged, it’s unfortunate that we’ve already seen some companies make the choice to exit or scale back their participation in the biosimilar space. But given upcoming competition and recent news of both large and small companies’ pipeline advances, it seems we’re approaching a brighter time in the industry.

In fact, from a patient value standpoint, Frame remains optimistic that biosimilar companies will continue to push the envelope in terms of meeting patients’ needs. “I think we’re going to see lots of different innovations, whether it’s in the device space or through digital support applications we’ve been seeing on the market for some time now,” she ventured. In fact, Sandoz is always looking to develop improved formulations to better meet patient needs and create additional value in the market place.

She also anticipates that, within the next two years, biosimilars will be considered a natural part of the medical benefit. In fact, Yoon pointed to the rise of the value-based care models and how biosimilars can be a boon for hospitals and clinics as they strive to lower their overall cost of care. For instance, Yoon commented on the Oncology Care Model (OCM). “We’ve seen savings from hospitals and organizations that participate in the OCM that have converted to biosimilars, and we have seen that it’s brought success by providing additional patient care services that provide quality,” he explained.

In this industry, we’ve heard much about the success of the U.K.’s gainsharing efforts, through which savings incurred by biosimilars help improve the overall care experience — whether that be by hiring additional nurses and physicians, purchasing new equipment, or making facility infrastructure improvements. In a similar way, OCM-participating clinics that operated within a certain threshold were financially incentivized, the rewards of which were used to provide additional urgent care appointments. Adding the additional capacity for these appointments helps the facility accomplish a core goal of the OCM: to reduce hospitalization and ER visits.

“Even a few years ago, there were not many treatment options for multiple myeloma, for instance,” Yoon said. “However, today there is a whole host of new agents and therapy combinations. Though they’re immensely beneficial, these come at high costs, and practices are having a difficult time meeting the OCM metrics. So, what I see in the future is that more of these models will come to fruition where biosimilars will play a much more critical role.”

Frame agreed that, within the next five to 10 years, biosimilars will be as natural a part of the treatment landscape as they are in other countries. In fact, she feels it’s more likely we’ll see this change happen as quickly as in the next five years. “I expect these treatments will enter the market as quickly as possible,” she added. “There’s interchangeability and then there’s automatic substitution, and though there are some barriers to the latter at the state level, I think we’ll be able to overcome those as an industry.”

But what I found particularly interesting food for thought for the next decade or so of biosimilar development is where the industry is headed and what evolutions we’ll be facing. We’ve only just begun looking at what is needed from a regulatory standpoint to support more biosimilar manufacturer investment in orphan drugs and other small population products. Now that we’re seeing the arrival of gene therapies as well, Frame posed the million-dollar question: “How do you copy a gene therapy?”

“I think there will be a whole new industry,” she concluded. “As the industry becomes established much more quickly in the future, we’ll be facing a new spirit of innovation and having a different conversation that will allow a new industry to evolve.”