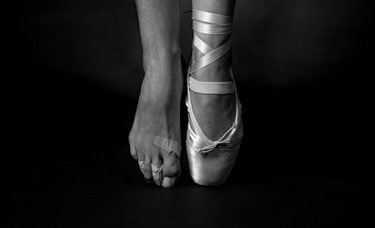 It’s been a few weeks since the dust has (sort of) cleared from Peter Bach’s and Mark Trusheim’s widely-read Wall Street Journal editorial declaring the biosimilar space — after a meager four years with only a handful of products — to be ineffective at bringing competition. Their solution? Eliminate biosimilars altogether in favor of price controls. So far, many stakeholders have jumped up and published their own editorials disagreeing with Bach and Trusheim’s arguments. In fact, I will be tackling this topic myself with the help of several brilliant economic minds in the December 2020 Outlook edition of Life Science Leader. (It will also be published on Biosimilar Development, so stay tuned!)

The ramifications of Bach’s and Trusheim’s arguments have been felt throughout this industry. Though their proposal has been primarily met with incredulity, I’ve heard some agreements with them, the most painful of which to read have been from patients on social media vehemently against deterring patients from innovative trials for comparative efficacy trials in biosimilar development.

Overall, arguments calling into question the value of biologics competition tie into what I think is an even more important question worth asking in this country: What global responsibility does the U.S., as the largest pharmaceutical market, have in terms of promoting greater access to medicines?

I’m not going to lie to you, I’m tired of hearing the word innovation.

Please don’t get me wrong: pharma is doing some incredibly innovative things with their R&D resources (as one of my colleagues will show you on Biosimilar Development’s sister-site, Cell and Gene). Despite the downfall of Pharma’s reputation in recent Gallup polls, I have always had a sense of pride in writing about and for pharma, and I’ve met some truly great minds. But from where I currently sit in the biosimilar industry, the industry as a whole is facing two challenging, abstract questions: What should count as innovation? And, for how long should that innovation be recognized and rewarded?

It’s been increasingly easy in the biosimilar space to become cynical about “innovation” when we’re faced with products that are surrounded by walls of literally hundreds of patents. What used to be a handful of five to 10 patents in the small molecule space decades ago has increased to more than 70 per drug, especially as more companies have been primarily investing in the arduous task of biological development. The product that is regularly cited when we talk about patent abuses is Humira, but just as tricky on the legal front is Amgen’s Enbrel which may receive market exclusivity until 2029 per a recent court ruling — that’s 30 years of market exclusivity in the U.S. (And we thought waiting until 2023 for Humira was trying. Sandoz is appealing, obviously.) Though we are celebrating the launch of Amgen’s biosimilars Kanjinti and Mvasi — the first two complex oncology mAb biosimilars — it’s important to note that they’ve launched at risk, meaning Amgen could be faced with a pretty hefty fine if they’re found to be infringing a certain number of Genentech’s patents. Despite the challenges biosimilar companies have faced in winning patent legal battles to date, I was also just introduced to new(ish) legislation that threatens to eliminate the Inter Partes Review process for biosimilar and generics makers. This process which enables competitors to more quickly and cheaply challenge patents is currently under fire in favor of… you guessed it: “Protecting innovation.”

Though the number of patents alone for certain drugs can be staggering, another question that begs to be answered is, should all innovations be treated equally? Attorney Robin Feldman articulated this question well when she wrote an article for STAT entitled, “‘One-and-done’ for new drugs could cut patent thickets and boost generic competition.” In her article she states that there should only be one period of patent protection in an effort to cut down on patent walls and the continuous addition of patents to the same drug. “More than three-quarters of the drugs associated with new patents were not new drugs coming on the market but existing ones,” she writes. “In other words, we are mostly churning and recycling.” In many cases, companies have taken to patenting changes in formulations, new devices, or delivery systems, which raises the question of whether the benefits for certain patients are worthy of extended patent life and market exclusivity, and the label of innovation that must be protected at all costs.

Of course, there are good and bad actors in every bunch, and in light of this complexity, Feldman’s article naturally received as much if not more push-back than it did affirmation.

Regardless of whether you agree with Feldman’s proposal or not, it still is a hard pill for me to swallow (pun intended) to embrace any proposal that would allow innovative drug companies endless ownership of the market. The patent walls and minimal adjustments to existing drugs speak volumes to me about the length companies will go to alleviate the pressures of needing to regularly innovate. Would we have seen AbbVie’s latest Skyrizi, which is poised to become the next Humira in plaque psoriasis, if the company were promised, right out the gate, that it would be guaranteed endless market exclusivity for Humira with no threat of competition?  I remain unconvinced.

One proposed solution I’ve heard is that innovators would be required to put a certain amount of money towards R&D in exchange for life-time exclusivity. In theory, that sounds like a great idea, but I also worry there are gray areas surrounding how that would be enforced or if it would actually result in continued innovation.

For instance, as Biosimilar Development editorial board member Edric Engert shared in a recent contributed article, reviewing the income statements from several Big Pharma firms in 2018 revealed much higher spending in areas outside of R&D. Similarly, as long as companies are capable of launching a product and raising prices up to 10 percent a year, they’re likely to continue to see growth in their revenue and even larger increases in profits without the need to expand pipelines. Engert’s main concern overall is that complacence can impact a company of any size regardless of long-term financial goals. As long as there is no threat of competition, what rush would there be to seriously use the 20 percent each year they’d be required to put into R&D? And who’s to say we’d actually have new drugs entering the market, as opposed to just continued changes to existing products?

What Role Does The U.S. Play In Global Access?

It goes without saying that the decisions we make do not just impact our own citizens. In the biosimilar space, we know how crucially important it is for the U.S. biosimilar space to succeed. Should it not, the question we would be faced with would be, will there be incentive for biosimilar firms to continue biosimilar development for the other nations that need competition? We’ve seen great success with competition in certain European countries, and there still exist valuable market opportunities in Brazil, Russia, India, and China. But the U.S. is a promised land, of sorts, for pharmaceutical manufacturers. Though many U.S. citizens have issues affording medicines, we still have availability of medicines with partial to full insurance coverage where many countries do not have access at all.

Hence, competition has proven to be a critical part of other healthcare systems. My brain is jam-packed with five years-worth of examples of how the entrance of biosimilars in different nations have freed healthcare resources to enable insurance coverage of novel drugs. The latest example of this is in Canada, where the British Columbia transition program introduced patient communities to innovative drugs Talz, Jardiance, and a much-needed gastroenterology diagnostic test. The presence of biosimilars in the market has also led to advancements in treatment choice and enabled patients to access biologic treatment for the first time — the Czech Republic being a great example. While patients had to undergo available, less-effective treatments for as long as eight years before being granted coverage of the biologic, the entrance of biosimilars has driven gastroenterology biologics usage to upwards of 70 percent.

Without the promise of biosimilars in larger countries such as the U.S., other countries would no doubt remain limited in treatment access — and so would patients in the U.S. And what exactly is the point of the pharmaceutical industry if its innovations — whether new or old, innovator or generic or biosimilar — aren’t actually reaching patients in any nation?

You may have differing opinions about the role the U.S. should play in ensuring other countries are capable of addressing their healthcare needs. But I fail to understand how eliminating competition would be good for overall innovation. Even on a practical healthcare spending level, we’re bracing for the arrival of important cell and gene therapies and we don’t know how we’re going to pay for them. Eliminating competition which will enable us to pay for these treatments would be irresponsible for patients and the industry globally.