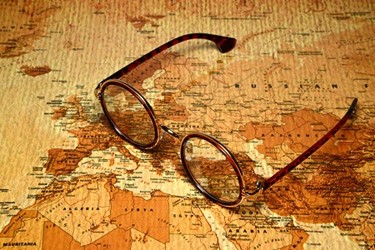 Outside of the European markets, when I think about the great need for biologics, I often think of the large emerging markets. In the past few weeks, I’ve written about (and visited) Brazil. Within the last year, I’ve also focused on the use of biosimilars and similar biologics in Russia and I’ve had a handful of contributors tackle the widespread use of similar biologics in India. In October, I’ll be attending DIA’s virtual conference session “Biosimilars in China” (and I’d encourage you to do the same).

But for someone who writes about biosimilars and the opportunities they pose for accessibility, I’ve spent little time considering the countries outside of the emerging markets — the low- to middle-income countries that could benefit greatly from biosimilars. Though there’s much to write about the successes and pitfalls in the European, U.S., and Canadian biosimilar markets, it turns out there’s quite a bit that biosimilar makers need to learn about the countries off the beaten market-access path. And in many of these nations, the capacity for a biologics market already exists. After all, vaccines have been used around the world for decades, and these have required similar complex development and administration protocols and an advanced supply chain. (Of course, this does vary from nation to nation.)

At the Medicines for Europe Biosimilar Medicines Group conference in April, Jayasree K. Iyer, the executive director of The Access to Medicine Foundation (the Foundation), presented a call to action to biosimilar makers. It is possible to bring biologics into the developing world; it just requires a different way of looking at these medicines. And given the growing tide of discussion surrounding access to affordable medicines and IP management in hard-to-reach nations, this path should be right up the biosimilar industry’s alley. As companies learn through this first wave of anti-TNF and oncology biosimilars, the time is ripe for considering new market access strategies and opportunities for second- and third-wave biosimilar investments.

“We shouldn’t be waiting 10 years to think about how we can bring products to people in low- to middle-income countries,” Iyer said. “We should think about this as we’re developing these products. It’s important that biologics and biosimilar manufacturers realize that the U.S., EU, and Japanese markets are not the only ones that need the development and launch of these products. Biosimilars should be a global endeavor.”

For those of you who may be unfamiliar, the Foundation is a non-profit research institute based in the Netherlands. Founded roughly a decade ago, the organization evaluates the policies and actions of many Big Pharma, biotech, and generics companies to understand best practices, market-access efforts, and the gaps that exist in product implementation. The Foundation also ranks the work companies are doing in pricing, R&D, licensing, and donations in more than 100 low- to middle-income countries. You may be familiar with some of the Foundation's publications, including The Access To Medicine Index, The Antimicrobial Resistance Benchmark, and The Access To Vaccines Index (all of which are available for free online). Although the organization’s research has looked at non-communicable diseases, cancer has not been one of its focus areas. But a recent report has delved into innovator company efforts in cancer care, which has become a critical area for biosimilars, too.

“There is a growing demand for biologic medicines in low- to middle-income countries,” Iyer said. “However, the capacity and infrastructure that is needed to take on biologic medicines, administer them, and monitor the outcomes is something that greatly needs investment.”

Iyer pointed out that she’s seen an increasing number of companies forming partnerships or coinvesting in developing capacity in specific countries. In fact, Iyer is observing some companies moving beyond transactional relationships to improve capacity, particularly in the cancer and noncommunicable disease space. For innovators and biosimilar makers to continue down this path, they will need to think about the factors that will make biologics available for the developing world more quickly. She offered a few examples of recent activity, including IP sharing, licensing, tech transfer, and capacity building. Quality control and pre-qualification will also play a critical role. (Indeed, the WHO is establishing a pilot prequalification program for rituximab and trastuzumab biosimilars.)

Why You Should Read This Access To Cancer Care Report

Making plans to enter any new market is no doubt a daunting task. But luckily, we’re not without examples of how companies have strived to improve access to their treatments in low- to middle-income countries. And thanks to the Foundation, many of these examples have been laid out in the organization’s research reports. As I mentioned earlier, the organization recently published a report highlighting the work being done in developing countries: Improving Access To Cancer Care: The First Analysis Of Pharmaceutical Company Actions In Low- And Middle-Income Countries.  Not all of the medicines discussed in this document are large molecules. But it’s still a great resource to understand the developing market access strategies for some of the biggest innovator drugs facing competition — for instance, Roche’s Avastin and Herceptin. For biosimilar companies looking to get started, I’d urge you to search for strategy inspiration here.

In the U.S., we’ve unearthed the deep ties innovators have with patient and physician organizations. It’s these relationships — and the many initiatives that have fostered knowledge of and trust in their product — that are thwarting biosimilar advancements today. Last year, someone I follow- on Twitter posted a poll asking which of four innovator companies was best positioned to defend against biosimilar competition. The winner (out of 102 votes) was Roche/Genentech with 39 percent of the vote. After reviewing the Foundation’s cancer access report, I have to agree with those who voted for Roche. As the biosimilar industry aims to expand its breadth globally, it’s clear several innovators — especially Roche — are doing a thorough job of finding niches in low- to middle-income markets. I hope you’ll find yourself riled up with a new sense of competition.

In its report, the Foundation covered the core areas in companies’ access initiatives, including pricing initiatives, IP policies, and capacity-building initiatives. Overall, the report revealed that, of the 107 countries that fit the designation of low- to middle-income, pharma companies are active in 63 countries. Some of the most popular South American countries for cancer medicine access initiatives are Brazil, Mexico, Columbia, and Peru. Sub-Saharan Africa has the most initiatives overall, with 50 initiatives, roughly half of which are in general capacity building, followed by funding. Kenya, China, India, and the Philippines are also popular countries of focus, especially when it comes to special pricing programs.

Each of these areas are deserving of their own articles. But for the purpose of this article, I was most drawn to the capacity-building efforts, given the critical needs for education and tailored solutions to address both affordability and healthcare capacity in developing nations. Take Roche, for example, the capacity-building efforts of which span five pages alone in this report (that is one of the longest, if not the longest, examples in the report). In Vietnam, the company worked with the Ministry of Health to create and implement an awareness program that included screening for women over 40 and a series of social events for attendees to share their experiences. It also helped provide breast cancer training for over 600 healthcare professionals and led to the creation of several patient organizations.

In China and Indonesia, the company launched public awareness seminars and workshops in various therapeutic areas, published and distributed thousands of brochures, pamphlets, and videos, and even sponsored several social media campaigns. Some of the more unusual or interesting forms of outreach took place in Colombia. In 2013, Roche collaborated with the National Prison and Penitentiary Institute (INPEC) to promote a breast cancer awareness project, reaching 6,500 women in Colombian jails. (Prison systems in general could be an interesting and controlled environment for biosimilar education and access campaigns, could they not?)

All this said, there are, of course, nations where many of the leading cancer treatments remain unaffordable or financing is unavailable. Hence the Foundation’s growing interest in biosimilars. Iyer said that advancing regulations and demand for biologics all hint that it’s a good time for the Foundation and companies to start thinking about biosimilar market access best practices for these nations. This will, naturally, be a multi-stakeholder effort; regulators, governments, and pharma companies will be responsible for establishing markets in any nation. But companies are well equipped to handle many of these efforts. As Iyer explained, companies have the capabilities to modify their products to make them more suitable and affordable for use in the developing world. She is also encouraged by the strength of companies’ supply chains, which could support the healthcare infrastructure to introduce biologics in low- to middle-income countries.

In an upcoming article, I will dig into what biosimilar companies need to know about the potential for biologics usage in low- to middle-income countries and how companies can begin approaching these markets. Stay tuned!

How do you define a transactional relationship versus one needed for a middle-to-low income country?