Biosimilar News You May Have Missed During COVID-19 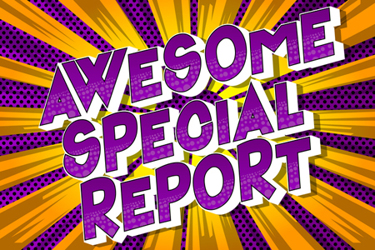 It has been a wild couple of months for the pharma industry (and for the world). I hope that you and yours are all staying healthy and that your new pandemic hobbies are going well. (Hiking, ballet, breadmaking, anyone?)

As is only right, 2020 has been focused on flattening each nation’s curve and braving the perils of drug development to find COVID-19 treatments. All things considered, it has been a quiet(er) year for biosimilars, with much of the conversation now centered around how biosimilars will be one of the tools to help the financially strapped healthcare system recover. There have been a few exciting pieces of news and industry movements that are worth noting as we approach Fall. In general, I anticipate these topics will continue to come up and/or shape biosimilar conversations in the years ahead.

One of the first interviews I had five years ago when I started writing in the biosimilar space was with Sandoz’s Hillel Cohen on an educational initiative he and Boehringer Ingelheim’s Dorothy McCabe had published. This summer, these two joined forces again to publish one of the most talked about publications of the year so far in BioDrugs: “The Importance of Countering Biosimilar Disparagement and Misinformation.”

A point that has been driven home by multiple patients (and other stakeholders) over the years has been: “words matter.” As Cohen and McCabe outlined in their publication, the biosimilar message has been misconstrued in quite a few problematic ways over the years. But as they also point out, the BPCIA legislation introducing the U.S. to the concept of biosimilars and interchangeables also played a role.

Terms like “biosimilar,” “abbreviated pathway,” and “interchangeability” were all born from that legislation, which McCabe and Cohen argue “has led to confusion in the USA” about the strenuousness of the biosimilar regulatory review process and the quality profile of biosimilars — especially compared to interchangeable biologics. Though the BPCIA’s language has been discussed quietly in the corners at conferences, this is the first time (in my recollection) that it has been publicly documented as a source of confusion and as a gateway to further misinformation.

I’ll admit, when I started writing in this space, I anticipated the biosimilar manufacturing process would be a central topic of discussion. After (seemingly) 12,000 Biosimilar Development articles on commercial and regulatory issues, that clearly did not turn out to be the case. Moving forward, however, I do see the tides changing. As the discussions around tailored biosimilar development keep gaining ground, companies must continue to put their best data forward highlighting their biosimilars’ comparability and quality, along with the overall strength of manufacturing process control and facility cGMP.

There were two recent publications worth singling out that rooted the industry into the manufacturing/quality frame of mind, the first in Expert Opinion on Biological Therapy entitled: “Approval of Biosimilars: A Review of Unsuccessful Regulatory Filings.” As lead author Anurag Rathore highlighted, the comparability exercise and lapses in facility cGMP/cGCP have been common issues leading to EMA and FDA biosimilar rejections. But even more critical for biosimilar makers has been establishing the necessary process controls to ensure the critical quality attributes (CQAs) match up to that of the originator.

CQAs may not have been quite as sexy when the industry was first starting out (depending on who you ask…). But since the shift in a CQA of originator trastuzumab reasserted the importance of process controls for all biologics, these have become a regular star of regulatory discussions. In fact, a recent literature review in the European Journal of Pharmaceutical Sciences sought to identify published QA assessments of (intended) biosimilars over the past 19 years. Lead author Ali Alsamil points out that, as biosimilar approvals increased, so did the number of publications showcasing biosimilar QA assessments. Such transparent and readily available information on QA assessments will be a critical factor in bolstering confidence in biosimilars — especially as the future regulatory paradigm shifts away from comparative efficacy trials for some biosimilar molecules.

Employers Are Turning Up The Heat

There has been a lot of biosimilar-related news coming out of employer organizations the past few months. Employer education has been a big topic of discussion on this site and at industry conferences over the years. As recent conversations have revealed, as well, some sites of care are even partnering up with regional employers to establish shared savings programs and to educate on biosimilar use.

We are roughly two years away from the arrival of biosimilars to Humira, which has employers’ undivided attention. Earlier this year, the National Alliance of Healthcare Purchasers Coalitions put forth an action brief on biosimilars in the pharmacy benefit. This places biosimilars even more firmly into the sightlines of the employer coalitions representing U.S. employers.

A number of the nation’s largest employers also have plans in the works (or already rolled out) to introduce biosimilars into their populations. For instance, at one coalition-sponsored event, several employers highlighted their plans and best practices for introducing biosimilars into their employee populations. One employer actually went so far as to establish direct contracts with biosimilar manufacturers and to launch its own infusion center for employees. While this will not be feasible for small and mid-size employers, it is a fascinating strategy to look out for as the nation’s largest employers strive to cut their specialty drug spending.

International Policies Under The Microscope

Policy discussions around the world have been plentiful the past few months. Perhaps the highest profile news in this arena was the release of IQVIA’s “Country Scorecards for Biosimilar Sustainability.” In the U.S., Europe is often discussed as a unified whole in which biosimilars are efficiently implemented, used, and saving millions of Euros. However, as these scorecards will review, Europe still remains a patchwork. For example, as the scorecard for Sweden highlighted, the allure of high rebates and the national- and county-level benefits sharing schemes often encourage the use of the higher-cost products in certain counties. I can hardly do justice to these scorecards in such a small space, so if you haven’t yet taken the time to explore the goings-on overseas, be sure to give these your attention.

Speaking of (familiar) policies outside of the U.S., did you hear that some stakeholders in Ireland want to jump onto the automatic substitution train? Though the IQVIA scorecards list automatic substitution as a problematic policy for biosimilar sustainability, the Irish Pharmacy Union is advocating for legislation that would permit pharmacists to substitute biosimilars at the pharmacy. France and Germany remain the only EU nations to be entertaining some form of pharmacy-level substitution.

Moving right along to North America: Canada keeps plugging away at implementing its large-scale biosimilar transitions. Most recently, British Columbia and Alberta announced they would be expanding their transition program to include Rituximab biosimilars in autoimmune conditions. If all keeps moving forward smoothly with these provincial transitions, IQVIA predicts that Canada stands to save CA$294 million.

Here in the U.S., all the talk about gainsharing overseas (and incentive-sharing in general) has made “shared savings programs” a hot “new” biosimilar industry buzzword. Thanks to a white paper by Alex Brill and continued pushes from The Biosimilars Council, The Biosimilars Forum, and several government officials, I think it’s safe to say we’re going to be hearing a lot more on this (and hopefully seeing CMS jump to action) in the year ahead.

“Throwing In The Towel On Biosimilars” Was Just A Bad Dream

It’s hard to believe it was only last year we were arguing tooth and nail against several high-profile editorials urging the U.S. to give up on biosimilars altogether. In just a year’s time we’ve gone from being a musty, disposable towel to living in “The Golden Age for Biosimilars.” (Crowns for everybody!) As analyst Ronny Gal highlighted earlier this summer, the growth of the oncology biosimilar sector over the past year has been hugely beneficial for certain biosimilar manufacturers — namely Pfizer and Amgen. (Coherus hasn’t been doing so bad either, despite Covid-19 and the recent bad formulary news from Express Scripts.)

While the growth in oncology has been a breath of fresh air, let’s not overlook what Gal formerly termed the “failed infliximab biosimilar market.” The infliximab biosimilar products haven’t had an easy market journey, by any means. But in addition to the (quiet) launch of Amgen’s Avsola in July, Merck’s Renflexis saw a nice jump in usage within the American Rheumatology Network (ARN). ARN, which is the largest rheumatology practice in the U.S., recently shared this fascinating chart tracking usage of Remicade, Inflectra, and Renflexis. As you’ll note, after March 2020, starts on Renflexis more than doubled, which ARN attributed to the strength of the product’s patient and practice support programs.

At the end of the day, Inflectra’s painstakingly slow rise to 10 percent market share over four years leaves a lot of patients wanting, and the healthcare spend isn’t getting any smaller. But at least from a business perspective, Gal is optimistic that, even for the most challenging biosimilar products in the U.S., the biosimilar business remains a fruitful corporate pursuit. Inflectra’s meager 10 percent of the U.S. market brought in $158 million in Q2’20. Pfizer’s 30 percent market share for Inflectra/Remsima in Europe earned $116 million.

In addition to Gal's analysis, 20 percent of respondents surveyed by Industry Standard Research for a report on bioprocessing market trends and outsourcing dynamics expect biosimilars will have the second greatest impact on biologics market growth over the next five years. (Not surprisingly, cell and gene therapies came in first place.)

So, in other words, keep holding onto that towel and throw some glitter into the air.