2 Efforts To Keep Payer Policies From Curbing Your Biosimilar's Uptake 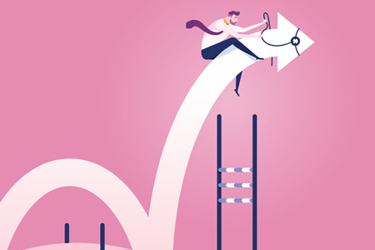 In a recent article, editorial board member Kathy Oubre, COO of Pontchartrain Cancer Center (PCC) highlighted a shift she has been encountering in the payer coverage for oncology biosimilars. As Roche’s blockbuster trio encounters as many as five or six biosimilar competitors, policies have been shifting from what thus far has typically been payer coverage parity between the reference product and biosimilars. Not only do these challenge oncology centers from an inventory and clinician decision-making standpoint, but certain payer decisions can also interrupt or slow down biosimilar implementation strategies on the clinic level.

Ultimately, many physicians acknowledge that payer policies are their own animal and, in many cases, will be out of physicians’ control. But this does not mean that payer policies cannot be reshaped or that we cannot encourage greater biosimilar buy-in. So many of the articles on this site are focused on how manufacturers can or are working to improve biosimilar uptake. But it is also good to note that a number of other stakeholders are aware of the power they, too, hold in improving uptake. During our conversation, Oubre highlighted several ways she and fellow oncologists are striving to educate critical stakeholders and draw greater state and federal government attention to payer policy and biosimilar use.

Educating employers has been a topic near and dear to my heart over the past few years; there are a variety of articles you can read on Biosimilar Development about ongoing employer discussions/efforts with biosimilars. (For a sampling, here are two of the latest articles.) As we creep closer to the arrival of Humira biosimilars in 2023, the National Alliance of Healthcare Purchasers, which represents employer groups across the U.S., released an educational initiative entitled, “Five steps employers can take to improve biosimilar adoption.”  Thus far, many employers have been waiting anxiously to see the emergence of the pharmacy benefit products (Humira/Enbrel) as these tend to be easier to manage from a health plan perspective compared to hospital-based drugs.

However, the need to better control medical benefit spend is becoming a higher priority for many employer groups. As the primary funders of U.S. health plans, employers’ power in negotiating with PBMs to ensure biosimilars are being implemented and cost savings are being realized by patients should not be underestimated. Oubre has been working with pharma partners and employer groups to educate on how employers can influence PBM formularies and overall biosimilar use.

“It’s important to start with the employer groups to educate them on what happens behind the scenes with contract negotiations and rebates and how these ultimately affect their employees,” Oubre said. “Bringing the concept of rebates and their trickle-down effect, or current lack of effect on employees’ healthcare costs, puts a human element to these discussions. That makes a huge difference.”

In working with employers, Oubre shared that many have expressed interest in seeing more educational resources coming from pharmaceutical companies. But in her work at PCC, as well as with the Community Oncology Association (COA), she has been fielding more requests lately from practices seeking biosimilar educational slide decks specifically for employers — especially as a number of larger practices are striving to better work with large employers and payers in their region.

“This is a very low-risk proposition that can essentially operate on top of or in addition to any other programs CMS is rolling out,” she explained. “Such programs also provide much-needed data around the savings that can come from biosimilar usage. As providers, we need to make collaboration with regional employers and payers on these types of payment models a norm.”

The benefit of having a proactive government is another critical element to increase biosimilars’ chance of success. However, the federal government is not the only one that matters when it comes to biosimilar uptake; there is still much room for state government support of biosimilars.

As she shared, one of her colleagues at COA was instrumental in laying out a pathway for the South Carolina state Medicaid program to introduce biosimilars, which, up until a few months ago, had not been available to patients. Given the success of this effort, Oubre and her colleagues are striving to create a playbook of best practices for physician practices and other interested parties to use to collaborate with their state Medicaid program on biosimilars. “Not everyone has experience working with their state Medicaid or their local legislators, so we’re aiming to provide some best practices from those who have had success,” she added.

In addition, Oubre and her colleagues are beginning to solicit information from within PCC and other oncology practices about the biosimilar implementation challenges they have been facing, particularly as it relates to payer and reimbursement policy. In situations where payer policy has dictated the use of the reference product as opposed to the lower-cost biosimilar, for example, there needs to be a better understanding overall of whether such business decisions impacted a practice and its patients financially — especially because rebates for formulary placement do not come back to the patient.

Over the past few years, COA has aimed to showcase the patient-side of oncology care, especially the experiences facing patients following certain payer policies or actions. To complement its “PBM Abuses” campaign and to better understand the long-term impact of payer policies, COA recently rolled out an initiative nationwide among practice members to collect data around the emerging cost differential between biosimilars and their originators for oncology patients. This data will then be presented to Congress to shine light on the importance of biosimilars becoming a regular part of cost-effective oncology care.