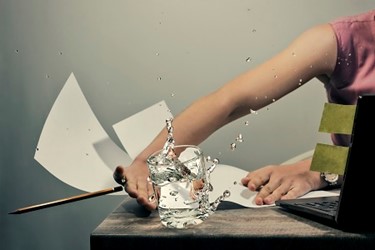 In the past year, there have been a seemingly unquantifiable number of changes and policy proposals poised to impact reimbursement in the Medicare Part B space. As I discussed in a previous article, biosimilars have had (supposedly temporary) Q-codes for as long as years, and the Neulasta biosimilars are the first to have a different descriptor than their originator product. Similarly, while pass-through status became a hot topic in the biosimilar world last year, a federal court ruling revoking a highly contested payment structure change under 340B plans could make the discussions a little less intense over the next year.

But there remain other intriguing and potentially concerning developments in the Part B space that could directly or indirectly impact biosimilars. Molly Burich, director of public policy, biosimilars and reimbursement for Boehringer Ingelheim and Biosimilar Development editorial board member, discussed several of these policies in her presentation at the 2019 CBI Biosimilars Summit. Between introducing step-therapy into Medicare Advantage plans and news of the yet-unclear Medicare International Pricing Index (IPI), there are many questions about how biosimilars could be impacted in the long run.

Overall, a recurrent theme of Burich’s presentation was the need for reimbursement and financial stability in the Part B space. As policy makers release new policies to reduce healthcare spending, it’s imperative that biosimilar companies emphasize that lowering drug prices and cutting reimbursement are not the same thing. The latter could have serious consequences for critical classes of medicines, including biosimilars.

One of the most notable announcements from last year was the introduction of step-therapy in Medicare Advantage plans. This was a huge deal because, up to this point, this benefits management tool (typically used in Part D) has never been permitted in the Part B space. Not only does this policy permit payers to better manage certain Part B drugs within the Medicare Advantage program, it could also enable plans to require that biosimilars be used before more-expensive reference products.

But before we get too carried away by this news, Burich cautioned we must level-set our expectations of how influential this policy will be for biosimilars — at least in the beginning. “From a paradigm perspective, this is a big change,” she said. “But in terms of the lives that will be impacted, the fact that it only applies to Medicare Advantage means it’s a smaller part of the pie.”

So far, UnitedHealthcare, Aetna, and Humana have announced they are implementing step-therapy policies under Part B, but there are few details surrounding what they are doing or how it will impact biosimilars. Overall, payers are limited in terms of how this policy can be used. Not only is it limited to Medicare Advantage, but CMS has also limited step-therapy strictly to new starts. Similarly, questions remain about how the appeals process will shake out under the new policy. As Burich described, the appeals process is different than the traditional Part B appeals process — for instance, it’s unclear how long the review period will be — and this raises concerns about delays in patient access.

“It’s not a fully established policy at this point, and CMS will likely continue to tweak it moving forward,” Burich said. “How much impact it will have on the industry and Part B space as a whole is still unclear. But this move did and still does represent an opportunity for biosimilars. For example, in the case of Inflectra and Renflexis, we now could see a Medicare Advantage plan prefer the biosimilar before the patient can access any of the brands.”

It’s important to note, however, that it is not clinically appropriate to fail on a biosimilar — for instance, Renflexis — and then be placed on the reference product Remicade. Rather, should a patient fail on an infliximab biosimilar, they would then be allowed to receive an entirely different anti-TNF, Humira or Enbrel. “This is a nuance of this policy, but it’s a critical one,” Burich qualified.

This nuance may seem like common sense. But as a 2018 Avalere Health report revealed, many payers’ biologics step-throughs stipulate a patient must fail the brand product before they’re eligible to receive the biosimilar, which opens the door for confusion and potentially even clinically inappropriate decisions.

There were also a number of questions about how introducing step-therapy into the Medicare Advantage plans could potentially impact commercial plans in the future. As larger pharmacy benefit managers (PBMs) continue merging, the jury is still out on how these consolidations will impact payers’ use of step-therapy in Part B as well as overall reimbursement in the medical benefit. According to Burich, PBMs have long wanted the ability to manage the medical benefit, and between the large mergers and this new CMS step-therapy policy, she expects there will be more efforts on the commercial side to impact medical benefit spending. After all, as she pointed out, it’s not unusual to see commercial plans follow in CMS’ footsteps.

Overall, Burich was optimistic that the commercial side eventually will take a page from CMS’ book and explore more ways of managing medical benefits. “There’s no question that specialty drug costs are unsustainable,” she said. “Shifting costs to the patients isn’t helping — that’s just creating access issues. The hope is that future biosimilar launches will be a catalyst for some of those policy changes to take shape in a meaningful way.”

Biosimilars And The IPI Model: The Devil Is In The Yet-Unknown Details

Over the past few months, Biosimilar Development has published several articles about how Medicare’s IPI could affect biosimilars. First up was Ron Lanton’s article, which dove into and analyzed the text of the policy. This was followed most recently by Stanton Mehr’s article sharing different stakeholders’ opinions on the topic. Luckily for us, Burich also chose to tackle what remains a tricky policy from a logistics and biosimilars standpoint.

To put it very simply, the IPI aims to help the U.S. cut healthcare costs by lowering drug reimbursement to levels we’ve seen in other countries, particularly in Europe. (There are, of course, many reasons why these differences in costs exist in other countries, but that would require a whole different article to explain.) In order to introduce these lower prices, CMS proposed taking prices from other countries and blending them (somehow), in turn creating the EU index price. After combining this index price with a drug’s U.S. average sales price (ASP) we would arrive at the lower price at which physicians will be reimbursed. The government’s hope is to see reimbursement in Part B reduced by 30 percent — a significant percentage.

Several aspects of this policy remain unclear or even illogical. For one, this policy as it is proposed stands to punish providers and potentially patients (in the form of reduced access) for manufacturers’ pricing behavior. “Cutting prices and cutting reimbursement are not the same thing, and it’s concerning that not all stakeholders understand this key difference,” said Burich. There are also concerns about adopting international reference pricing as opposed to maintaining our quarterly ASP mechanism, which is transparent and requires all discounts to be reported. This move toward international reference pricing is, as Burich called it, “a head-scratcher.”

In addition to introducing a mystery vendor to implement this policy (a wholesaler? A health plan? A PBM?), there are inconsistencies that could arise on the access and reimbursement side of things. This demonstration program is expected to involve 50 percent of physicians in the U.S. As such, one patient could be infused at an outpatient clinic, which is reimbursed for 30 percent less under the IPI model than another doctor across town who provides the same infusion to a different patient. (That’s “Twilight Zone”-level stuff right there.)

Overall, Burich expressed concerns that this policy could pose greater risks for biosimilars than reference products because it could promote unrealistic pricing expectations. As alluring as the 60 to 80 percent discounts in the EU might be for biosimilars here in the U.S, it would be dangerous to hold the U.S. biosimilar industry to this level of discounts — not to mention, it’s also proving to be tricky from a sustainability standpoint in Europe these days, too.

But, as Burich acknowledged, “The devil is in the details, and we don’t have those details yet. CMS received a lot of different comments proposing that we should think about different ways to cut prices. So, only time will tell how the IPI evolves.”

What Is The Underlying Goal Of These Policies?

Throughout Burich’s policy discussion as well as during other panels at the conference, much attention was paid to the changing reimbursement structure in Part B. In fact, as attendees smartly pointed out, through these policies, it’s clear the administration is putting forth a lot of effort to alter or tweak how physicians are paid. But I found one question particularly intriguing — has there been any consideration of disassociating physicians’ payments from the cost of the drug entirely?

Burich agreed the government is seemingly toying with the idea of removing physicians from the buy-and-bill landscape via the IPI.

“Tying reimbursement to the price of the drug could be mitigated with the IPI model — especially when we consider the plans to introduce a vendor that manages inventory into the equation,” said Burich. “However, a lot of that discussion has taken a backseat to criticism over the implementation of international reference prices because of the instability this would introduce into the system. The administration is thinking about how to adjust buy-and-bill. Carrying out a demo under the Centers for Medicare and Medicaid Innovation is where they have the most authority to do it.”

That said, the question remains how separating drug price and reimbursement amount in Part B could actually be accomplished. As Burich acknowledged, making big changes like this to Medicare Part B would require substantial statutory change. And, as we know, statutory changes do not happen overnight.

“If we want to transition physicians out of buy-and-bill, then that requires a very large change to Medicare Part B,” she offered. “Then, all the other payers presumably would follow. But how we get there is really hard, because that’s a statutory change.”