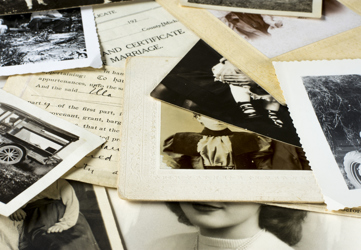 It has been an incredible year for biosimilars in Canada. Since British Columbia announced last May it would be implementing a province-wide transition to infliximab, etanercept, and insulin glargine biosimilars, Alberta has since followed suit. (Ontario also announced its intentions to transition to biosimilars, however this effort is currently on hold due to the pandemic.)

Now, British Columbia (BC) and Alberta are at it again. Over the next six months in BC, 1,600 patients being treated for RA, M.S., Wegener’s granulomatosis, and microscopic polyangiitis granulomatosis polyangiitis with Rituxan will be transitioned to one of three newly available biosimilars — Truxima, Riximyo, or Ruxience. BC anticipates this will incur an additional $31 million in savings over the next three years on top of the $97 million expected from earlier phases of the biosimilar transition. Though Alberta added Truxima to its transition line-up in early June, as of late August, the province has also included Riximyo and Ruxience.

In the past few months, Biosimilar Development has covered the ins-and-outs of Canada’s complex public and private healthcare system, patient populations' responses to the transitions, and provinces’ and advocacy organizations’ efforts to establish the necessary transition frameworks. However, despite the fact the transitions have been widely celebrated for their cost-savings potential, there have also been some patient and physician populations voicing their concerns about such policies.

Education, education, education has been an industry motto since day one. Given the flurry of biosimilar-related activity ongoing (and forthcoming) in Canada, Sandoz Canada took a huge step this summer by launching a brand-new educational campaign known as The Biosimilars Generation. Following the launch of The Biosimilars Generation, I was happy to sit down with Karine Matteau, VP, bio-generic hospital and physician channel, head of biosimilars for Sandoz. In addition to sharing the goals of the educational initiative, she also discussed some of the systemic challenges facing biosimilars in Canada and how biosimilar companies and governments can encourage greater biosimilar buy-in among all stakeholders.

The Campaign At A Glance: A New Generation Of Medicines & Citizens

The rise in biosimilar approvals by Health Canada (now at 25) combined with the wide-scale provincial transitions encouraged Sandoz Canada’s decision to launch The Biosimilars Generation. In looking at the website, you’ll note that there are resources on the science behind biosimilars and the regulatory pathway for both patients and healthcare providers. However, there is also a tab dedicated to “All Canadians.” As Matteau pointed out, biosimilar education is also important for the general population because of the opportunities biosimilars offer the entire healthcare system. Even a citizen who is not transitioned to a biosimilar treatment may find that these provincial transitions enable a family member to be treated earlier or for the first time on a biologic. A citizen could also be able to receive a new treatment not previously covered by the provincial health plan due to the savings realized from biosimilar use. Hence, why Sandoz Canada is approaching this new time in the Canadian biologics industry as new generation.

“We decided to call it The Biosimilar Generation because we see the different stakeholders involved directly or indirectly by the arrival of biosimilars as a new generation of Canadians altogether,” she explained. “This generation comprises patients, healthcare professionals, payers, caregivers, and citizens that are all invested in the long-term sustainability of the healthcare system in Canada.”

This educational effort was also important for building Canadians’ trust in Sandoz Canada as a biosimilars manufacturer. Physicians consider a number of factors when selecting a biologic treatment, including a reliable history in biologics manufacture and supply. Sandoz’s reputation in the U.S. and Europe as a biosimilar maker is well established — at least for those of us familiar with the industry. However, the company also boasts a large portfolio and history in the small molecule generics space; in fact, Sandoz Canada is now the number two generics company in the country, and number one in Canadian hospitals. As such, Matteau explained that The Biosimilars Generation was also important for positioning the company as a trusted supplier and partner for patients in the biologics sector.

Given Matteau’s oversight of both physician and hospital channels, I was curious to learn more about how administration and reimbursement via these different channels can impact patients’ willingness to transition to biosimilars.

As Matteau explained, the company recently launched its oncology biosimilars Ziextenzo (pegfilgrastim) and Riximyo (rituximab). Pegfilgrastim (and its predecessor filgrastim) biosimilars are prescribed by oncologists in a hospital setting, however Canadian patients typically receive the treatment from a retail pharmacy because it is administered via self-injection 24-hours after chemotherapy. (That’s quite different from the U.S. system which typically administers and reimburses pegfilgrastim under the medical/hospital benefit.) While Riximyo is primarily prescribed and administered in the hospital for oncology, the drug is also commonly used to treat rheumatology and other autoimmune conditions. Therefore, about a third of prescriptions for rituximab are filled through the retail pharmacy.

For non-oncology drugs — like infliximab — that are infused outside of the publicly funded hospitals, Canada boasts a large network of infusion clinics which are managed by third-party organizations. These infusion clinics administer brands from multiple manufacturers and are open to citizens, regardless of public or private insurance plans. However, because these sites of care are tied to a manufacturer’s patient support program, a transition can seem or feel like a disruption in care.

Managing this network of infusion clinics has been one of the biggest challenges for biosimilar manufacturers throughout the provincial transitions, Matteau explained.

“When I speak with physicians, payers, and provinces, the number one question they raise is whether the biosimilars will be available for each transitioning patient at their current infusion clinic,” she added. “Patients express concerns about whether they will need to travel farther to a new site-of-care or lose the relationships they’ve built with their current clinic’s nursing staff. So biosimilar manufacturers must reach out to the infusion clinics and make sure each site-of-care is integrated into our biosimilars’ patient support programs. This way, patients will feel they have the same level of support following a biosimilar transition.”

Matteau emphasized just how important these patient support programs are in Canada because of how closely they are tied to the administration and reimbursement of biologic products. Not only do they provide education and assist with the reimbursement and administration paperwork and process, these programs have also become a critical means with which patients afford their biologics. In fact, as one private Canadian payer shared in a previous article, originator manufacturers’ willingness to provide free infusions of the reference product through the patient support programs has encouraged originator adherence when facing a transition under a private health plan.

Given Canadian patients’ reliance on these programs for routine care with their biologics, biosimilar manufacturers must also provide reassurance to patient populations that the patient support will continue following a transition.

Other Critical Factors For Success In Canada

As we anticipate future provincial biosimilar transitions, I was curious to hear Matteau’s thoughts on how real-world evidence (RWE) might also be used to educate and reassure Canadian patients and physicians of biosimilars’ value. This is one area that was identified as a must-have in a national consultation on biosimilars released in 2019. However, the national consultation also revealed that Canadian stakeholders would be more comforted by Canada-specific data.

Recognizing these preferences, Matteau said that the EU experience has been an important means of education for Sandoz — especially in preparing to launch Riximyo. The rise of digital conferences and meetings throughout the pandemic helped the company connect Canadian doctors to EU physicians who have had two-plus years of experience with Riximyo (known as Rixathon in the EU).

Matteau anticipates that Canadians will also benefit from cross-provincial peer sharing as the provinces continue to implement their transition programs. “Though provinces have not made these transitions at the same time, we can point to one of the leading provinces, like BC and Alberta, and highlight the successful transition experiences of thousands of Canadian patients,” she explained. These experiences also present opportunities for provinces to collaborate with manufacturers and patient advocacy groups to establish registries that will add to the body of Canadian biosimilar RWE.

Matteau also anticipates that increasing trust and acceptance of biosimilars will come from transparency at the provincial level about the impact biosimilar savings have on healthcare spending and access. For example, B.C. has been regularly announcing the treatments and diagnostic tests added to the government formulary, thanks to biosimilar savings. As the BC government site shares, since May 2020, the formulary has been updated to include new asthma and RA treatments, as well as coverage extensions in asthma and Hepatitis C. As one health minister from Alberta shared at The World Biosimilar Congress in March, the province is still weighing its options in terms of how and where savings will be used; there are ongoing discussions about how the savings can be reinvested to improve healthcare at provincial sites-of-care or within specific therapeutic areas.

There is also the hope that governments can demonstrate that these savings have opened the door to biologic treatments for more patients. “Because of biologics’ costs, usage has been restricted to patients that have reached a specific stage of their disease,” Matteau offered. “However, in addition to overall financial savings, it would be beneficial for citizens to see that, because of these biosimilar transitions, physicians have increased the percentage of their patient population that have started on a biologic. We haven’t reached this stage yet as it is still early, but I’m optimistic that some provinces are already thinking this way.”